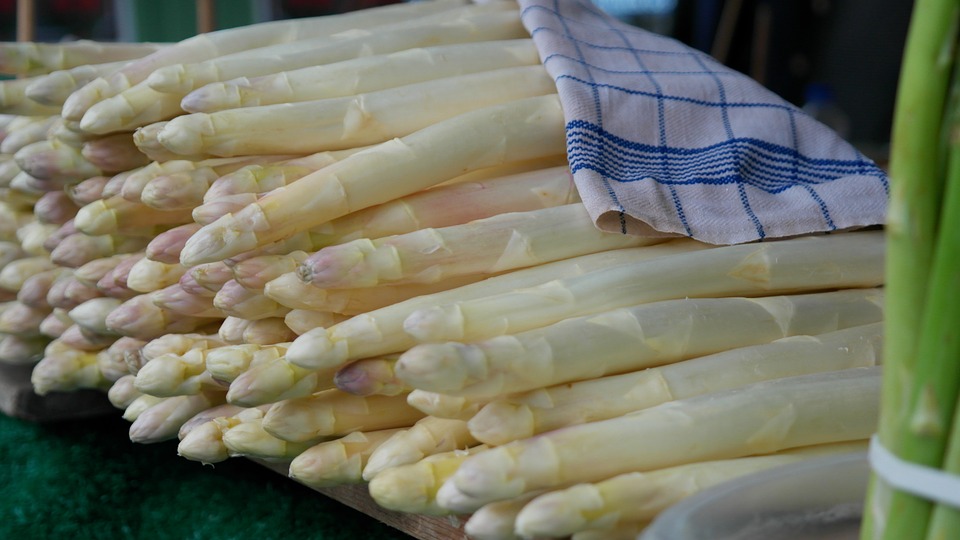 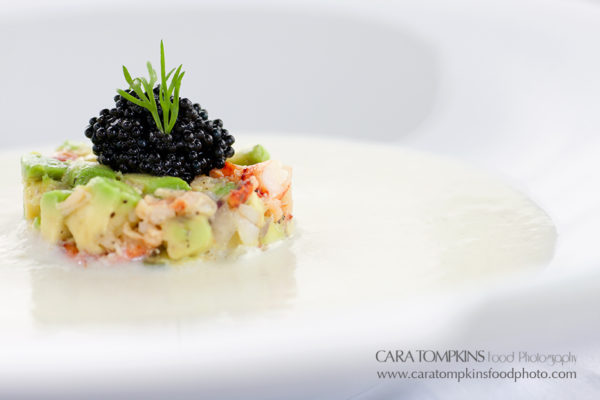 This soup was born in a Paris bistro, sort of. I noticed the gentleman at the next table enjoying a creamy white soup (probably made with white beans). When I spotted some white asparagus a nearby market, the rest of the idea came together.

salt and white pepper to taste

In a large soup pot over medium heat, warm butter until it foams. Sweat the onions, celery and white asparagus for 5 minutes (don’t let them brown).

Add the flour and stir to combine. Slowly add the stock, whisking to prevent lumps.

Add the white sugar and potatoes. Bring to a boil, then reduce to a gentle simmer for 20 to 25 minutes, or until potatoes are fork-tender.

Stir in cream and simmer for another 5 minutes. Finish with lemon juice, salt and white pepper to taste.

Purée in a food processor until smooth.

Place a 2-inch round mold in the centre of a shallow soup bowl.  Fill the mold with 2 tbsp crab and avocado remoulade; press down on mixture with spoon to hold shape. Slowly pour in about 1 cup of chilled white asparagus soup. Gently remove the ring. Drizzle the truffle herb oil over top. Repeat and serve.

salt and pepper to taste

In a medium-size bowl, gently mix all ingredients together and season with salt and pepper. Refrigerate until ready to serve. 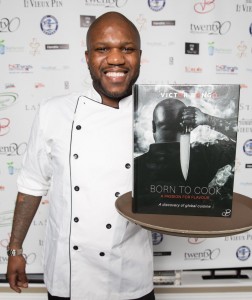 A talented African-Canadian Chef, Victor Bongo, who gained a respectable reputation by challenging culinary standards and incorporating a variety of ethnic flavours into his exquisite dishes. His first book, “The Excellence of Chef  Victor Bongo ” was published in 2009, in December 13, 2015 he launched his second cook book called “Born To Cook A Passion For Flavours” which has a great review by Bill Yosses the Pastry Chef of the White House.

Chef Bongo’s cooking style can be described as a fusion of global cuisine that incorporates the latest socio-cultural trends sourcing local ingredients from the farm to the table.  Chef Bongo is a member of the Canadian Culinary Federation of Chefs and Cooks and of the World Association of Chef Societies.

He credits the foundation of his career to his mentor Edmund Liew, a 3-star Michelin Chef who was part of the winning Team Canada- Alberta at The World Culinary Cup in Luxembourg.

Chef Bongo has worked at several reputable organizations in Vancouver, including the Marriott Hotel, the Four Seasons Hotel, and the Bacchus Restaurant at the Wedgewood Hotel. He has also had the honour of working for the Holland America Cruise Lines. One of the highlights of his culinary career as an Executive Chef was working at The Raven Hotel and Gourmet Restaurant in the Yukon; this restaurant is rated as one of the best restaurants by the “Where to Eat in Canada” National Food Guide.

Several articles have been published in numerous magazines and newspapers about Chef Bongo’s remarkable food creations, including The New York Times. Television producers have also taken an interest in Chef Bongo’s career: he has been invited twice by CTV to appear at  the cooking show for City Cooks, and he has also been invited to present a cooking show segment for Global TV.

In 2012, the prestigious Pilsner Cookbook featured a recipe of his. Recently, Chef Bongo was featured on 24-hour Newspaper as the “Outgoing Chef” who livens up Establishment Lounge.

A contributing factor to Chef Bongo’s success is that he is always willing to contribute and go beyond what is expected when participating in any event.  In 2013, he attended three significant events: Eat Vancouver, the Canadian Obesity Summit, and the Affiliation of Multicultural Societies and Services Agencies of B.C. Health Fair.

As part of his commitment and contribution to society in general, in 2014, he became involved in Doctor Greg’s Super Chefs program, creating healthy children’s menus for Westin Hotels around the world. Chef Bongo is currently working closely with Dr. Greg Chang of Super Chefs of the Universe, which is devoted to the prevention of childhood obesity. Chef Bongo and Dr. Greg Chang run a program that focuses on teaching children how to have healthy eating habits.

He has opened a company called ‘Bongo Nation’, appeared at the New York Times Travel Show, and been invited to join the Food Network celebrity stage.

Chef Bongo was given the “Chef of the Year Award”, in the Yukon Territories for four consecutive years (2008-2011), in recognition of his unique food creations. In addition, he was awarded a “Gold Medal as the  youngest Accomplished Chef “ in 2008 by the Canadian Culinary Federation of Chefs and in 2010, he was nominated as “One of the Top Ten Best Chefs in all of Canada” by the Chef’s Congress. In 2012, he created a menu which won him the “Gold Plate Award”.

In addition to his extraordinary work in the kitchen, Chef Bongo is dedicated to providing positive change in the community, both in Vancouver and in Africa. He is the Vice President of Chain De La Solidarite Nord Sud Foundation, a not-for-profit organization that provides assistance to people in developing countries around the world.

Board member director for The BC Chef Association

Proudly Happy To be The Ambassador for Canada for the Best Chef in The world . A part of an amazing group of Michelin Chefs around the world.