The city’s top bartenders will compete for the Boothby Julep Trophy and $1,000 cash prize at Reflections atop The Hotel Georgia on Friday, July 21

After four years as the anchor to one of Vancouver’s premier summer events, the 5th Annual Cocktail Jockey Mixology Competition has outgrown its traditional venue at the Grandstand Skybox Patio of the Hastings Racecourse. 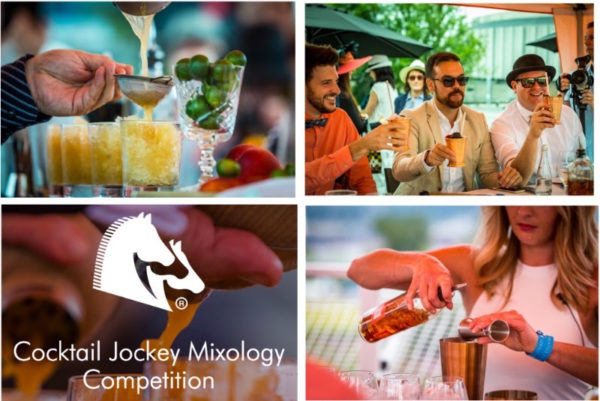 In order to accommodate a growing roster of competing bartenders and ever more exuberant public interest, this year’s battle for shaker supremacy will take place the day before the Deighton Cup, on Friday, July 21 from 12pm to 3pm, at Reflections at the Hotel Georgia Vancouver — making the Deighton Cup a two-day event.

The speed pour winner will receive a $250 cash prize and the main winner will receive a $1,000 cash prize as well as their name engraved on the coveted Boothby Julep Trophy, joining those of past champions Sean McGuigan (2013 & 2015), Cam Brown (2014), and last year’s runaway favourite, Kaitlyn Stewart. And last, but perhaps most importantly for the bartenders, the champion will have all attendant bragging rights for a full year.

In association with presenting sponsor, Piper-Heidsieck, the competition cocktail for this fifth anniversary year will be the Champagne cocktail – made with sugar, Angostura bitters, brandy, topped with chilled Champagne and a cherry on top.

“This year’s cocktail is going to be exciting for so many reasons,” says Alex Black. “The classic formula of spirit, sugar, bitters and bubbles will inspire a lot of creativity for the contestants. The biggest trick will be the ability to play with the formula but still respect the original while showing off the subtle flavours of Piper-Heidsieck Champagne.”

WHERE: Reflections at the Rosewood Hotel Georgia (801 W. Georgia St.)

A $25 Cocktail Jockey Mixology Competition ticket upgrade is available and includes guaranteed access to the event and a complimentary Bulliet Bourbon mint julep at The Deighton Cup on July 22. $5 per ticket will be donated to imagine1day.