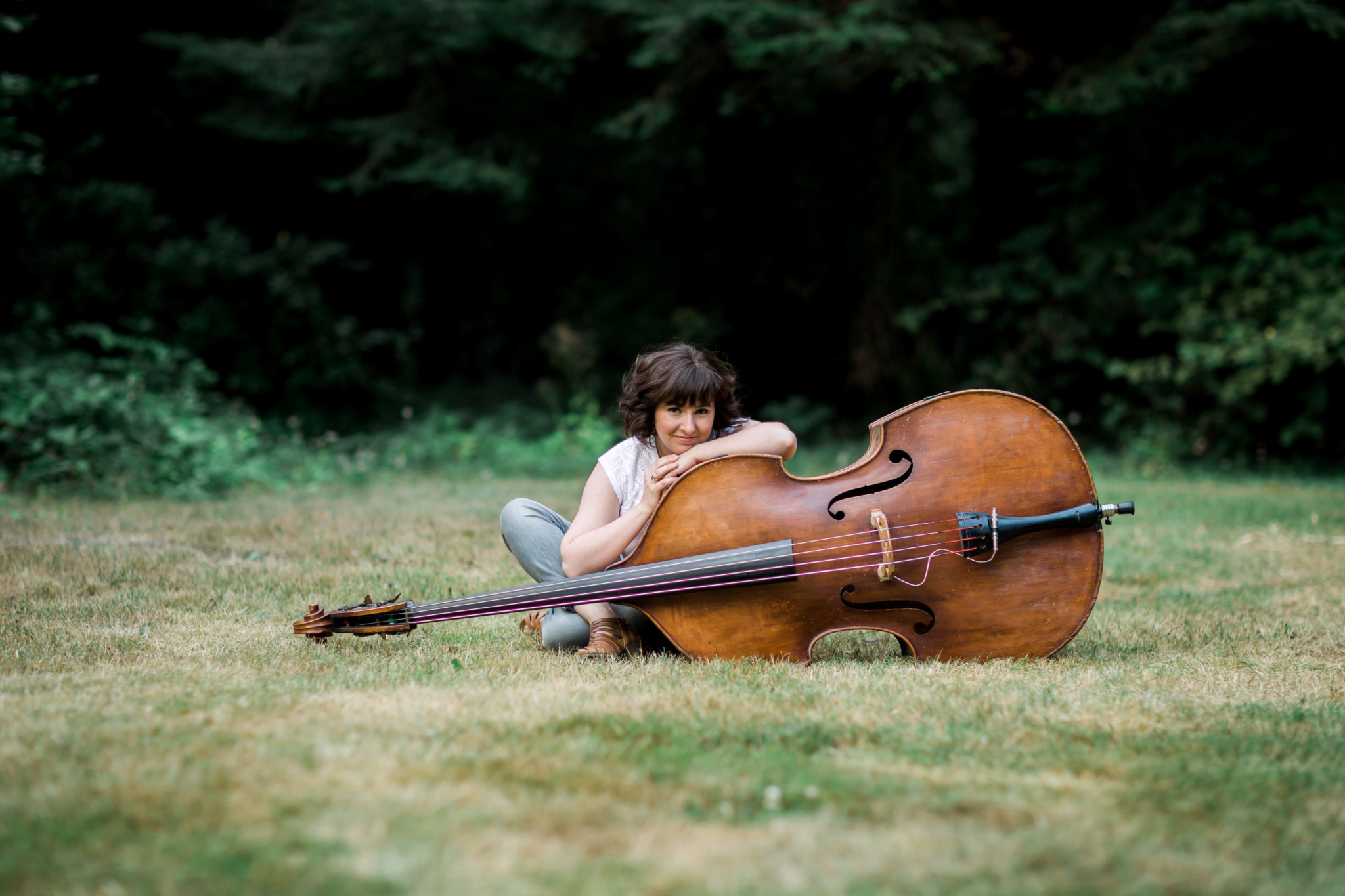 Rejoices in Resiliency and the Pendulum of Life
JUNO-nominated jazz bassist Jodi Proznick announces the launch of her upcoming self-produced album, Sun Songs, a project with her quartet eight years in the making paying tribute to life’s bittersweet rises and falls. Proznick’s decidedly personal album – the first since her acclaimed debut 2006 record Foundations – will be unveiled on November 23 at 8pm at Cellar Live’s official CD release party hosted by Frankie’s Jazz Club (755 Beatty Street).

“With Sun Songs I wanted to share a deeper part of myself with the world,” said Proznick. “Coming off the wonderful high after releasing Foundations, I found myself swept up by two events that would forever change me – the joyous birth of my son, and my mother’s tragic diagnosis of early onset dementia. This album is a metaphor for those experiences – the sunrise and sunset of life reminding us that each day is a gift.”

During the composition of Sun Songs, Proznick drew from the overwhelming emotions that arose from becoming a first-time mother while grappling with the gravity of her own mother’s condition. The resulting eight original works and one cover Proznick recorded for Sun Songs reveal a warm resilience heard in her signature pop and jazz sound. Filled with lush harmonies and fresh rhythms, and layered with exquisite melodies, each track on Sun Songs offers a unique beauty and solace.

Highlights from Sun Songs include Beautiful Again, inspired by Indigenous author Richard Van Camp’s children’s book, Welcome Song for Baby, and Ancient Yearning with text by Vancouver poet Celeste Snowber. Proznick expresses her longing to keep connected to loved ones in So Near, So Far. The album closes with the song famously covered by Peter Gabriel, The Book of Love written by Stephin Merritt.

Considered one of Canada’s finest jazz artists, Proznick is the recipient of numerous National Jazz Awards. From a young age, the bassist, composer and bandleader was recognized as a promising young artist earning her a scholarship for bass studies at McGill University. Since her return to Vancouver, her reputation as a bassist with a “rock-solid sound” (CBC Radio) has seen her work with a long list of jazz icons, including the great Oscar Peterson, whom she opened for in 2004, as well as Michael Bublé, Peter Bernstein, George Coleman, Sheila Jordan, Bucky Pizzarelli and the late Mark Murphy.

Proznick’s recordings are broadcast on jazz networks the world over. She can be heard as a featured performer on more than 40 albums, and her 2006 release, Foundations, was received by critics with wide acclaim. In addition to securing a JUNO nomination for ‘Traditional Jazz Album of the Year’, it took the National Jazz Award for ‘Album of the Year’.

The official release date for Sun Songs is December 8, 2017. The album is available for pre-order at jodiproznick.com.

About Cellar Live (cellarlive.com)
The JUNO-winning Cellar Live label was founded by Cory Weeds, and released its first recording in 2001, which featured the late great Vancouver jazz saxophonist and pianist Ross Taggart. Since that time, Cellar Live has gone on to release more than 120 dynamic recordings, primarily captured live but also in the studio. While the label has showcased Vancouver’s finest jazz players, such as Oliver Gannon Jesse Cahill, Miles Black, Bill Coon and Weeds himself, it has also featured master musicians from New York and elsewhere abroad. David “Fathead” Newman, Dr. Lonnie Smith, Peter Bernstein, Ron Carter, Lewis Nash, Tardo Hammer and One For All are among the artists who have led sessions released on Cellar Live. In addition to one JUNO Award, the label boasts three JUNO nominations, a Canadian National Jazz Award, and numerous high rankings on the JazzWeek charts. Cellar Live is distributed worldwide by Music Video Distributors.