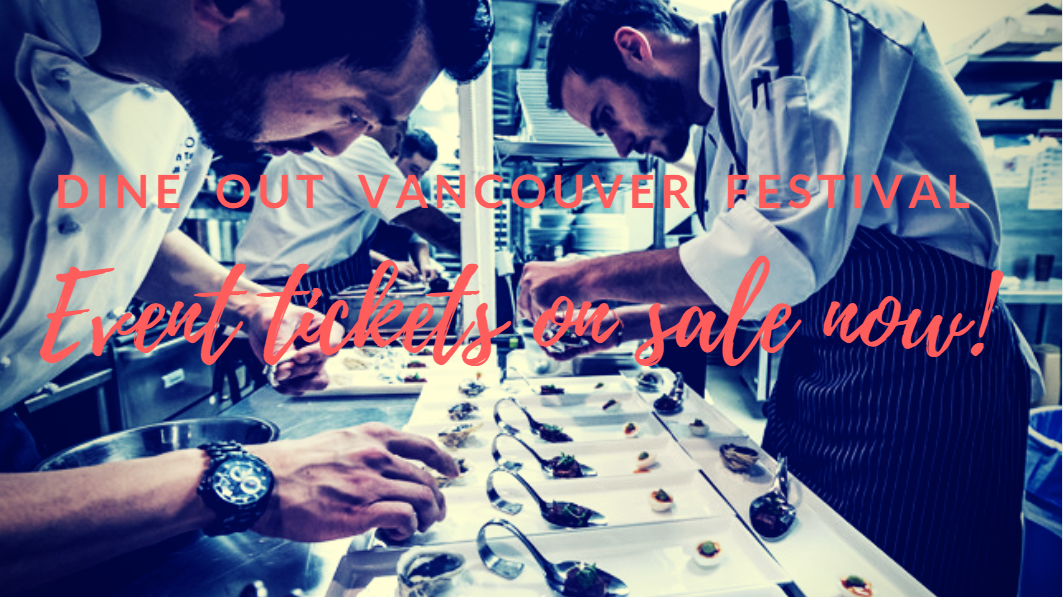 A New Crop of Culinary Events Announced for 2018 Festival

Get your stretchy pants ready! Dine Out Vancouver Festival’s event tickets are on sale now. In addition to prix fixe menus at hundreds of restaurants across the city, foodies can choose from over 35 unique culinary events happening between January 19 and February 4, 2018.

Brand-new for 2018, a Grand Tasting at the Orpheum Theatre will kick off the festival on January 19. The gala opening event, in partnership with The Wines of British Columbia, will feature multiple restaurants, craft breweries and distilleries, and BC VQA wines. Proceeds will benefit the BC Hospitality Foundation, Dine Out Vancouver’s official charitable partner.

Also new for 2018 is a Rail Car Pop-up: All Aboard Rocky Mountaineer. For two nights only, the Rocky Mountaineer’s acclaimed culinary team will host guests in their elegant rail car dining room for a multi-course meal inspired by the Western Canada regions the train passes through. While the train will remain stationary for this event, this is the first time ever guests will have the opportunity to dine aboard the Rocky Mountaineer without booking a trip.

Other new events include Taste of the Market at Lonsdale Quay, a tasting tour through North Vancouver’s public market including craft beer, fresh salmon, artisan cheese and more; Quick Tings, an experiential Caribbean cooking event presented by Calabash Bistro and Merchant Eventz; and Get Shucked Up with Fanny Bay Oyster Bar, an evening full of freshly shucked oysters and BC VQA wine pairings.

Event tickets are on sale now, with more events being added every week at dineoutvancouver.com/events.

About Dine Out Vancouver Festival
Produced by Tourism Vancouver, Dine Out Vancouver Festival is Canada’s largest annual celebration of food and drink. Attracting more than 100,000 locals and visitors, the festival takes over the city with 17 days of culinary events, prix fixe menus at 200-plus restaurants (at $20, $30 or $40 price points), as well as “Dine and Stay” packages and special hotel rates. The festival promotes local and regional ingredients, BC VQA wines, and the city’s exceptional culinary talent. Dine Out‘s premier partner is Aeroplan; festival partners are the Wines of British Columbia and YP Dine; and preferred partners include Air Canada, OpenTable, Metro newspaper, The Westin Bayshore, Tickets Tonight, Vancouver Magazine, Western Living, Where and The Georgia Straight. Dine Out Vancouver Festival 2018 runs from January 19 to February 4.
dineoutvancouver.com @DineOutVanFest #dovf