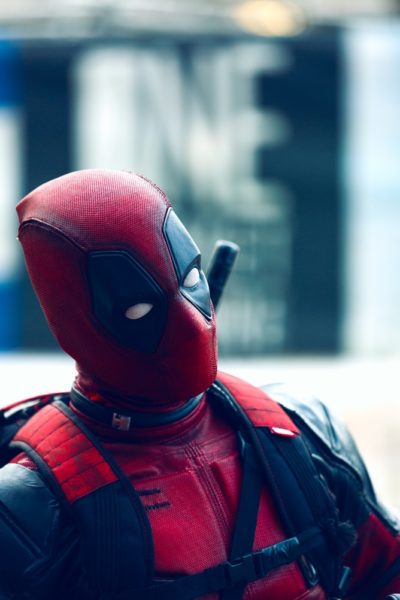 How often do you find yourself sitting enthralled in a movie theatre or in front of your television at home, living vicariously through the characters in your favorite movies or TV shows? If you are fortunate enough to call Vancouver home you don’t have to venture far to visit the filming locations of some of the best-loved movies and series in the world. Hollywood seemingly values Vancouver for its studio space, trained crews and superb track record for effortlessly managing huge productions such as Deadpool, Star Trek Beyond, and Lucifer. The geographical location of Vancouver is also playing to its advantage. It is closer to LA than other popular production hotspots such as Atlanta and Toronto, making it significantly easier to access by both the production crew and the cast. The following big-name productions are all heading to Vancouver this year, presenting fans with ample excuse to travel across the city in search of adventure.

If you are a fan of the iconic Sega game you will be thrilled to know that the feature film adaptation is being filmed in Vancouver until the end of September this year. The filming of the movie that stars Jim Carrey and James Marsden was originally supposed to take place along Highway 19 between Cook Creek and Buckley Bay but due to paving work, it has been moved to a section of the highway between Buckley Bay and Exit 117.  Sonic Executive Producer Tim Miller is no stranger to Vancouver – another movie he was directing, Deadpool, was also shot in Vancouver back in 2015.

The highly-acclaimed science-fiction drama The 100 has returned to the Vancouver to film its 6th season. Most of the filming, which is set to continue until the end of January 2019, will take place in the picture-perfect surroundings of Vancouver although some of the episodes do require a more urban setting. During previous seasons filming took place at the Oceanic Plaza and the Seawell Stairs at the Vancouver Convention Centre. While you are journeying along the 120-kilometer long Sea-to-Sky Highway seeking out filming locations for The 100, you might as make a pit-stop at the picturesque Whytecliff Park which might not have been a location for The 100 but has been home to the filming crews of both Once Upon a Time and Arrow.

Another fan-favorite that is filmed both on location and in studio in Vancouver is the CW Network hit, The Flash. The series, which is returning for its 5th season is filmed expansively in various locations across Vancouver including the CBC Vancouver Broadcast Centre where all the S.T.A.R Labs scenes are shot as well as the Vancouver City Hall thatmasquerades as the Central City police headquarters.By spending a couple of days roaming the city between now and April next year you may very well be fortunate enough to stumble upon the cast and crew hard at work creating what has become one of the most popular series in the world at present.

If you are a self-proclaimed movie and TV buff who also loves traveling,  Vancouver is a treasure chest just waiting to be discovered. While you may not be able to rub shoulders with all your favorite actors and actresses, you are bound to get a kick out of seeing the real-life locations where some of your favorite scene where shot at.