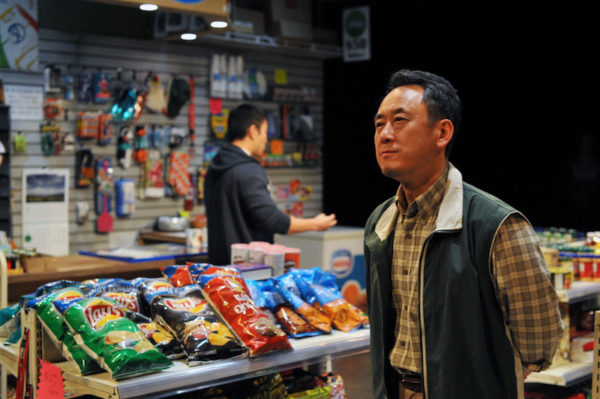 Pacific Theatre’s production of Kim’s Convenience captivates the audience from the moment they enter the theatre. A colourful set, understated music, crisp dialogue, a strong dose of humour and dynamic acting combine for a 75 minute performance that seems to fly by.

Mr. Kim (James Yi), called Appa at home, is a Korean immigrant who has owned and operated his convenience store fore years, working tirelessly to provide a good life for his wife and two children. However, the neighbourhood is changing. Condos are being built and a Walmart is moving in. A realtor, Mr. Lee (Tré Cotten), visits Appa and offers to buy the store. Appa declines the generous offer, not able to believe that his patrons would prefer to shop at a Walmart.

Appa is a strong, opinionated person. His pride in his Korean heritage is evident throughout the play. In one hilarious scene, he demands that his adult daughter, Janet (Jessie Liang), phone 911 to report an illegally parked car beside the store. Janet refuses; she knows that the car must be Japanese and that her father hates it because his people have never forgotten or forgiven the Japanese for their attack on Korea in 1904. Eventually, she does phone 911 and a policeman (Tré Cotten) arrives… and makes a big impact on the family. 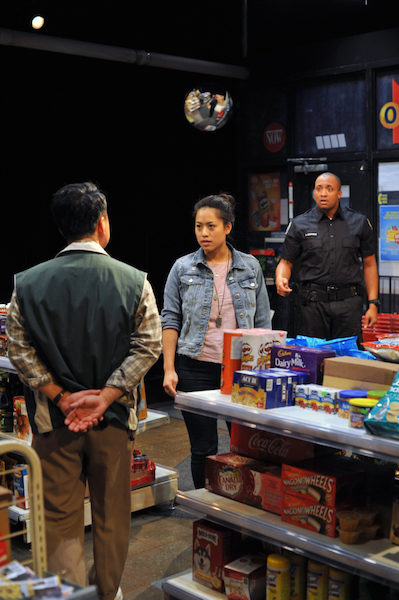 Appa know that the time is coming when he will need to retire. His story, he says, is the store and he wants Janet to take it over for him. Janet wants to pursue a career as a photographer and is not interested in the store. Mr. and Mrs. (Maki Yi) Kim have a son, Jung (Lee Shorten), as well, but he has been estranged from Appa for years. He has, however, been in frequent contact with Umma, his mother, whom he visits at her church. She know that he is very unhappy and hopes for a reunion. 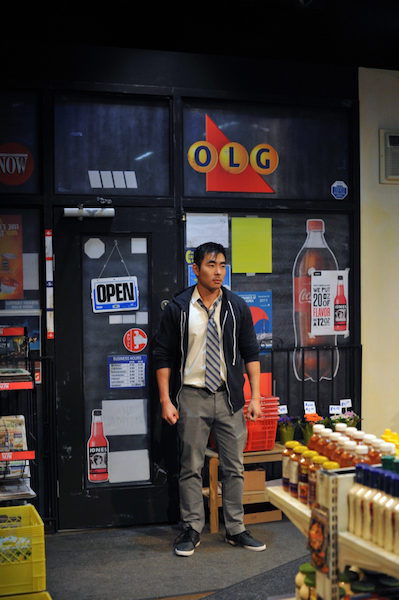 Couched in humour throughout the play, some big questions are explored. Why do people make the choices they do? What is the nature of the immigrant experience? Do people understand the sacrifice they are making when they start over somewhere new? What happens when their children adopt the values of the new country and expect different futures than their parents can accept?   Most importantly, perhaps, is the question of family. How pivotal is family? In the end, how do people decide what they want their story to be?

It is unusual for a production to be both extremely entertaining and deeply thought provoking, but Kim’s Convenience succeeds in doing so. This play is well worth seeing, perhaps more than once. 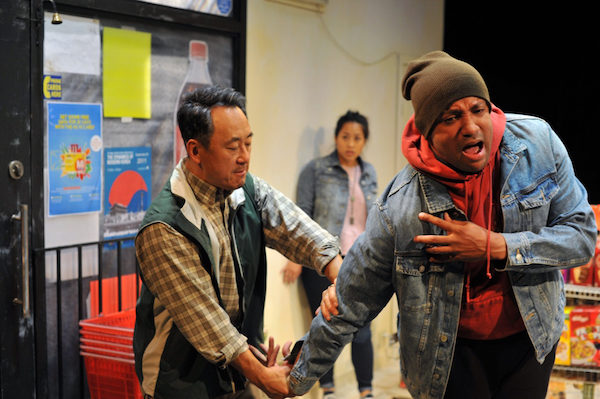 Kim’s Convenience is playing at Pacific Theatre through October 6th.