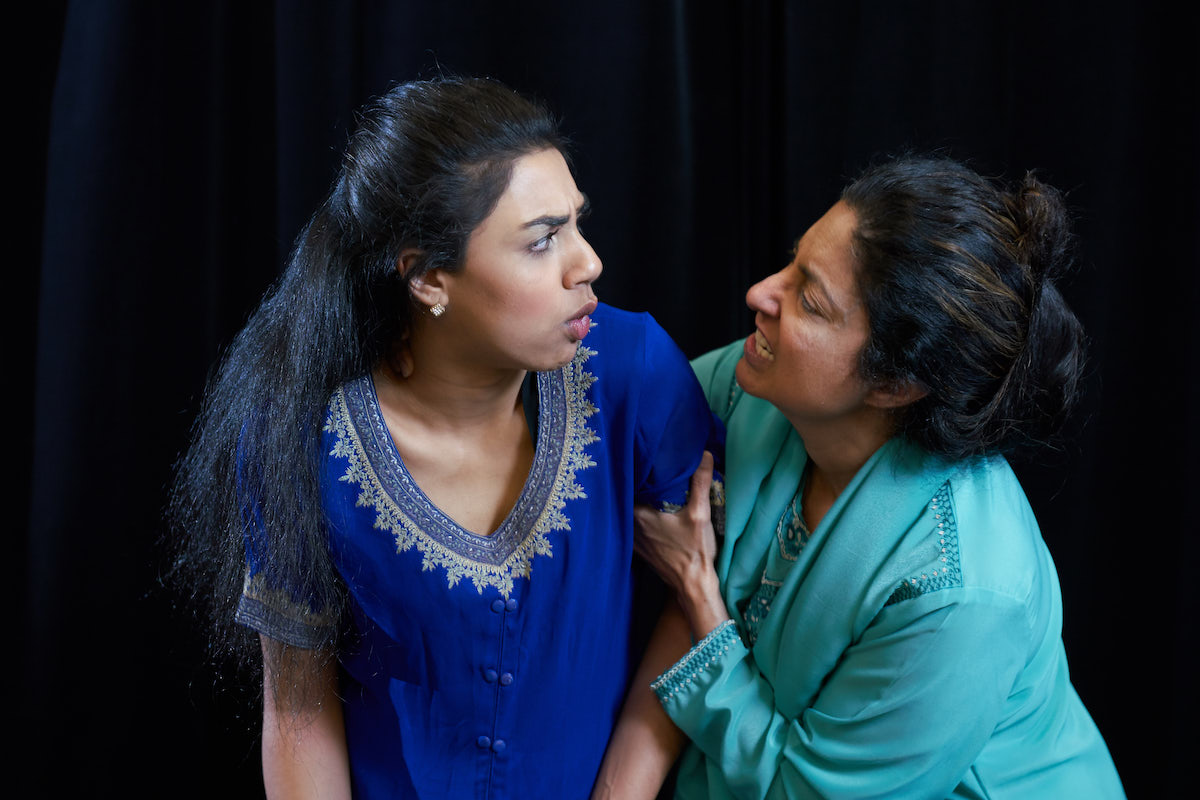 Named one of the top shows on Vancouver stages in 2017 by The Georgia Straight, Bombay Black is a searing play set in the bitter reality of present-day India. The iron-willed Padma (Jessie Award nominee Nimet Kanji) takes money from men who watch her daughter, Apsara (rising star Arshdeep Purba), perform an exotic dance. When a mysterious blind man named Kamal (Jessie Award nominee Munish Sharma) arrives for an appointment, his secret threatens to change each of their lives forever.

Directed by Mumbai-born, multiple award-winning Indo-Canadian producer Rohit Chokhani, Bombay Black features a remarkable poetic text, bold theatrical imagery and a gritty twist. Chokhani’s reimagination of Irani’s work marks the first time this play is presented from the perspective of a blind man. An earlier version of this production, which was Chokhani’s directorial debut at the 2017 Vancouver Fringe Festival, enjoyed a sold-out run and received the Pick of the Fringe Award.

Donna Spencer had this to say about the production, “As Artistic Producer of the Firehall, I have always been excited about supporting the work of artists from diverse cultural backgrounds and providing opportunities for emerging directors to have their work seen. Rohit Chokhani’s production of Bombay Black provides just that opportunity to showcase his work as a director and to introduce the creative team and actors in the work to our audiences.”

“Nimet Kanji’s burn as Apsara’s mother is beautiful to watch in all its cruel glory.” – Mark Robins, Vancouver Presents!

“This is one of the most harrowing, unsettling, and mesmerizing plays I’ve ever seen.” – Andrea Warner, The Georgia Straight

“Suspend your disbelief and plunge into the dark of Bombay Black; there’s light at the end of this tunnel. – Lincoln Kaye, Vancouver Observer

Directed and Produced by:  Rohit Chokhani