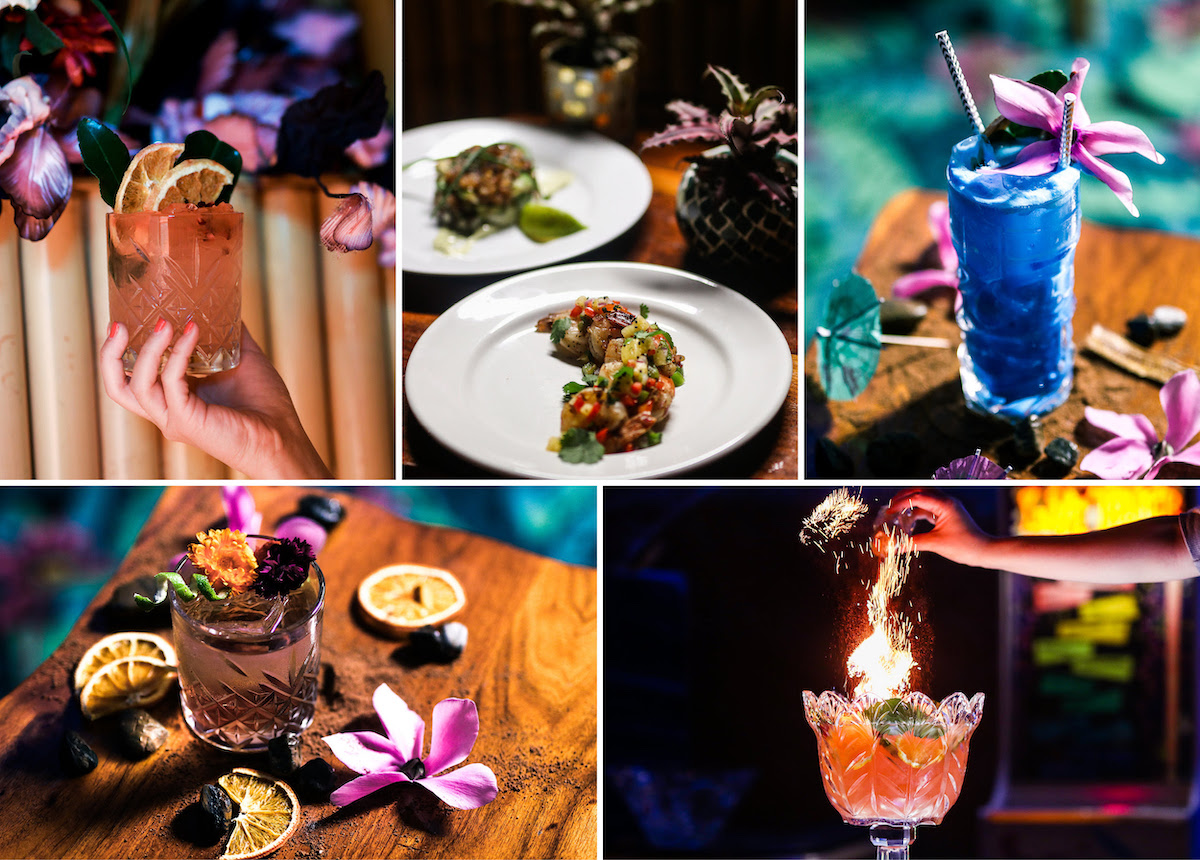 One of North America’s oldest Polynesian-inspired bars and an East Vancouver institution will relight the torch when Tiki Bar at the Waldorf officially reopens its doors to the public at 1489 East Hastings Street on Saturday, December 15.

More than 60 years after it was first launched, the iconic nightspot will unveil a new menu of signature exotic cocktails and Polynesian-inspired fare as well as refurbished tropical décor that features bamboo, palm trees, a collection of Edgar Leeteg black velvet paintings, wood carvings and a half-domed twinkling twilight ceiling that brings a little piece of South Pacific paradise to the city.

Originally known as the Tahitian Cocktail Lounge when opened by former owner and US Marine Bob Mills — who became enamoured with Polynesian culture while stationed in Bora Bora following World War II — Tiki Bar at the Waldorf became the first tiki room in the Pacific Northwest when it began shaking up Mai Tais, Daiquiris and Piña Coladas in 1955. Since 2013 it has been owned by Viaggio Hospitality Group, which also operates such local destinations as Ancora Waterfont Dining and Patio, UVA Wine & Cocktail Bar and Cibo Trattoria.

Behind the pine, Bar Manager Aimée Corvo (UVA, Homer St. Cafe and Bar, Maenam, The Acorn) will offer an inspired selection of handcrafted cocktails that pay homage to old classics culled from the Caribbean, Pacific and all points south with unique libations like the Mezcal-and-Cachaca-fuelled ‘Cobra Women’, sour-inspired ‘Trés Trés Tik’ and Pisco-and-tequila-powered ‘Beach Party’. The menu of tiki tipples also features signature shooters and retro boozy bowls perfect for groups that are served aflame and pack a true tiki punch.

“We want our guests to be instantly transported to a lush piece of Polynesia when they walk through the doors or order one of our signature cocktails,” says Tiki Bar General Manager Brenton Smith, who joins the Tiki team following positions at Granville Island Brewing and Whistler’s O&R Entertainment. “This spot has long been a favourite for locals and visitors alike and we’re excited to keep channeling that tropical feel and providing an exotic escape from the hustle and bustle of city life.”

Tiki Bar at the Waldorf is open Tuesday to Saturday from 5 p.m. to 2 a.m. with happy hour food and drink specials on offer from 5 to 7 p.m. as well as live nightly entertainment featuring a rotating roster of local musicians and DJs. On Wednesdays, the Tiki Bar will take guests on a trip to the bygone Hollywood era of Tiki with karaoke hosted by Awesome Entertainment.

ABOUT TIKI BAR AT THE WALDORF | Originally opened more than 60 years ago in the Waldorf Hotel on Vancouver’s East Side and one of the oldest remaining tiki rooms in North America, the iconic Tiki Bar at the Waldorf recently relit its torch by unveiling a new lineup of handcrafted exotic cocktails and Polynesian-inspired fare. Offering unique spins on classic drinks culled from the Caribbean, Pacific and all points south and retro boozy bowls served aflame that pack a true tiki punch, Tiki Bar at the Waldorf offers its longtime guests and new visitors alike an escape in a island-themed oasis that features such tropical décor touches as bamboo, palm trees, a collection of Edgar Leeteg black velvet paintings and a half-domed twinkling twilight ceiling that brings a little piece of South Pacific paradise to the city. Part of the Vancouver-based Viaggio Hospitality Group, Tiki Bar at the Waldorf also features nightly entertainment such as karaoke on Wednesdays and daily Happy Hour features.