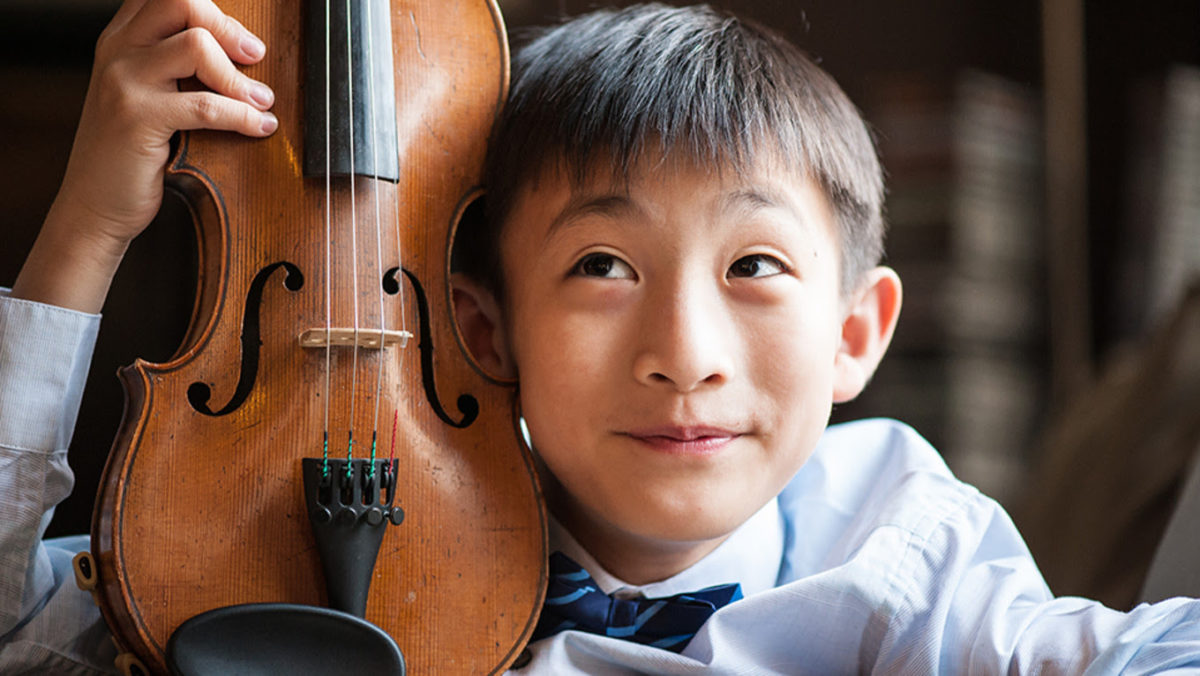 Eleven-year-old violin prodigy, Da-Wei Chan will perform at the VSO’s Tea & Trumpets concert this Thursday at 2PM at the Orpheum Theatre. Chan, a student of the VSO School of Music, will perform a movement from German composer Max Bruch’s virtuosic and beautiful Violin Concerto No.1 in G Minor.

For more information on the full program, click here.

Eleven year old violinist Da-Wei from Surrey, BC, started his musical journey 6 years ago under the expert tutelage of Carla Birston, one of Lower Mainland’s most successful strings pedagogues.  The violin has always had a special place in his heart.  Coming from a family of musicians, there is always music making in the home along with his mother on the piano and brother on the cello.

Aside from his musical life, Da-Wei is known as a happy-go-lucky, outgoing kid to everyone he meets.  If he’s not vigorously practicing, Da-Wei is usually found playing soccer with his best friends or desperately striving to beat his brother in Forza on the family Xbox.  Addicted to the zest of spicy foods, Da-Wei is well known at home for his amazing feats in consuming the spiciest of dishes and a particularly “spicy” personality to follow suit.

Da-Wei Chan in the News

We’ve got the whole town talking about Da-Wei and his musical accomplishments, from playing alongside the VSO at the Symphony Ball to performing with the VSO School of Music’s Sinfonietta advanced strings ensemble…this 11-year-old violinist is on the fast track to victory!

Here’s a sample of what the media’s talking about: CBC Music named Da-Wei one of 30 hot Canadian classical musicians under 30. Click here to learn more.

The Surrey-Now Leader wrote a piece on Da-Wei and his upcoming performance on February 28 with the VSO. Click here to read more and watch the video clip.

CTV Morning Live had Da-Wei on the show to play the violin and talk about Day of Music. Click here to watch.

About Tea & Trumpets: From the New World