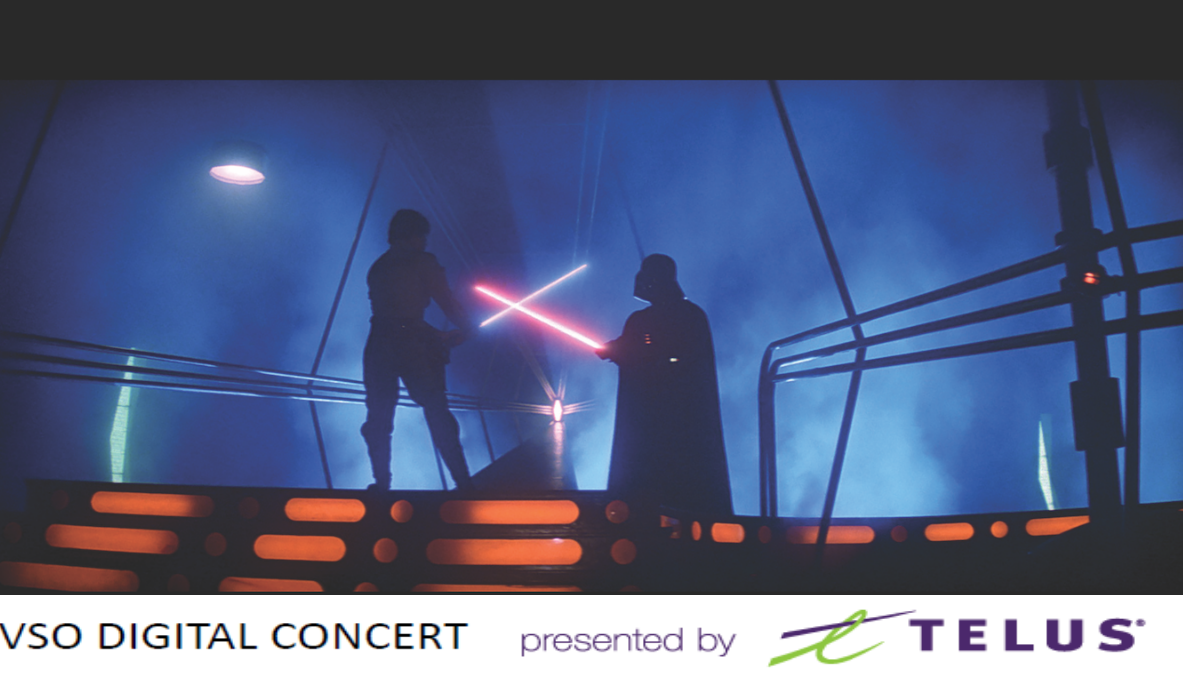 The Vancouver Symphony Orchestra will present the Star Wars: Film Concert Series featuring the screening of The Empire Strikes Back, with Oscar-winning composer John Williams’ musical scores performed live to the films.

Since the release of the first Star Wars movie nearly 40 years ago, the Star Wars saga has had a seismic impact on both cinema and culture, inspiring audiences around the world with its mythic storytelling, captivating characters, groundbreaking special effects and iconic musical scores composed by Williams.

Fans will be able to experience the scope and grandeur of this beloved film in a live symphonic concert experience, as The Empire Strikes Back debuts July 4, 2019 at 7:00PM at the Orpheum Theatre. The schedule is below:

Legendary composer Williams is well known for scoring all eight of the Star Wars saga films, beginning with 1977’s Star Wars (Episode IV: A New Hope) for which he earned an Academy Award for Best Original Score. His scores for Episode V: The Empire Strikes Back, Episode VI: Return of the Jedi, and Star Wars: The Force Awakens each were nominated for Oscars for Best Original Score. Return of Jedi was released on December 15, 2017.

Williams has won five Academy Awards, four Golden Globe Awards, seven British Academy Film Awards, and 22 Grammy Awards. With 50 Academy Award nominations, Williams is the Academy’s most nominated living person and the second most-nominated individual in history, after Walt Disney. In 2005, the American Film Institute selected Williams’ score to 1977’s Star Wars as the greatest American film score of all time. The soundtrack to Star Wars also was preserved by the Library of Congress in the National Recording Registry, for being “culturally, historically, or aesthetically significant.” Williams was inducted into the Hollywood Bowl’s Hall of Fame in 2000, and he received the Kennedy Center Honors in 2004, the National Medal of Arts in 2009, and the AFI Life Achievement Award in 2016. Williams has composed the scores for eight of the top 20 highest-grossing films at the U.S. box office (adjusted for inflation).

The Star Wars: Film Concert Series is produced under license by Disney Concerts in association with 20th Century Fox and Warner/Chappell Music.

STAR WARS and related properties are trademarks and/or copyrights, in the United States and other countries, of Lucasfilm Ltd. and/or its affiliates. © & TM Lucasfilm Ltd.

Disney Concerts is the concert production and licensing division of Disney Music Group, the music arm of The Walt Disney Company. Disney Concerts produces concerts and tours, and licenses Disney music and visual content to symphony orchestras and presenters on a worldwide basis. Disney Concerts’ concert packages include a variety of formats, such as “live to picture” film concerts and themed instrumental and vocal compilation concerts, and range from instrumental-only symphonic performances to multimedia productions featuring live vocalists and choir. Current titles include the Star Wars Film Concert Series (Episodes IV-VII), Beauty and the Beast, The Little Mermaid, Fantasia, Pixar In Concert, The Nightmare Before Christmas, Alice In Wonderland, Frozen, Ratatouille, The Pirates of the Caribbean series (Episodes I-IV), and Silly Symphonies, which last year collectively accounted for over 400 performances in many of the world’s top concert venues, including Lincoln Center, Royal Albert Hall, Sydney Opera House, Tokyo Forum and the Hollywood Bowl. Numerous new concert packages and touring productions from Disney’s portfolio of studios, including Disney’s feature animation and live action studios, Pixar, Lucasfilm and Marvel, are currently in development.