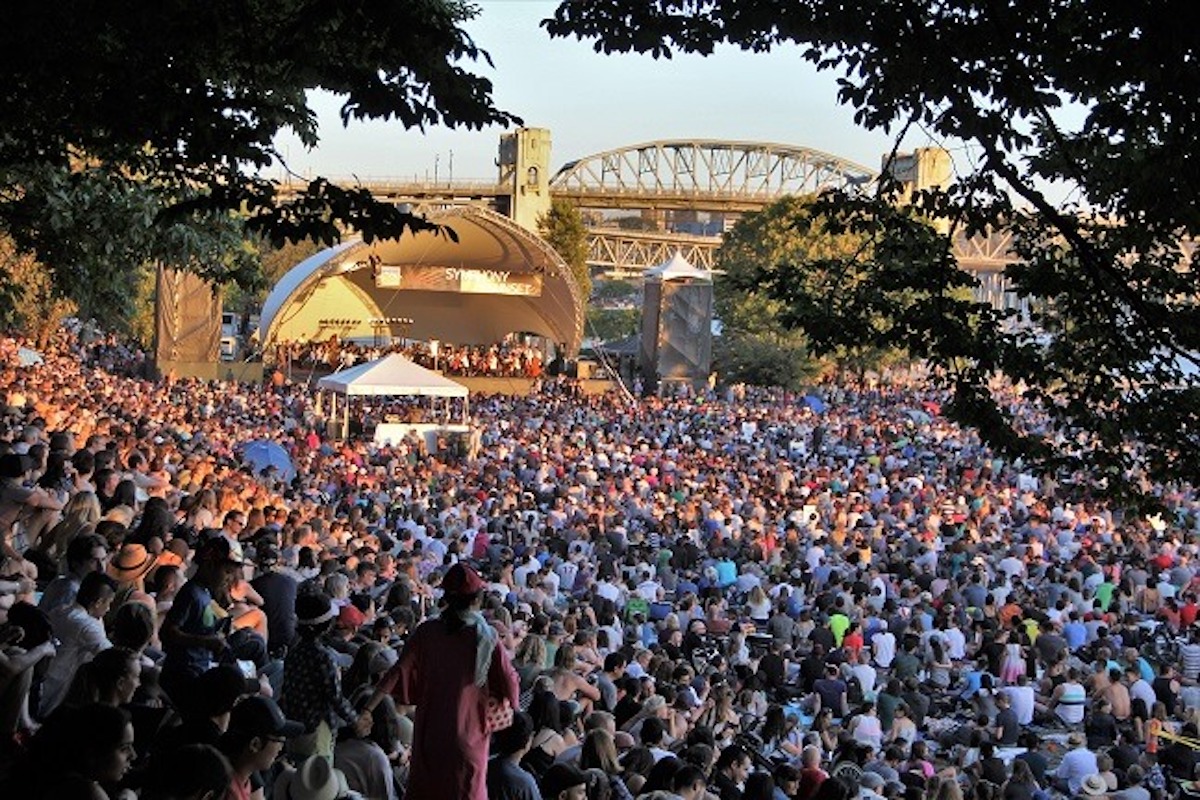 The Vancouver Symphony Orchestra and Vancouver Park Board are pleased to present Symphony At Sunset, its second annual free, open-air concert at Sunset Beach on Sunday, July 7 at 8:00PM.

Last summer’s inaugural Symphony At Sunset was an unmitigated success with more than 14,000 people attending the free concert on the large lawn at Sunset Beach. This year, the VSO expects to build on that success and has once again, partnered with the Vancouver Park Board (VPB) to ensure an exceptional experience for everyone who attends the concert this summer. Symphony At Sunset is a free and accessible family event and will be alcohol and smoke-free.

“We are thrilled to return to Sunset Beach, after last year’s success to further our commitment to our community and help create a cultural environment where families and communities can come together to experience symphonic music and build lasting traditions,” said Kelly Tweeddale, President of the Vancouver Symphony Society and VSO School of Music.

This year’s concert will be conducted by VSO Music Director Otto Tausk with a sunset concert that will include something for everyone, from classical favourites to film score hits. Mussorgsky’s A Night on Bald Mountain from Disney’s Fantasia, the Love Theme from Tchaikovsky’s Romeo & Juliet, selections from Bernstein’s West Side Story, “Adventures on Earth” from John William’s charming score from the movie E.T., and more.

“We are very pleased to be able to collaborate with the VSO for the second year of Symphony at Sunset,” said Vancouver Park Board Chair Stuart Mackinnon. “The Park Board has a long history of supporting music in parks. It’s a match made in heaven. Some of the finest music in the world has been inspired by nature.”

The collaboration between the VPB and the VSO began several years ago when the VPB unanimously approved a motion toward the delivery of a free open-air symphony concert at Sunset Beach Park. Performing over 170 concerts a year, the VSO is dedicated to enriching and transforming lives through music by presenting passionate, high-quality performances of classical, popular and culturally diverse music.

Additionally, the VSO School of Music will have an Instrument Fair Zone, where children will have an opportunity to touch and play real orchestra instruments, a Marketplace, and several prelude performances by student ensembles and faculty from the School of Music.

There will be food trucks on site for the event, and the public are encouraged to bring a picnic, a blanket and to make an evening of it at Sunset Beach Park. Concertgoers are asked to bring low chairs so as not to obstruct the view of other audience members.

The VPB and VSO estimate that more than 14,000 people will attend Symphony At Sunset. As in all major events in Vancouver’s downtown core, the public are encouraged to walk, cycle or take public transit to Sunset Beach Park as traffic in the area will be restricted and parking will be at a premium in the West End.

The VSO recognizes the generosity of the Jane McLennan Fund for Free and Accessible Programming, which helps make it possible for the VSO to present its outdoor summer programming free to the public.

The VSO also gratefully acknowledges the support of the following Government Agencies for their ongoing generosity in helping to bring exceptional music to our greater community:

About the Vancouver Park Board

The Vancouver Park Board is the only elected body of its kind in Canada. Formed in 1888 as a committee to manage the new Stanley Park, its history is as old as the city’s itself.

The elected nature of the Park Board and the strength and focus of its mandate have resulted in urban parks and recreation that today hold an enviable and esteemed position world-wide.

The Park Board’s mission is to provide, preserve, and advocate for parks and recreation services to benefit all people, communities, and the environment.