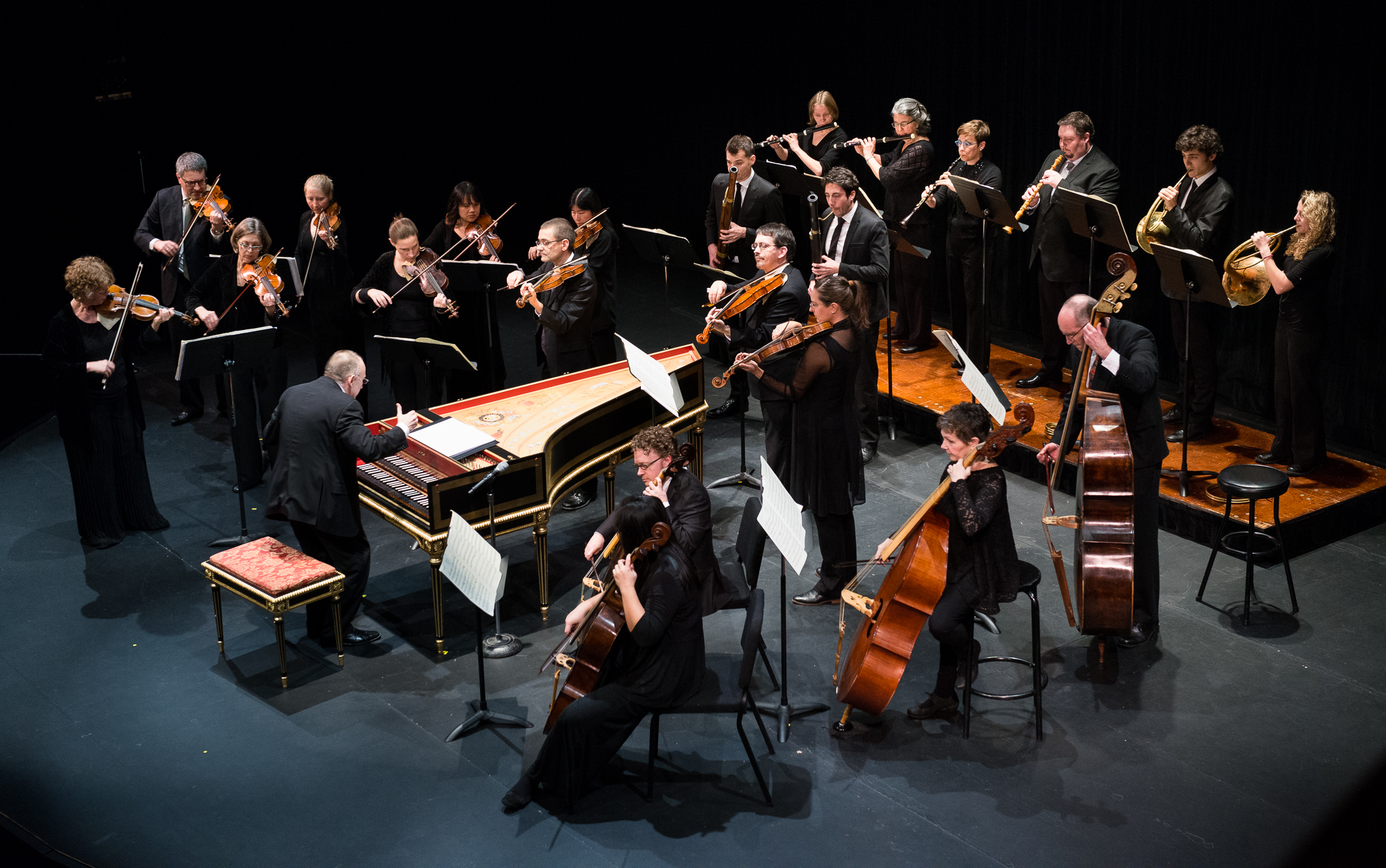 Early Music Vancouver (EMV) celebrates 50 years of historically informed performance with the announcement of the 2019 Vancouver Bach Festival and 2019/20 Main Season. Dedicated to sharing period music using the instruments and performance traditions for which it was originally composed, EMV marks the anniversary with a season of renowned masterworks and illustrious guest artists. The expansive programming includes such diverse works as Benjamin Bagby’s one-man musical telling of Beowulf; masterworks for choir and orchestra by Bach, Handel, and Purcell; early romantic creations by Chopin, Faure, and Schubert; 20th century solo piano pieces by Shostakovich; and world premieres challenging contemporary composers to write for Baroque and period instruments.

“This season is a balanced reflection of both our past and future. It promises more opportunities than ever for engagement, enrichment, and education via time travel through almost a thousand years of rich musical history,” says Matthew White, Executive and Artistic Director of EMV. “With the support of our growing audiences, donors, staff, and volunteers, we have put together an offering overflowing with some of the world’s most esteemed artists specializing in period performance. The opportunity to program such diverse music, stunning talent, and ambitious collaborations is a rare privilege; one for which I continue to be deeply grateful.”

Running July 30 to August 9, the fourth annual Vancouver Bach Festival will bring an all-encompassing celebration of classical music to downtown Vancouver’s Christ Church Cathedral and the Chan Centre for the Performing Arts. The 15-concert festival commences with Montreal’s internationally acclaimed early music ensemble, Les Boréades, in a spectacular two-night performance of Bach’s Complete Brandenburg Concertos. The Vancouver Bach Choir will also partner with the festival for the first time to perform Faure’s beloved Requiem with a professional core of twenty of the region’s best singers. Further highlights include the return of audience favourite soprano Amanda Forsythe with Pacific MusicWorks, in a performance of Handel’s early cantatas, as well as sopranos Suzie LeBlanc and Dorothee Mields’ dramatic interpretations of female composer Barbara Strozzi’s 17th century musings on love and loss.

The New Year begins with Sequentia, a Cologne-based medieval-music ensemble, performing incantations by unknown pagan authors and deeply moving poems from Boethius’ Consolation of Philosophy. The following evening, Benjamin Bagby — one of the world’s leading practitioners of historically informed music and theatre — will dramatize Beowulf in the original Anglo-Saxon, while accompanying himself on medieval harp. Unconventional collaborations will see EMV partner with Chor Leoni Men’s Choir and Ensemble La Nef to explore sea songs and shanties going back to the 16th, 17th, and 18th centuries; as well as host The Orlando Concert as they perform music from the early 15th century live alongside a screening of the 1928 silent film masterpiece, “The Passion of Joan of Arc,” directed by Carl Theodor Dreyer.

In the spring, EMV presents a delightful concert of chamber works by Telemann and C.P.E. Bach; the return of PBO’s New Music for Old Instruments; and a recital of Chopin’s solo works from 2018 Chopin Competition winner Tomasz Ritter. In April, EMV hosts its 50th Anniversary Gala, offering a performance of Beethoven’s Symphony No. 1, Mozart’s Jupiter Symphony, and excerpts from Haydn’s Creation with the participation of the Vancouver Bach Choir and the Vancouver Cantata Singers. The concert will feature the largest-scale period instrument orchestra ever assembled in Vancouver, demonstrating the extent to which the regional period instrument scene has grown and flourished on the West Coast in recent years.

EMV’s illuminating season will conclude with two concerts featuring internationally renowned vocal ensembles — Amarcord Ensemble and The Tallis Scholars. In April, esteemed German acappella vocal quintet, Amarcord Ensemble, share Schubert’s Romantic Lied for unaccompanied male voices. In May, leading British early music vocal ensemble The Tallis Scholars return with Renaissance Masters on the Battlefield. This magnificent season finale features work by composers present at ‘The Field of the Cloth of Gold’, a spectacular and historic political summit that brought together Kings Henry VIII of England and Francis I of France.

All concerts at Christ Church Cathedral at 7:30pm unless otherwise noted.

All concerts at the Chan Centre (except *at Vancouver Playhouse) at 7:30pm unless otherwise noted.

All concerts at Christ Church Cathedral at 7:30pm.

EMV subscribers can attend any four Vancouver Bach Festival or 2019/20 Season performances for the price of three. All subscriptions including more than four concerts also enjoy a 25% discount. Subscriptions are available by phone through the Chan Centre Box Office at 604.822.2697.