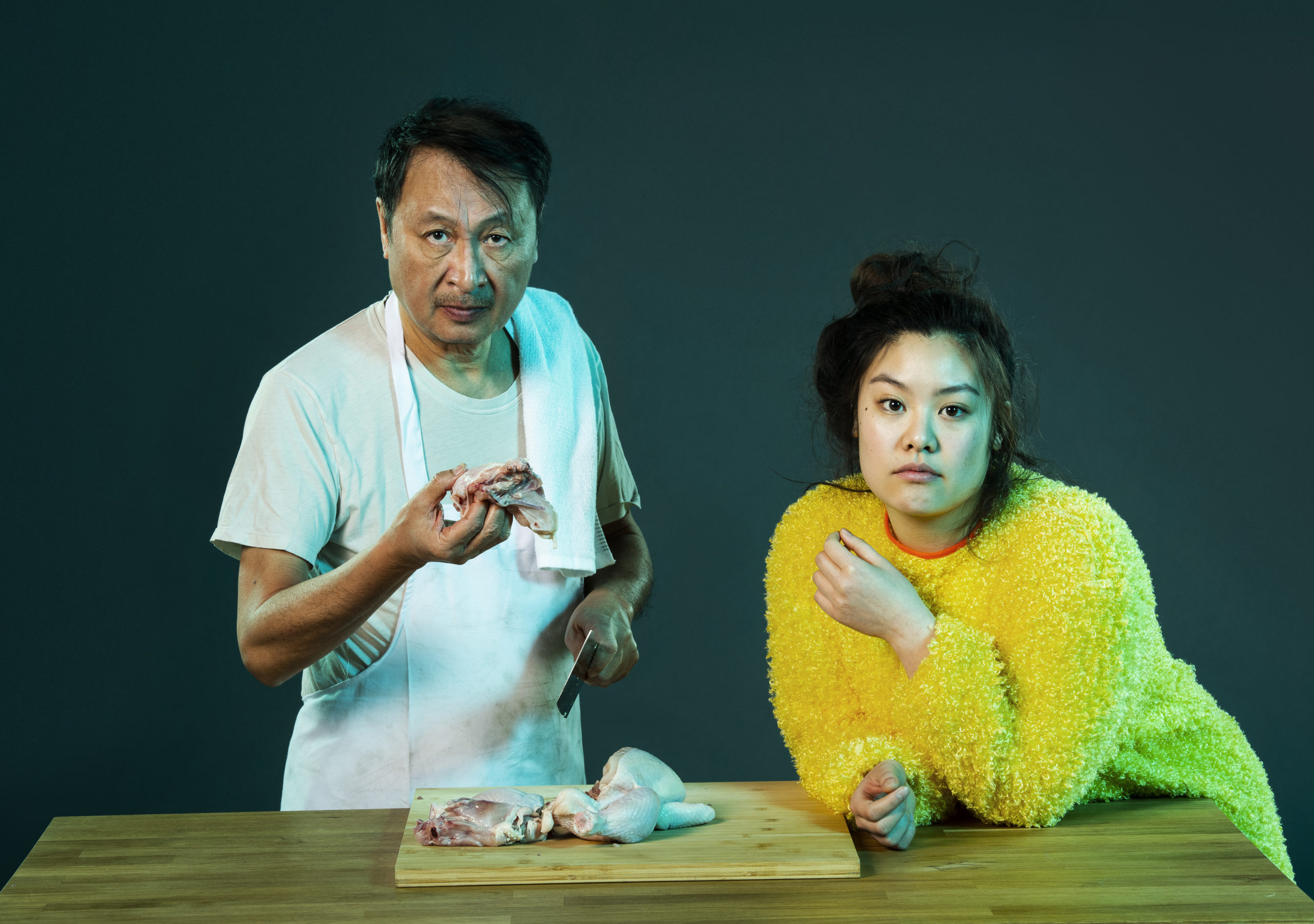 developed with the assistance of Playwrights Theatre Centre

Chicken Girl embarks on a surreal adventure to uncover the mystery surrounding the disappearance of her Uncle Chan. A homesick intergalactic rock star struggles to reconcile with their estranged family. An anxiety-ridden submariner recruits an anthropomorphic cat to settle an old score. Intertwining multilingual dialogue, flamboyant rock numbers, and idiosyncratic marine trivia, three magical worlds collide in front of our eyes as we contemplate the ideas of home, cultural identity, and the point of our existence. Chicken Girl is a vibrant reflection on the meaning of existence and an incantation to raise hope in times of colourlessness. 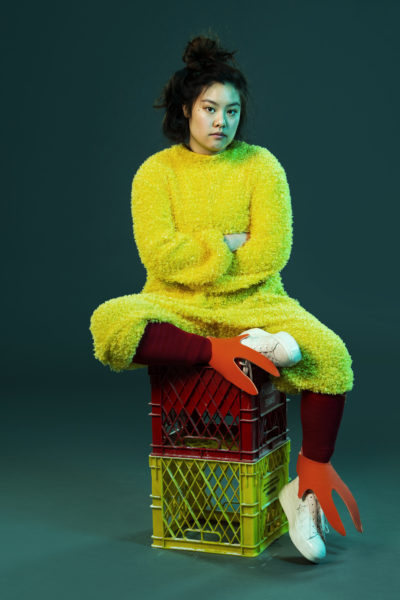 Written and directed by rice & beans theatre’s co-artistic director Derek Chan, whose multicultural aesthetic has been described by critics as “oddly compelling” and has a knack for making the audience feel “welcomed and comfortable in the hostile universe of [the plays he creates],” Chicken Girl is an experience dedicated to lovers of adventure and those of us who have been lost (and found) along the way.

“Chicken Girl is curated chaos,” says Chan. “Underneath the vibrant magical realism, a sense of existential dread and despair quietly simmers. I really wanted the characters (and our audience) to have a safe harbour to depart from and return to in this fantastical but hostile universe.” Chicken Girl was inspired by Chan’s experiences growing up in old Hong Kong under the care of his sometimes distant father. Chan reflects with tenderness on surprise moments they shared together over fried chicken. “I guess that’s why I picked a Chinese chicken shack as the eye of this colourful storm that is Chicken Girl. It is a reminder that however tough the going gets, the chicken shack will always be there.” 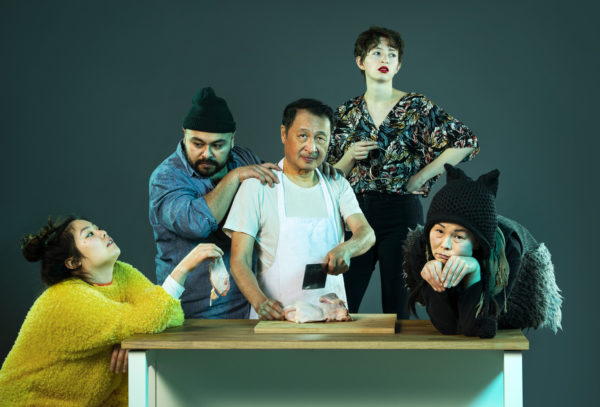 With humour and levity, this genre-blending, mouth-watering, inter-galactic adventure asks: Why did the chicken cross the road? “There’s action, laughs, thrills, mystery, magic, musical numbers, and absolutely ZERO romance,” says gender queer Studio 58 grad Marguerite Hanna, playing the character of Supersuperstar. “What more could you want from a show?” The creative team are an award-winning mix including Amanda Sum (The Wolves, With a Spoon/Rumble/Pacific, The Ridiculous Darkness, Alley Theatre) as Chicken Girl, BC Lee as Uncle Chan (Ga Ting, the frank), Maki Yi (Kim’s Convenience, Suitcase Stories, Pacific Theatre) as Cat, and co-artistic director Pedro Chamale as Submariner.

rice & beans theatre was founded in 2010 by Pedro Chamale and Derek Chan. rice & beans theatre has produced original work for audiences in Vancouver, Toronto, Richmond, Nanaimo, and Victoria. In 2018, rice & beans was nominated for a Dora Award for its production of Sik Zeon Tin Haa with Cahoots Theatre in Toronto. rice & beans theatre tells stories of where we come from and where we are going, by ways of experimenting with languages and the theatrical form. They focus on the creation, incubation and production of original performances. Through rigorous experimentation, with intimate passion and delicate violence, rice & beans write, adapt, and devise work that is relevant and artistically responsible. rice & beans values theatre that is accessible, honest, uncompromising and personal. rice & beans are thrilled to announce that they will be spending the 2019-20 season as Arts Club Theatre’s Company in Residence, learning, developing and ramping up for their 2020 main-stage production of Made in Canada by Pedro Chamale.

Chicken Girl was developed with support from the Canada Council for the Arts, the BC Arts Council, Province of British Columbia, City of Vancouver, Playwrights Theatre Centre, GreenThumb Theatre, and Vancouver Civic Theatres.

This production is part of rice & beans theatre’s 2-year residency at the Orpheum Annex Theatre.

Chicken Girl is part of the SeeMore Theatre Series, a residency program funded by Vancouver Civic Theatres, and will be presented at the Magnetic North Theatre Festival, June 2019.