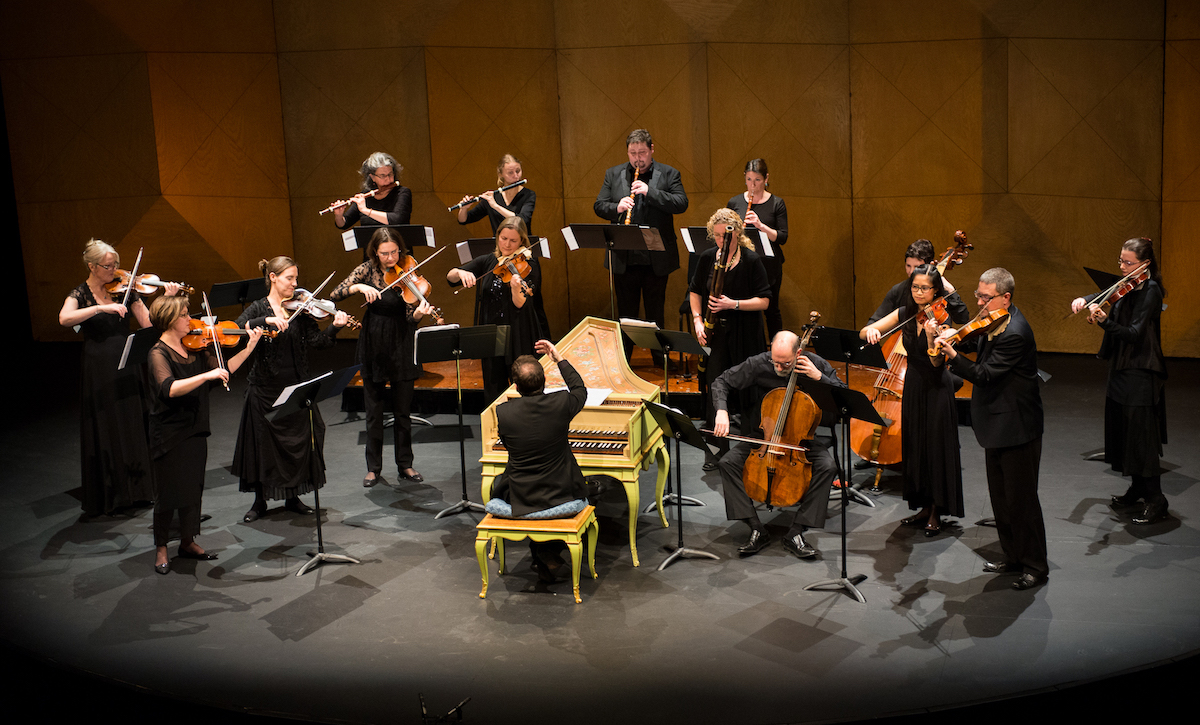 “This exquisite and underappreciated repertoire is a perfect opportunity to bring together BC’s very own Victoria Baroque, with one of Canada’s internationally acknowledged musical treasures,” remarks Matthew White, Executive and Artistic Director of EMV. “Lamon brings everything she touches to life. We couldn’t be happier that she has joined the ever-growing number of gifted musicians specializing in period performance who have chosen to relocate to the West Coast.”

Le Concert Spirituel: Baroque Orchestral Suites is a tribute to the Parisian concert series founded in 1725 that first brought music previously exclusive to the courts to the public realm. This series became the most important European platform not only for the best French artists, but also for presenting and disseminating the work of the most accomplished European composers and musicians of the 18th century.

The concert series was founded under the reign of Louis XV when public performances of music in Paris were strictly regulated by the Royal Opera, which enjoyed a monopoly over all public musical activities. The opera, however, was not permitted to give performances during Holy Week, Easter Season, and on holy days — leaving the musicians temporarily out of work. In 1725, to help keep the stream of music uninterrupted despite the limits imposed by the Church, Anne Danican Philidor, a composer and the king’s court oboist, obtained permission to present public concerts while the opera was closed. This was granted on the condition they did not include works with French texts or music from the opera. For the next 65 years, the concerts included in this increasingly popular series featured sacred and instrumental works, performed by musicians of the finest calibre from all over Europe. This was the first time that lavish performances of instrumental music and sacred motet, previously reserved for the privacy of the courts, were available to the Parisian public for the cost of admission.

Victoria Baroque’s programme celebrates music and composers known to have been a part of this series. It begins with Michel Richard Delalande’s Fantasie ou Caprice que la Roy demandoit souvent. Delalande was one of Louis XIV’s favourite composers and was charged with providing music at royal chapel services and elaborate daily dinner parties at Versailles. His music was widely loved and became a staple at early Le Concert Spirituel performances. In addition to French music, however, Le Concert Spirituel became a platform for musicians from other traditions, most notably Italian and German. For instance, Francesco Geminiani Geminio’s Grosso in D minor Op. 2 No. 3 is a masterpiece written in the Italian style of Antonio Corelli. The first half of the concert concludes with a performance of Georg Philipp Telemann’s Overture Suite in D major for two horns, two oboes, and strings, composed in 1765.

The concert’s second half opens with a chamber work: the chaconne from celebrated baroque violinist and composer Jean-Marie Leclair’s Premiere Recreation de Musique Op.6. Considered the founder of the French violin school, Leclair, like Delalande, was employed by Louis XV for many years. The full orchestra then performs a work by another notable violinist-composer in Louis XV’s employ: Jean-Joseph de Mondonville, who directed the “orchestra-in-residence” that was created for Le Concert Spirituel, and that operated from 1755–62. His Sonate en Symphonie Op. 3 No. 1 was a regular feature at Spirituel concerts.

Music director of Toronto’s famed Tafelmusik Baroque Orchestra from 1981 to 2014, Lamon is credited with turning this baroque chamber orchestra into an “international powerhouse” (The Globe and Mail).

The accomplished violinist and director has been praised for her visionary musical leadership, earning numerous prestigious awards and recognition, including several honorary doctorates, as well as the Molson Prize from the Canada Council for the Arts. In 2000, Lamon was appointed a Member of the Order of Canada, and in 2014, a

Member of the Order of Ontario. A new resident of Victoria, Lamon is excited to pursue more time dedicated to chamber music, in addition to teaching and guest directing.

Now in its eighth season, Victoria Baroque, led by Artistic Director Soile Stratkauskas, brings together early music specialists from Vancouver Island and beyond. Featuring a repertoire of chamber, orchestral, and choral works from the baroque and classical periods, the ensemble has been invited for guest performances by the Early Music Society of the Islands, Cowichan Symphony Society, and Vancouver Island Chamber Music

Festival. Collaborations with international guest artists are an integral part of the ensemble’s programming, including Kati Debretzeni, leader of the English Baroque Soloists; Pacific Opera Victoria’s Timothy Vernon; and soprano Nancy Argenta. Victoria Baroque’s debut album, Virtuosi of the Baroque, was nominated for a Western Canadian Music Award in 2014.

For 50 years, Early Music Vancouver (EMV) has dedicated itself to fostering an understanding and appreciation of musical treasures from the Renaissance, Baroque, and Classical periods. Currently under the leadership of Matthew White – renowned countertenor and founding director of the Québec-based ensemble Les Voix Baroques – EMV continues to garner international acclaim as the largest presenter of early music in Canada, and as one of the most active and innovative organizations in its field in North America. EMV is proud of its educational outreach initiatives that include its popular, annual summer festival at UBC’s School of Music; a new Baroque Mentorship Orchestra; community lectures; and instrument instruction and preservation.

Pre-Concert Talk with Jeanne Lamon and Matthew White at 6:45pm