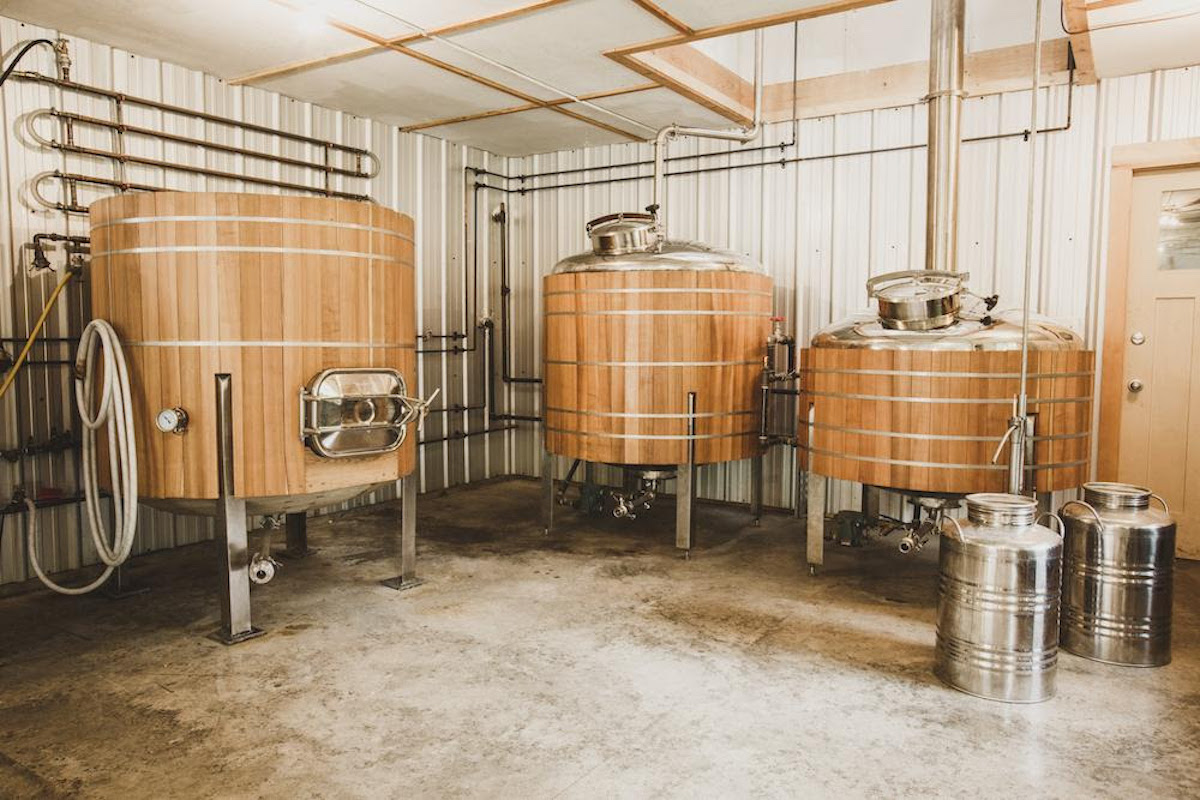 Break out the Nocino! and raise a toast to Ampersand Distilling Co. The family-owned, small-batch distillery is celebrating a milestone five years of business this month by unveiling plans for new releases in 2020.
Based in the heart of the Cowichan Valley, Ampersand Distilling Co. is nestled on a five-acre organic farm owned and operated by the Schacht family. Trained as engineers, father-son duo Stephen and Jeremy Schacht apply their scientific minds to crafting organic spirits made with B.C.-grown wheat and hand-harvested botanicals, made in stills the pair built from scratch. The resulting smooth, flavourful sips have, over the past half-decade, captured the hearts of industry and consumers alike.

A testament to the brand’s homegrown popularity, Ampersand’s awards shelf includes honours from some of the industry’s most respected organizations, such as the Canadian Artisan Spirit Competition (CASC) and Vancouver International Spirits Competition (VISC). At this year’s BC Distilled, the distillery’s luscious Per Se Vodka scooped up the coveted Audience Favourite Vodka award for the fourth consecutive year. BC Distilled is the largest spirits event in Canada, with hundreds of consumers casting votes for their favourite products, including Per Se Vodka, whose silky sweetness dazzles straight-up while lending layers of complexity to cocktails.
Per Se Vodka also shone at the 2019 CASC Awards, earning a Gold Medal with Distinction. Ampersand’s flagship product, Ampersand Gin, was granted the same award, with judges singing praises of the spirit’s symphony of eight organic and wild-harvested botanicals, which harmonize perfectly with B.C.-grown wheat and spring water sourced from the Schacht’s farm. The distillery’s limited-edition Nocino! – released in November 2018 as an exclusive holiday treat – earned a CASC Gold Medal, and it’s easy to taste why with that intoxicating blend of local honey, organic wheat and green walnuts harvested in the height of summer.

Rounding out your bar cart is Ampersand’s Imperative Dry Vermouth, a collaboration with Rathjen Cellars that adds a B.C. spin to the classic aperitif. The bold spirit is crafted with Ortega grapes rubbing shoulders with floral botanicals like cardamom, juniper, marjoram, orris and chamomile. Floral and heady, the brew makes for an intriguing stand alone sipper, but also lends depth to cocktails.
In celebration of its fifth anniversary, Ampersand Distilling Co. is pulling back the curtain on two new products slated for development in 2020. First up is an exquisite Amaro, an herbal liqueur typically savoured post-dinner as a means of aiding digestion. Next is a sweet vermouth that will be created in partnership with Rathjen Cellars, a farm-based winery in the Saanich Peninsula whose products feature 100 per cent Vancouver Island-grown fruit. Stay tuned for more details about these must-have spirits!

Ampersand’s spirits are available for purchase at private liquor stores across the province (find a store near you using the handy map available online here). Products can also be sampled at the distillery tasting room, open by appointment only; as well as the Duncan Farmer’s Market every Saturday. For more information about Ampersand Distilling Co., visit Ampersanddistilling.com.
Cheers to another five years!
About Ampersand Distilling Co.
Ampersand Distilling Company is a family founded craft distillery located on a five-acre organic farm in the Cowichan Valley. Though trained as engineers, father-son duo Stephen and Jeremy Schacht have used their knowledge of science and traditional distilling techniques to create a handcrafted distillery where they can make handcrafted spirits. Like the Ampersand, the team are all about bringing things together: ingredients and techniques; science and art; tradition and innovation. Ampersand Distilling Co. make delicious spirits designed to be a staple on your bar. Ampersanddistilling.com.