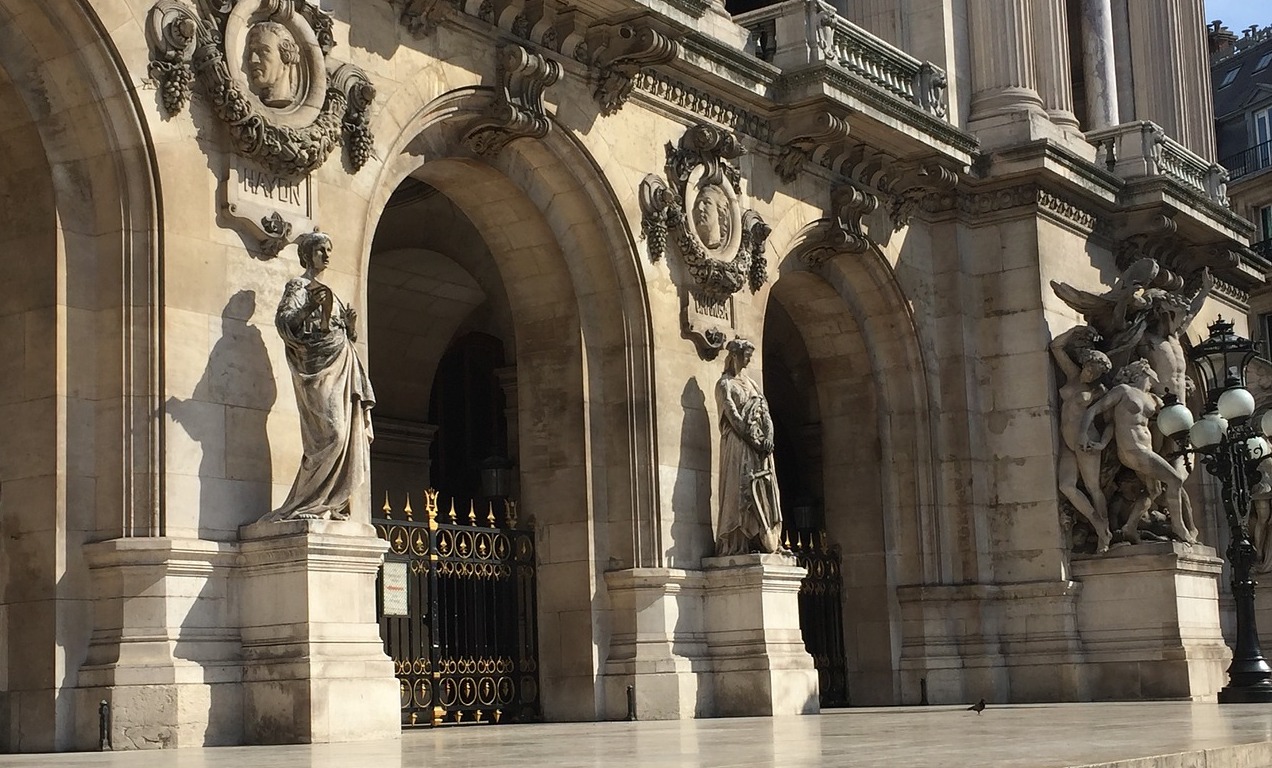 Vancouver Opera’s 2019/2020 season is kicking off with a sumptuous new production of  Giuseppe Verdi’s timeless romantic tragedy, La Traviata.  In an unprecedented collaboration, Vancouver Opera joins four other Canadian opera companies as they co-present this opera reaching more opera patrons than ever before.

Acclaimed director Alan Gauthier sets La Traviata in the decadent music hall scene of 1920s’ Paris. The opera begins when the curtain rises on Violetta Valéry (the ‘fallen woman’ of the opera’s title), a famous Parisian courtesan who is consumed by love and a life-threatening illness. At a party she is introduced to Alfredo Germont, who proposes a toast to true love. However, darker undercurrents are running beneath the glamorous scene—there are subtle hints of Violetta’ doomed love for Alfredo and the hostility the lovers will encounter when they attempt to break with society’s norms. Pop culture fans will find the nuanced inspiration of La Traviata in Moulin Rouge and Pretty Woman.

“We’re thrilled to be kicking off the season with a new production of one of opera’s best-loved classics,” said Kim Gaynor, Vancouver Opera General Director. “This is the 11th time Vancouver Opera has mounted a main-stage production of La Traviata but the first time we are collaborating with other Canadian opera companies to bring this timeless treasure to the stage.  It allows us to fulfill our mission to create extraordinary experiences that engage, inspire and entertain and continue to make them accessible to our patrons.”

First performed at Venice’s Teatro La Fenice in 1853, La Traviata is one of Verdi’s most popular operas, combining high drama with profound emotion and incredible melodies. Emily Dorn makes her anticipated Vancouver Opera debut in the demanding role of Violetta and Andrew Haji sings the part of Alfredo.

Canadian conductor Yves Abel, whose international career spans more than 20 years—including appearances at the Metropolitan Opera, the Royal Opera House and the Vienna State Opera—is making his Vancouver Opera debut with La Traviata. “La Traviata has an ability to humanize people; to show that they have two sides,” explains Abel. “Verdi shows us that people are not demons or angels—they’re imperfect human beings who go through life making mistakes.”

Canadian soprano Emily Dorn is bringing her exquisitely-beautiful delivery to the iconic role of Violetta Valéry. Dorn joined the ensemble of the Dresden Semperoper in 2012-2013, where she appeared as Violetta in La Traviata, Fiordiligi in Così Fan Tutte and Micaela in Carmen.

Canadian tenor Andrew Haji is singing the role of Alfredo Germont. Fast becoming one of the most sought-after voices on both operatic and concert stages, Haji is a graduate of the Canadian Opera Company Ensemble Studio. His recent roles include Gabriel Dumont in Louis Riel, Tamino in The Magic Flute and Hélios in Herculanum. He was last seen onstage at the Vancouver Opera in Elixir of Love.

Internationally-acclaimed baritone Chen-Ye Yuan is singing the role of Giorgio Germont. One of the leading baritones at the National Center for the Performing Arts (NCPA) in Beijing, Yuan’s recent performances include the title character in Nabucco (a role he shared with Placido Domingo in Gilbert Deflo’s new production), Amonasro in Aïda and Escamillo in Carmen.

Canadian baritone Nicholas Borg is bringing his vocal prowess to the role of Baron Douphol. A graduate of the University of Toronto’s Opera Performance program, his recent roles include Marcello in La Bohème, Pangloss in Candide and Figaro in the Canadian premiere of Mercadante’s lost opera, I Due Figaro.

A recent winner of the 2018 Metropolitan Opera National Council Western Canada District, mezzo-soprano Gena van Oosten is bringing her vocal sensitivity to the role of Flora Bervoix. Previous roles include Tisbe in La Cenerentola, Eduige in Rodelinda and the First Witch in Dido and Aeneas.

A recent graduate of the University of Toronto Opera School, Daevyd Pepper is bringing his soaring tenor to the role of Gastone de Letorières. An alumnus of the prestigious Centre for Opera Studies in Italy, his recent roles include Orphée in Orphée aux Enfers, Don Ottavio in Don Giovanni and Ferrando in Cosi Fan Tutte.

A winner of the Comic Opera Guild’s Harold Hugh Light Opera Competition, Irina Medvedeva is bringing her astonishing range to the role of Annina . A supple yet powerful soprano, her recent performances include the title role in Cunning Little Vixen, Norina in Don Pasqualeand Zerlina in Don Giovanni.

Scenic and costume designs for La Traviata are by Christina Poddubiuk. Associate conductor/chorus director is Leslie Dala and lighting design is by Kevin Lamotte. Marijka Asbeen Brusse is stage manager and Kinza Tyrrell is principal répétiteur/assistant chorus director. Musical preparation is by Andrea Van Pelt and assistant stage management is by Michelle Harrison.

While La Traviata is sung in Italian, English SURTITLES™ will be projected above the stage.

This production of La Traviata is presented along with Opera Montreal, Manitoba Opera, Edmonton Opera, and Pacific Opera Victoria.

Tickets now on sale for 2019-2020 Vancouver Opera Season featuring Verdi, Rossini and the west coast premiere of Another Brick in the Wall at the QE Theatre