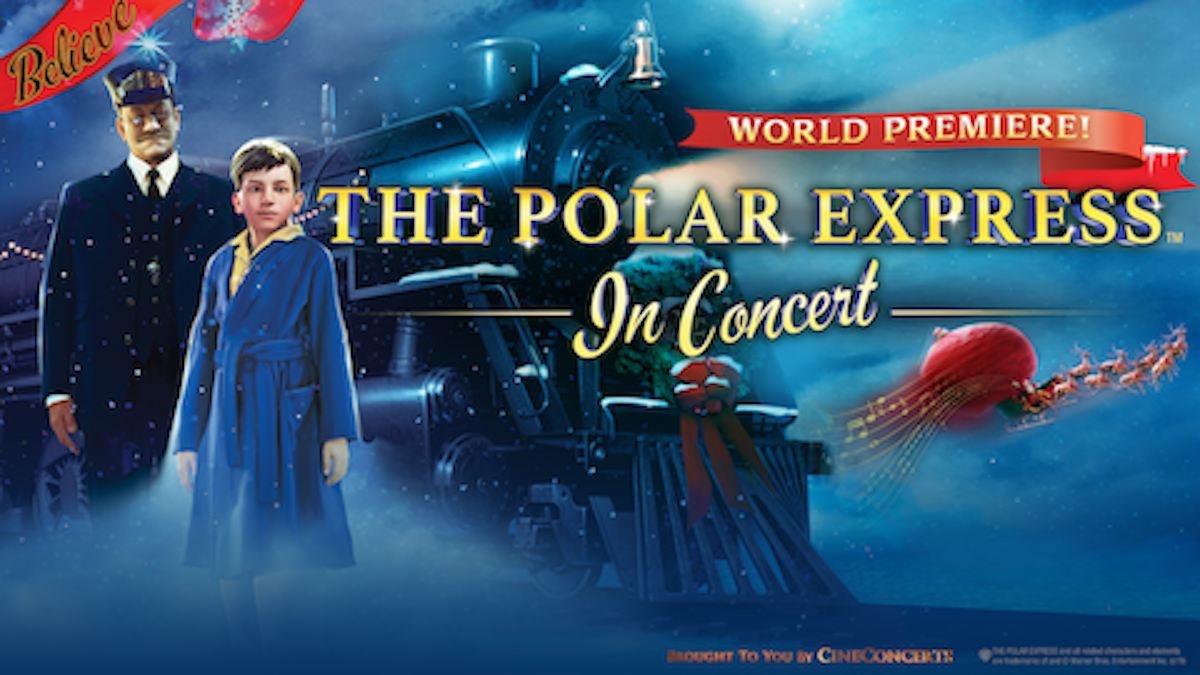 The Polar Express in Concert world premiere with the Vancouver Symphony Orchestra, in partnership with CineConcerts and Warner Bros. Consumer Products, announces the attendance of Alan Silvestri (Avengers, Forrest Gump, Back to the Future 1-3, Predator) – the film’s composer and two-time Academy Award® and Golden Globe® Award nominee for an exclusive pre-show discussion about the score and his career. Moderated by conductor Justin Freer starting at 6 PM at Pyatt Hall (limited to 100 seats), all patrons interested in attending should RSVP here.

This once-in-a-lifetime world premiere concert event will bring the Oscar® nominated holiday classic to Orpheum Theatre, and will feature The Vancouver Symphony Orchestra and choir performing every note from Alan Silvestri’s masterful score (with original songs co-written by Silvestri and Glen Ballard) while the entire film is projected on a 40-foot HD screen. Festive and fun pre-show activities will include carolers, a selfie photo wall, coloring tables for kids, an exclusive and immersive way to buy merchandise, and even Santa Claus!

In The Polar Express in Concert, experience the musical magic of Christmas Eve through Silvestri’s unforgettable score and be immersed as The Polar Express adventures up and down mountains, slip-slides over ice fields, and teeters across mile-high bridges. Embark on this musical journey to the North Pole while watching the iconic film about friendship, bravery, and the spirit of Christmas. The wonder of life never fades for those who believe. You’re on The Polar Express!

In addition to Oscar and Golden Globe nominations with Glen Ballard for Best Original Song (“Believe”), Silvestri also earned an ASCAP Film and Television Music Award for this score. The soundtrack was certified Gold by the RIAA in November 2007, and is considered among the best-selling film soundtrack/holiday albums of all time.

About Justin Freer
Justin Freer has established himself as one of the West Coast’s most exciting musical voices and is a highly sought-after conductor and producer of film music concerts around the world. He has served as composer for several independent films and has written motion picture advertising music for some of 20th Century Fox Studios’ biggest campaigns including Avatar, The Day the Earth Stood Still, Aliens in the Attic. As a conductor Freer has appeared with some of the most well-known orchestras in the world including the Chicago Symphony Orchestra, Cleveland Orchestra, London Philharmonic, Los Angeles Philharmonic, New York Philharmonic and the Philadelphia Orchestra. He is also one of the only conductors to have ever conducted in both the ancient Colosseum and Circus Maximus in Rome.

Freer has been recognized with numerous grants and awards from organizations including ASCAP, BMI, the Society of Composers and Lyricists and the Henry Mancini Estate. He is the Founder and President of CineConcerts, a company dedicated to the preservation and concert presentation of film, curating and conducting hundreds of full-length music score performances live with film for such wide-ranging titles as Rudy, Gladiator, The Godfather, Breakfast at Tiffany’s, It’s a Wonderful Life, Rudy and the entire Harry Potter film franchise.

Mr. Freer earned both his B.A. and M.A. degrees in Music Composition from UCLA, where his principal composition teachers included Paul Chihara and Ian Krouse. In addition, he was mentored by legendary composer/conductor Jerry Goldsmith.