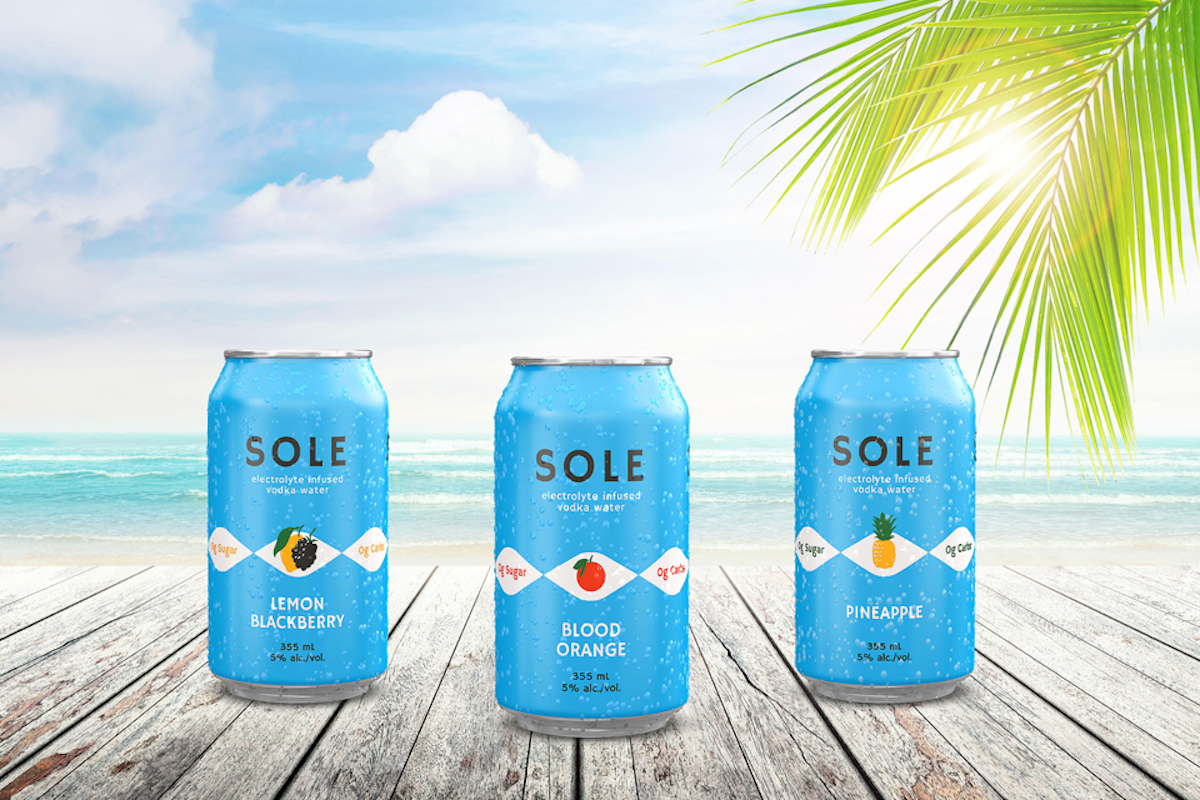 Sole’s electrolyte infused vodka water has arrived, and boy are their flavours intriguing. The Vancouver-based company just released three satisfying flavours you got to get your hands on. Each flavour consists of zero carbs, zero sugars, natural flavourings, alongside 20mg’s of marine magnesium electrolytes. The electrolytes are sourced from ocean sea salts in which is said to provide outstanding health benefits like; fatigue reduction, energy metabolism, and reduction of dizziness. All product lines are also non-carbonated, eliminating that dreadful bloating factor on those hot, summer days.

Although they haven’t come out with variety packs yet, let’s take a closer look at the flavour profile and which one you should try first– but we urge you to try them all.

First on the list is Sole’s Pineapple Vodka Water. As most of you could imagine, light and refreshing. Most flavourful out of the three, but not too overpowering where the word “cooler” comes into play. The flavour masks the vodka, essentially just tasting like… flavoured water. In other words, it tastes like a vacation. Pineapple is definitely our personal favourite out of the three.

Up next is the thirst-quenching Blackberry Lemon, and as you could guess, it tastes exactly how it sounds. When we tried the flavour it was somewhat eventful– at first try you could feel the taste of blackberries rushing past your taste buds, then soon after a hint of lemon conceals the berries like somebody instantly swapped your drink with freshly squeezed lemonade. It was sort of confusing, but revitalizing, and makes you want more.

Think of it like this; you pour yourself a vodka water, and someone comes along and squeezes a freshly cut orange into your drink, and that’s exactly how it tastes. Sour and tarty, which is nice. The flavour is almost unique as we haven’t tried a vodka product with blood orange in it before, but it’s definitely something we could get used to. More subtle out of the three flavours, so for those who like the overpowering taste of flavour, you might want to pick up some of the Pineapple. Nonetheless, if we see the Blood Orange on the shelves, it’s a no brainer.

And there you have it, the full scope of Sole Vodka’s flavours. Word on the street is, they’re coming out with a pink grapefruit vodka water before summer rolls around again. *Checks calendar* only 241 days till summer.