It’s been 15 years since the first Starbucks soy latte (and soy chai tea latte and soy cappuccino). The company launched its first dairy alternative in 2004 just as plant-based milk options were starting to gain in popularity.

Starbucks added coconut milk beverage to its lineup in 2015 and almond milk beverage in 2016. The company’s R&D team also began creating new beverages to highlight the flavours of the non-dairy milks like the Coconutmilk Mocha Macchiato and Horchata Almondmilk Frappuccino® blended beverage.

Now, the first Starbucks beverages of the decade are made with plant-based milk alternatives – introducing the new Almondmilk Honey Flat White and Coconutmilk Latte! The beverages join Starbucks permanent menu across Canada starting today (Jan. 7) as part of the new winter food and beverage lineup. 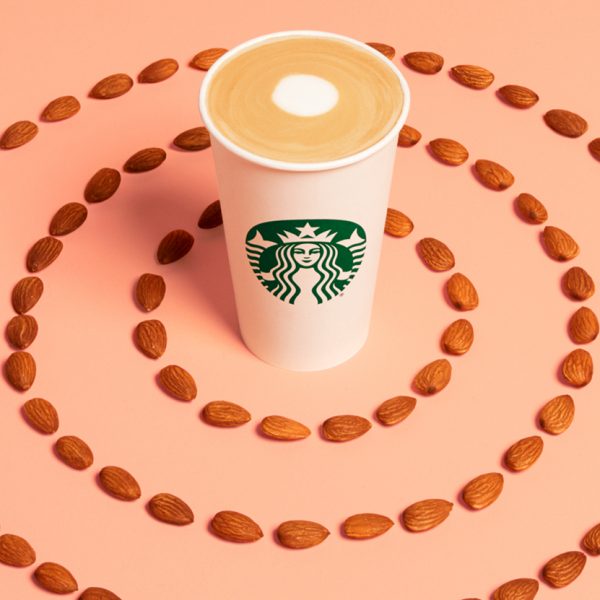 “We started with the coffee,” said Raegan Powell, product developer on the Starbucks Beverage team. “Blonde Espresso pairs well with lighter milk alternatives, especially almondmilk. It’s a little bit nuttier, so it complements the almond-based milk.”
She created a coffee-forward beverage with real honey to complement the almond flavour with a touch of sweetness. The Almondmilk Honey Flat White combines shots of Blonde Espresso with a Honey Blend and steamed almondmilk, finished with the Flat White’s signature dot of foam. 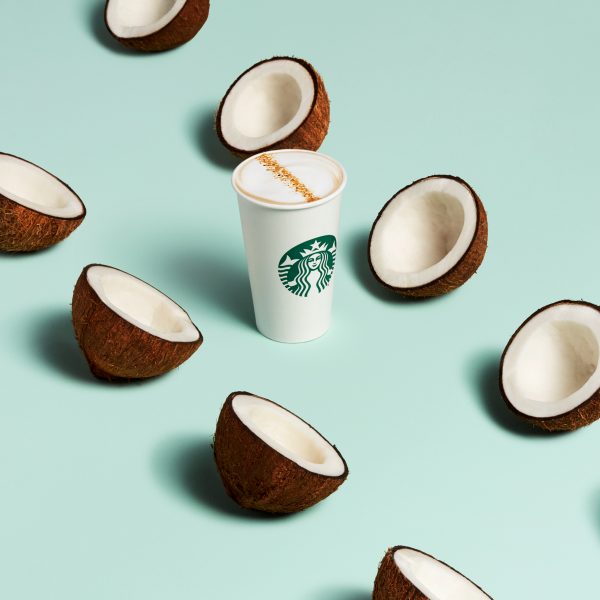 “Coconutmilk is such a star on its own, we leaned into highlighting the coffee and the [coconut]milk,” Powell said. “We found that the cascara sugar on the top added just a little bit of sweetness without overpowering the beverage.”

For the Coconutmilk Latte, Powell and the team crafted the beverage using shots of Blonde Espresso combined with steamed coconutmilk and finished with a strike of cascara sugar.

“Customers are looking for more ways to personalize their beverages,” Powell said. “We love how the nuanced flavor you get with plant-based milks pairs with espresso, either hot or iced. It’s a new way to start your new year.”