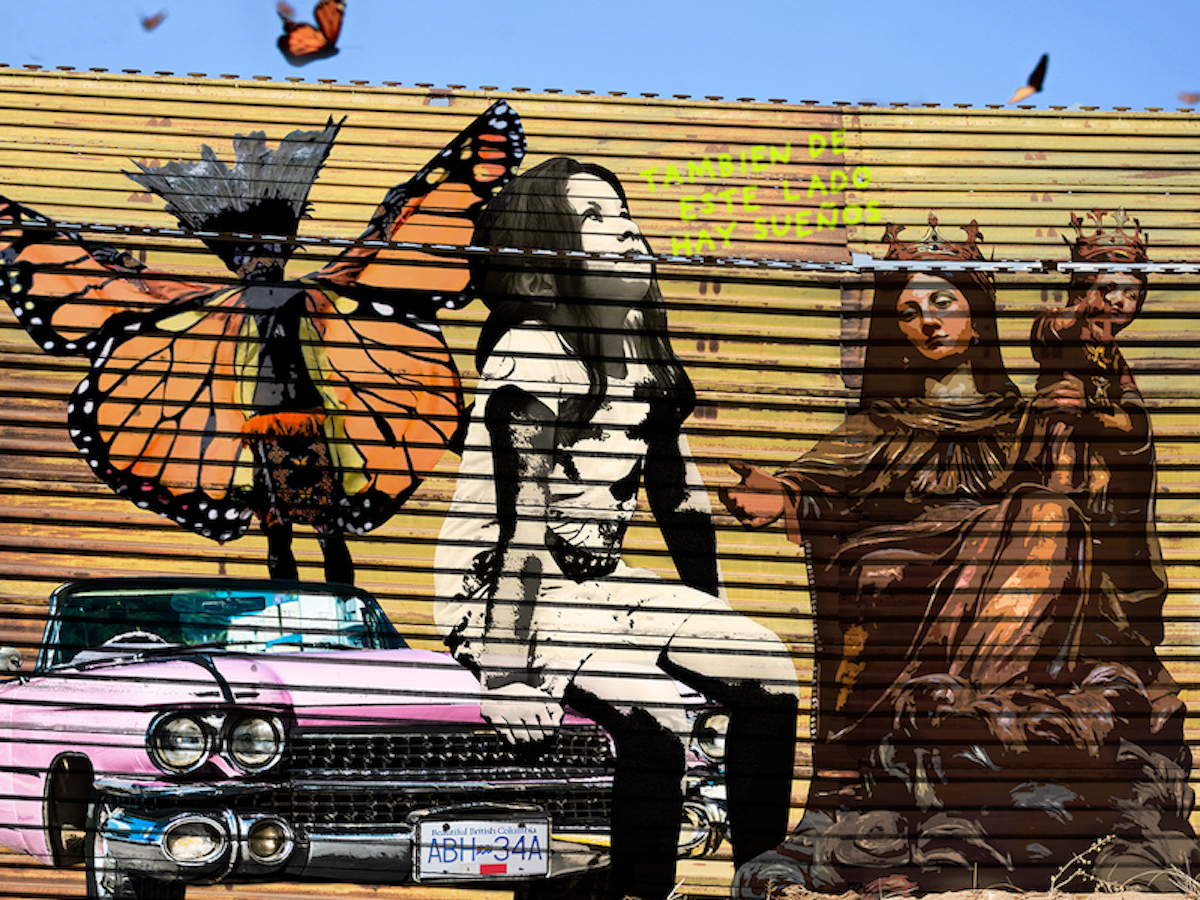 Electric Company Theatre presents the world premiere of Carmen Aguirre’s spellbinding new work, Anywhere But Here, from February 4–15, 2020 at the Vancouver Playhouse.Directed by Juliette Carrillo with set design by Christopher Acebo — an acclaimed Chicanx duo making their Canadian debut — this haunting blend of dark comedy and magical realism is a vibrant celebration of Latinx theatre that chronicles the many paths and timelines, real and imagined, we take to discover the truth — the truth about who we are, and where we may be headed. Produced in association with Playwrights Theatre Centre and presented with the PuSh International Performing Arts Festival, the play introduces a host of fantastical characters who have experienced the pull of home, the ache of displacement, and the harsh realities of the borderlands in Trump’s America.

“Anywhere But Here marks the first time in Canadian history that a Latinx work of this size makes its world premiere on a major stage,” says Electric Company Theatre Core Artist and Anywhere But Hereplaywright Aguirre. “We are in the midst of the biggest refugee crisis the world has faced, with millions of people living in a state of displacement and exile. Behind the statistics and news media are real stories of individual and collective resilience that need to be shared. It was important to me that the participating artists reflected this reality, and I am thrilled to bring together such a talented team of nine actors of colour from across Canada. Anywhere But Here humanizes those being made to flee their homes and celebrates the nuanced layers of Latinx culture.”

Set in 1979 on the desert border between the United States and Mexico, Anywhere But Here is a psycho-social-spiritual-physical journey that represents the inner turmoil of exile. The play’s main character is an eleven-year-old girl being driven from Canada to Chile by her father in a convertible, along with her twelve-year-old sister. On a mission to refute their refugee status, the trio meets a roster of vivid characters from the 1800s, their present-day reality of the 1970s, and a future timeline in 2020. Following the non-linear, visceral nature of memory itself, the play pays homage to the rich history of magical realism in Latin American literature as its characters attempt to cross and guard borders — surviving what was left behind and all that is still to come.

The set is designed with minimalist pieces by Acebo, whose work includes the Broadway production of the 2014 Tony Award-winning All the Way by Robert Schenkkan. Costume designer Carmen Alatorre sourced and built period pieces from the 1970s and 1850s, including an original butterfly creation and an elaborate Virgin Carmen, the patron saint of Chile. The luminary team also includes lighting designer Itai Erdal, a shortlist nominee for the Siminovitch Prize in 2018; sound designer Eli Haligua, who has worked on films screened at Cannes; and projections by Candelario Andrade. Vancouver-based composer and percussionist Joelysa Pankanea serves as music director.

Juno Award-winning hip hop artist Shad will make his theatrical debut with his rap pieces, co-written with Aguirre. From 1970’s disco to the batucada to the blues, the music of Anywhere But Here is a significant and heavily featured element in the play, carrying the story across several historic events to the present day.

Aguirre is a best-selling author, actor, and playwright. Born in Santiago, Chile, she spent her early adult life as an activist in the underground resistance movement against the dictatorship of Augusto Pinochet. After returning to Vancouver in 1990, Aguirre attended Studio 58 and began building a body of work that centred thematically on loss, alienation, and exile.

Electric Company Theatre has toured throughout Canada, to the US and the UK and co-founded Progress Lab 1422, a 6,000 sq ft theatre creation space in Vancouver BC, with Rumble Theatre, Neworld Theatre and Boca del Lupo. Over its 20 year history, Electric Company has created more than 23 original works including Betroffenheit, Tear the Curtain!, No Exit co-produced with The Virtual Stage, Studies in Motion,Brilliant!, and the feature film The Score.