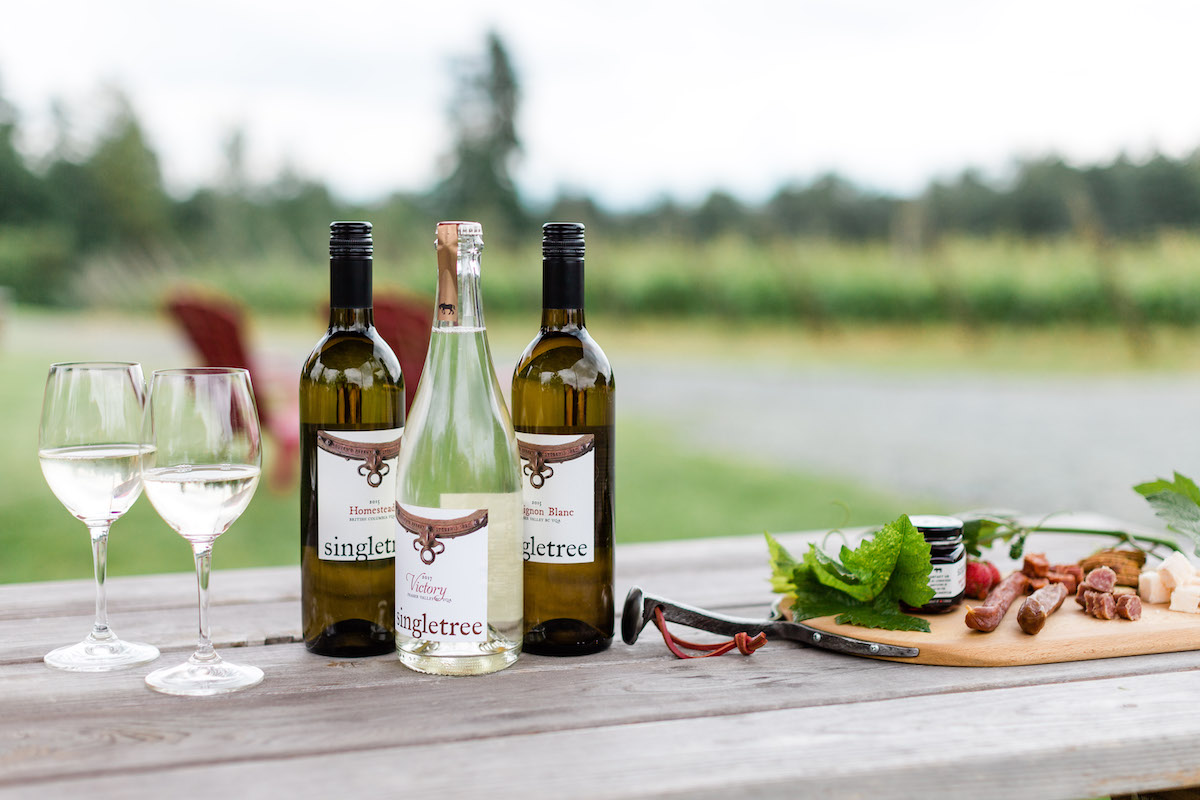 Now on-sale for $16.49 a bottle in select BC Liquor Stores while supplies last. 49 BC Liquor Stores in cities including Vancouver, Victoria, Prince George and more. Click “Where to Buy” button HERE for complete store list.

Singletree Winery Fraser Valley is in the Mt. Lehman area of Abbotsford, and Singletree Naramata Bench opened in 2018. The Etsell family has deep roots in the BC agricultural community.

The winery’s overall production is small, so having one of their wines featured at BC Liquor Stores through a new BC Wine Institute initiative allows more people access, and for British Columbians to discover something new as they enjoy these hard-to-get BC VQA wines.

The 2017 Sieggie (pronounced siggy) embodies all the local passion and family values found at Singletree Winery. Sieggie was the name given to the Siegerrebe after customer feedback was that it is a tricky grape to pronounce. Siegerrebe (see-geh-RAY-buh), which means “victory” in German, is a white grape that grows very well in cooler climates with intense aromatics, like Gewürztraminer.

Awarded a whopping 91 points by respected wine critic John Schreiner, the 2017 Sieggie is one of the best in the province. Tasting notes reveal peaches, pear, crisp apple, stone fruit and a slightly spritzy finish. Due to an unusually wet spring and dry summer, 2017 yielded fantastic fruit quality and produced some of BC’s strongest vintages

Visit singletreewinery.com and learn more about how the Etsell family, with careful attention to their land, are committed to showcasing the best of British Columbia: the Fraser Valley, which provides a lineup of aromatic, crisp, and juicy wines that highlight this unique terroir; and Naramata Bench in the Okanagan, where the glacial soils and warm climate produce luscious red wines.

1 thought on “Singletree Winery Now Found at BC Liquor Stores”