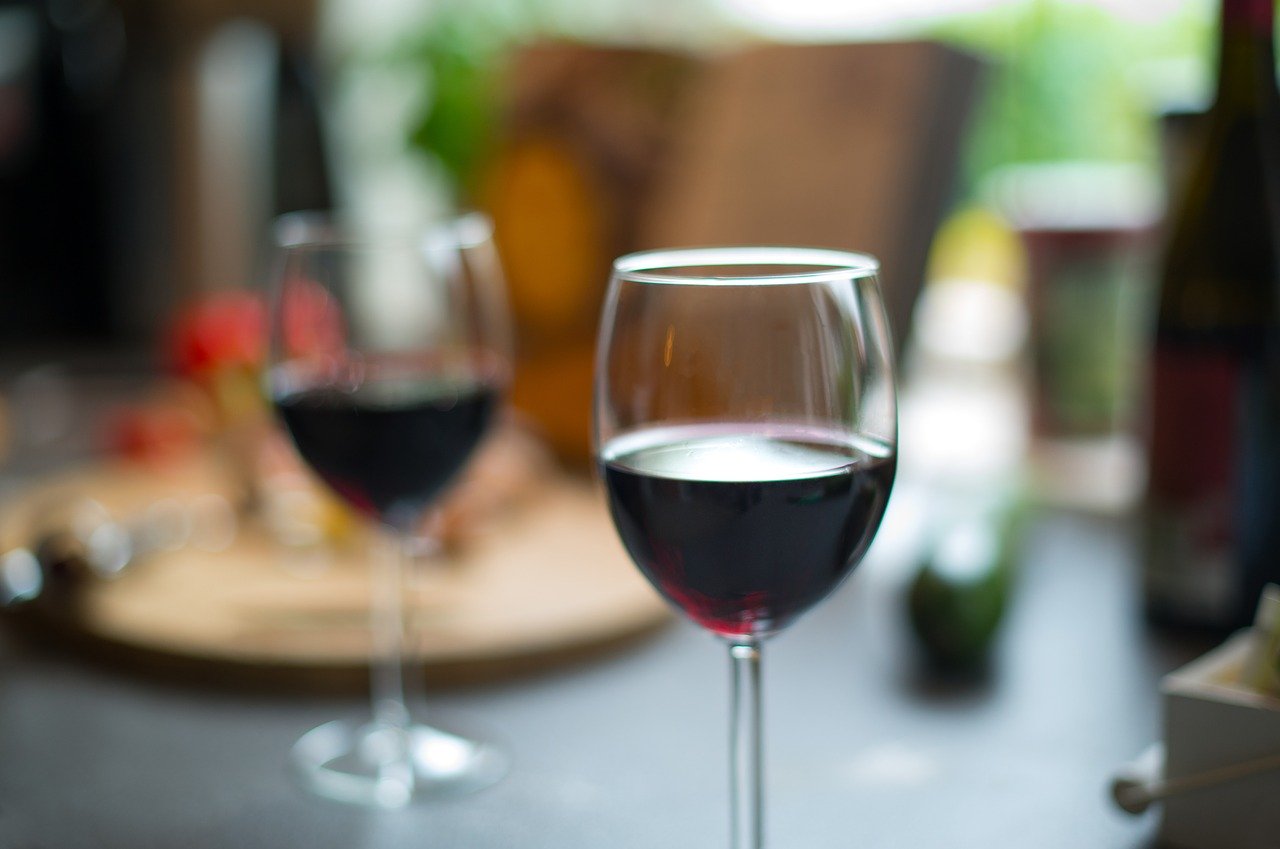 In addition to the weekly wine review and the various other, usually wine-related, articles I write for My Van City, I am going to include a new one that will appear from time to time. I’m calling it, ‘From the Cellar’.

It will be much like the wine reviews, except that it will feature wines that have been aged.
It came to my attention that in an earlier review, I included a wine that is no longer made by a certain winery. They were very happy with the mention and my positive comments, but they were concerned someone might try to track down a bottle and be disappointed when they found it wasn’t being produced any longer. So, from now on I will keep the ‘Wednesday Wine Review’ to recent vintages that should still be available and ‘From the Cellar’ for those that I have to blow the dust off of. There are no hard and fast rules. I recently bought a couple of reds at my local liquor store that were 2010 vintages (a great deal in my eyes). While most people drink what they buy in a matter of days, if not hours, more and more people are realizing the benefits of holding on to some of their wines and are enjoying the benefits of doing so. 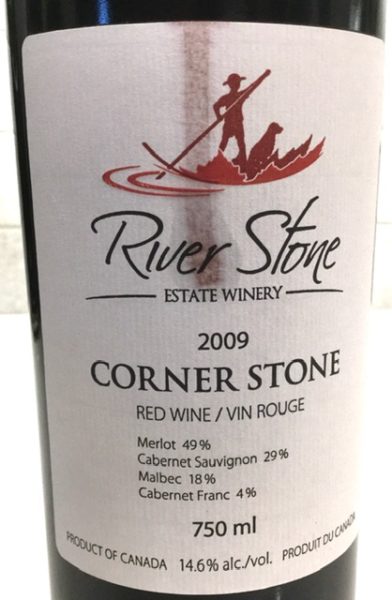 2009 Cornerstone (Bordeaux Blend)
Riverstone
Oliver, BC
$33.20 (current price)
This blend is made from 49% merlot, 29% cabernet sauvignon, 18% malbec and 4% cabernet franc.  Garnet black in colour with deep intensity.  The nose is rich and layered with aromas of plum, cocoa, blackberry, black current, black olive, dusty herbs, tobacco leaf, and pencil shavings.  Well balanced with very smooth ripe tannins.  The flavours echo the nose followed by a medium-long finish with flavours lingering.  This is why you should age better BC reds. 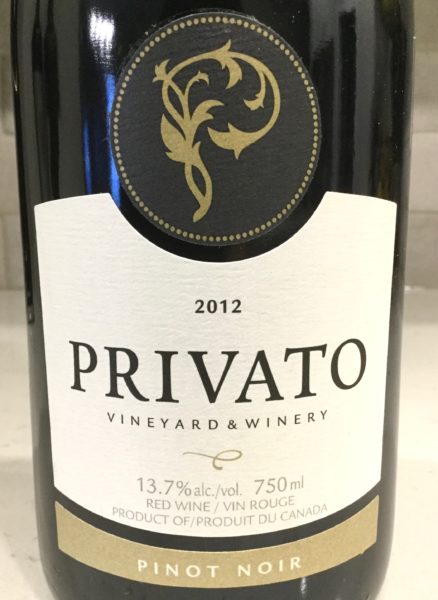 2012 Pinot Noir
Privato
Kamloops, BC
$39.90
Garnet red tinged with brick and medium-plus intensity.  Black cherry, black pepper, dried herbs, plum, earth, and touches of cinnamon and cigar box on the nose.  Good balance with soft ripe tannins.  Layered on the palate followed by a medium-long finish with fruit flavours lingering.  Noticeable improvement from when I last tasted it three years ago.  Beautiful now but will go on for another three to five years.

2013 Primitivo (Reserve)
Pacific Breeze
New Westminster, BC
$23.99
Unfiltered and unfined, this wine comes from the Bella Grace vineyard in Shenandoah Valley in California.  It was aged in French and American oak for 26 months.  Garnet red with a touch of brick.  Dried red and black fruit, sweet spice, dust, cocoa, toast, and vanilla on the nose.  Well balanced with smooth soft tannins.  The flavours reflect the nose followed by a medium-plus finish with flavours lingering.  Perfect with BBQed ribs or tomato sauced pizza.

2009 Pinot Noir (Hollenbach Vineyard)
Church and State
Oliver, BC
$25.86
Garnet/brick colour with medium intensity.  Very nicely aged at 11 years.  The nose opens with aromas of dried cherry and strawberry, meaty notes, savoury, cola, and spice.  Very well balanced.  Bright/dried fruit flavours on the palate that reflect the nose followed by a medium-long finish with fruit flavours lingering.  This wine was very nice when opened and absolutely excellent the next day.  If you have one in the cellar open it now. 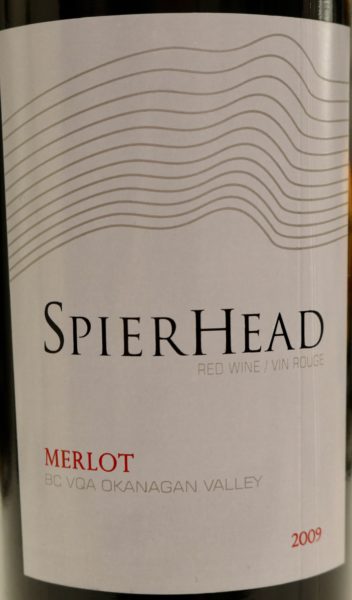 2009 Merlot
Spierhead (now Spearhead)
Kelowna, BC
$29.90
My notes show I had previously tasted this vintage in 2014.  Similar comments, but now at 11 years of age, it is even better.  Garnet/brick in colour with medium-deep intensity.  The nose is layered with aromas of red and black fruit, especially dark cherry and raspberry, earth, cocoa powder, and spice.  Well balanced with smooth ripe tannins.  The palate echoes the nose followed by a medium-long finish.  Tom Dibello was the winemaker for this vintage.  Lucky you if you still have one in your collection.