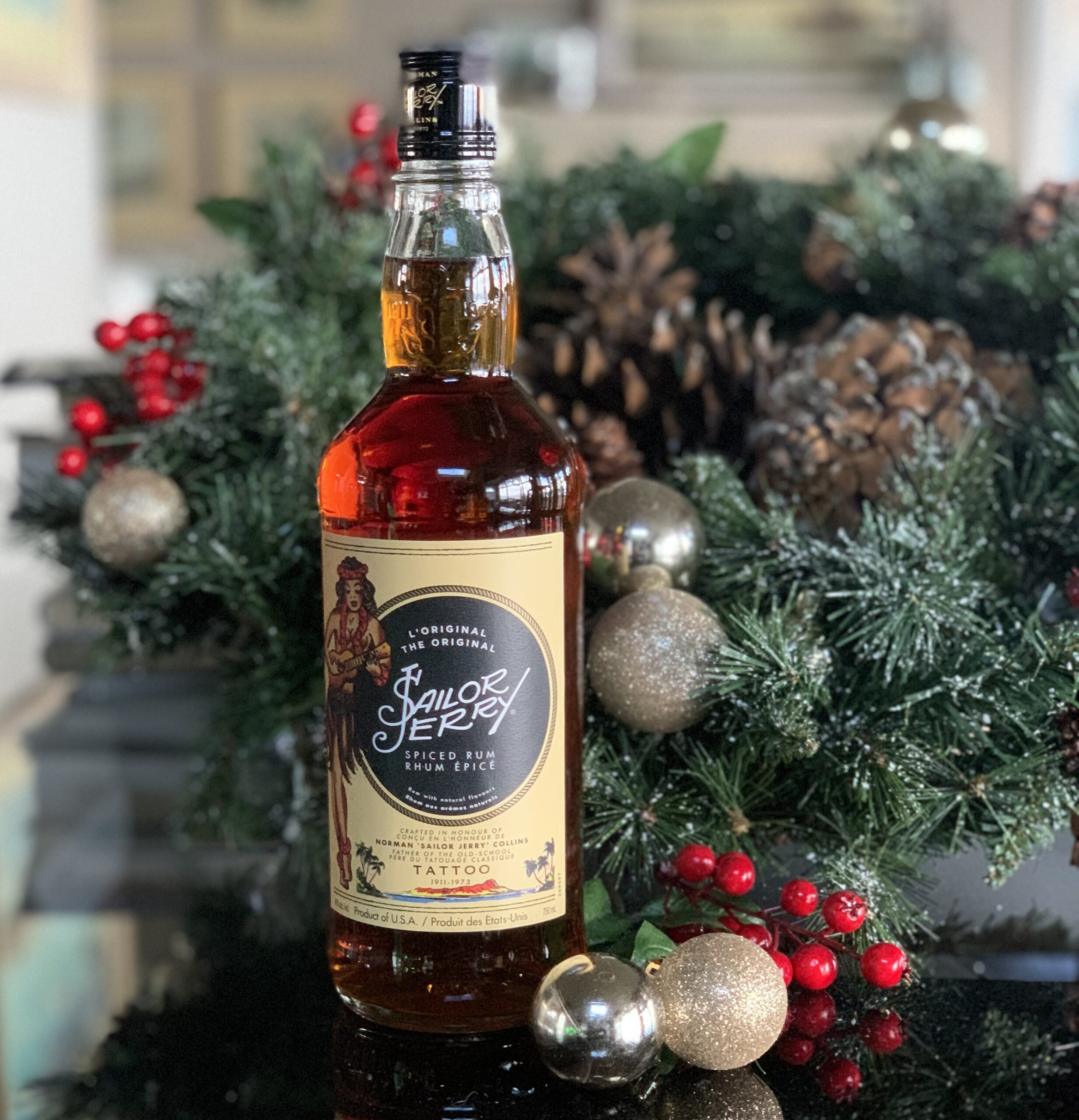 Your holiday should have some fun built in. What could be more fun than enjoying some Sailor Jerry with friends and family?

IN THE PAST, a ship’s captain would take a ladle of rum, add gunpowder and ignite it to provide “proof” of the rum’s integrity to his crew. Sailor Jerry continues this age-old tradition of serving quality spiced rum to provide an unmatched base for mixed drinks.

The brand prides itself on creating spiced rum the old-school way, using an expert blend of carefully chosen spices in high-proof rum for a perfectly balanced liquid.

Crafted after intensive research into historical maritime rums, Sailor Jerry has developed a smooth rum with a rich flavor. The result is a high-proof spirit that’s perfect for mixing in your favorite cocktails, including Long Island Iced Teas, Mai Tais and Mojitos.

TASTING NOTES
Flavors of vanilla and oak with hints of clove and cinnamon spices.

SAILOR JERRY WAS BORN NORMAN COLLINS, BUT CHOSE TO DEFINE HIMSELF ON HIS OWN TERMS. HE SIMPLY WASN’T ONE OF THOSE PEOPLE BORN TO LIVE A MIDDLE-OF-THE-ROAD LIFE AND HE KNEW IT. BACK IN THE 1920’S, WHEN COLLINS CAME OF AGE, TATTOOING WAS AN EXPRESSION THAT BELONGED TO AN EMERGING AMERICAN COUNTERCULTURE. IT WAS A MARK OF NOT BLINDLY FOLLOWING THE MAINSTREAM – OF CHOOSING TO LIVE OUTSIDE THE LINES.

Collins left home as a teenager to travel the country by hitchhiking and train hopping. He wasn’t alone. At that time, a substantial number of Americans, young and old, were bypassing the so-called American Dream for a different kind of existence. For some, this was prompted by hardship and necessity. But for Collins and others like him, it was about wanderlust and freedom. They traveled by freight train, took temporary work and camped along the way. This was when Collins started learning his craft, working primitively with only a needle and black ink, creating designs freehand, one poke at a time.

He eventually landed in Chicago and two things happened that changed his life. One, he hooked up with local tattoo legend, Gib ‘Tatts’ Thomas, who taught him to use a tattoo machine. (For practice, he paid bums with cheap wine or a few cents to let him tattoo them). The second was joining the Navy. The United States Navy was a place where a young man who’d been crossing the country on freight trains could up the ante on his adventure and cross oceans. It was during this time, Collins developed a lifelong love of ships. He would eventually earn master’s papers on every kind of vessel you could get tested for.

When Collins mustered out of the Navy, he settled in Honolulu. Back then, Hawaii was backwater cluster islands, but within a few years, the Japanese bombed Pearl Harbor and everything changed. At the height of WWII, over 12 million Americans served in the military and, at any given moment, a large number of them were on shore leave in Honolulu. The circumstances of war fed a cross-section of American men into environments that usually only existed on the fringes – places like Honolulu’s Hotel Street, a district comprised almost exclusively of bars, brothels and tattoo parlors. This was where Collins, as Sailor Jerry, built his legacy.

Information and tasting notes courtesy of Sailor Jerry website, notes in italics courtesy of the LCBO and BC Liquor Stores respectively. Images: MyVanCity. I received complimentary product to facilitate this feature.