With thanks to Boulevard’s Director of Operations, Steve Edwards, (also a certified sommelier) who has suggested a couple of beverage pairings which we’re sharing along with the recipe (see below):

“To pair with Chef Alex’s Korean Galbi ‘Dog’, I would recommend something refreshing like a Stanley Park Pilsner. For wine, I’d suggest a lighter, earthy red with choke cherry notes (not ripe fruit), like a village Burgundy.” 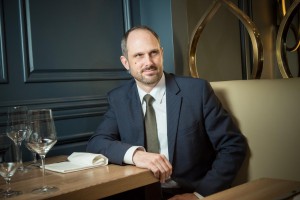 For Steve Edwards, there’s a specific recipe for success behind any restaurant — a symmetry of exemplary cuisine, a distinctive-yet-accessible wine list, consummate service and a warm, inviting atmosphere. If there’s one person who can speak with unabashed authority on the subject of what ultimately determines the good fortune of any restaurant, it’s Steve. From his time as restaurant manager and sommelier at Vancouver’s CinCin Ristorante + Bar and restaurant director at Araxi — Whistler’s first fine-dining restaurant and star of Gordon Ramsay’s Hell’s Kitchen — to his time as general manager and wine director at Whistler’s Bearfoot Bistro and Cibo Trattoria in Vancouver, the industry stalwart has demonstrated an uncanny knack for knowing exactly what fills the seats and creates lasting impressions.

1/5 of an Granny Smith apple, do not peel 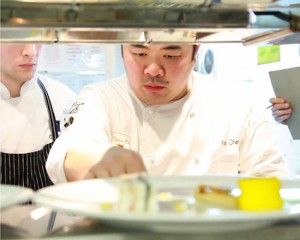