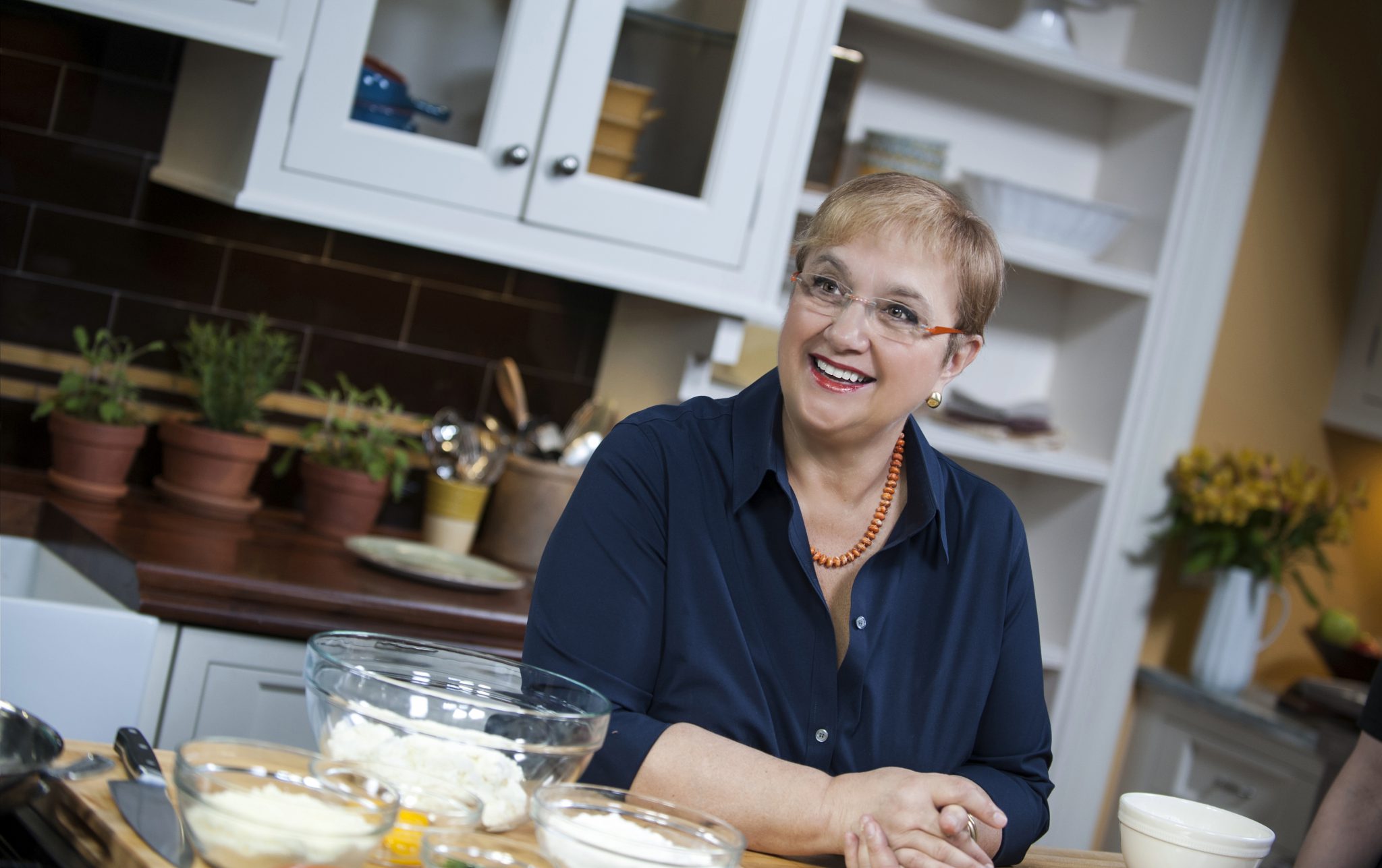 An unforgettable evening of Italian food, wine and song is in store for fans of Lidia Bastianich as the BC Chapter of Les Dames d’Escoffier honours the Emmy award-winning TV personality, cookbook author and restaurateur. Sit down for a Gala dinner with Lidia on September 23, 2016 at the Four Seasons Hotel Vancouver and support Les Dames d’Escoffier’s outreach and scholarship programs. Now, that’s amore!

Una Bella Notte con Lidia begins with a Taittinger champagne reception and is followed by a multi-course dinner prepared by Vancouver’s leading chefs with exquisite wine pairings. The evening closes with an after lounge party. The witty and genial Fanny Kiefer raises a glass or two amidst the dinner party chatter as special guests share their favourite Lidia stories.

In conjunction with the participating luminary chefs, Les Dames member and Executive Chef Margaret Chisholm of Culinary Capers Catering has created the following menu for the magical evening of food and wine.

Cannelloni of Chocolate with Duck Confit

Tickets are $325 per person and can be purchased through the Les Dames d’Escoffier website at www.lesdames.ca/gala/. Each guest receives a signed copy of Lidia’s cookbook, Mastering the Art of Italian Cuisine as a memento of the evening. Seating at the long communal table is limited for this special evening and once-in-a-lifetime chance to meet an iconic personality and fellow New York based Les Dames d’Escoffier member, Lidia Bastianich. Come join us for a delicious evening and a taste of Italy.

Sponsors for the evening include the gracious and generous support of:

For those wishing to stay overnight at the Four Seasons Hotel and take the elevator home, a special preferred rate of $350 plus applicable taxes is extended to all guests. Reservations can be made by calling the hotel’s reservations at 604.689.9333 and asking for the Friends of Les Dames d’Escoffier rate or online at www.fourseasons.com/vancouver with code CI1016DAM.

Les Dames d’Escoffier is an international association of professional women dedicated to supporting the advancement of people in the hospitality and culinary domains as well as fostering industry excellence through educational and charitable activities.  Each year, the BC Chapter holds special events to raise funds in support of its local endeavors.  For more information on the BC Chapter of Les Dames d’Escoffier, visit www.lesdames.ca, Facebook or follow us on Twitter @LesDamesBC. For information on Les Dames d’Escoffier International, please visit www.ldei.org.

Lidia Bastianich is an Emmy award-winning public television host, a best‐selling cookbook author, restaurateur and owner of a flourishing food and entertainment business. She is the chef/owner of four acclaimed New York City restaurants – Felidia, Becco, Esca and Del Posto, as well as Lidia’s Pittsburgh and Lidia’s Kansas City – along with her daughter Tanya. Lidia also has a line of pastas and all natural sauces called LIDIA’S. Along with her son, Joe Bastianich, Mario Batali and Oscar Farinetti, the team opened Eataly, the largest artisanal Italian food and wine marketplaces in New York City, Chicago and Sao Paolo, Brazil and the soon-to-be Toronto location. For further information about Lidia, please visit www.lidiasitaly.com.

#FridayFavourites – what’s on August 5 to 11