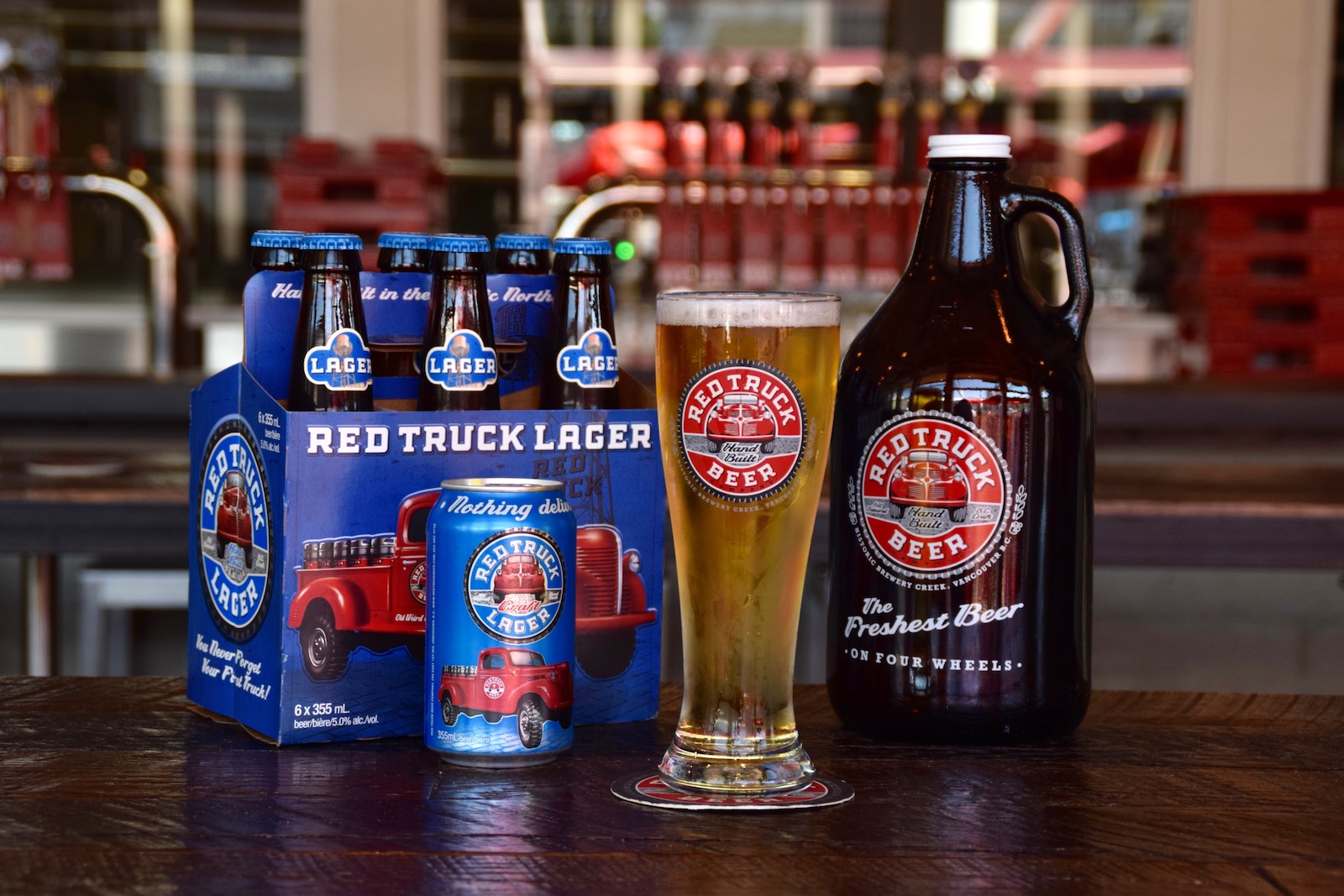 From the day that the first red truck rolled out onto the streets, delivering fresh Red Truck Beer around Vancouver, Red Truck Lager has been one of its flagship brews and it’s become one of the best known and loved craft beers in BC.

In a business as fast-changing and growing as craft beer industry, it’s extra rewarding for Red Truck to win a Silver Medal at the 2017 Canadian Brewing Awards for one of its very first recipes. While feedback from happy beer lovers is the most important praise that a brewery can get, everyone at Red Truck is proud to still be receiving awards and accolades for its lager a decade-plus on. Its success with judges and beer drinkers alike is a testament to the brewery’s original vision and constant efforts to make sure that every beer is brewed and delivered fresh and delicious.

“The craft beer business has seen incredible growth over the last 12 years,” said Red Truck General Manager Jim Dodds. “It’s gratifying for everyone at Red Truck Beer that we’re still winning awards over a decade into our journey.”

Red Truck Lager is a European-style lager made with all Canadian malts and Saaz hops and brewed slowly, using a traditional cool fermented, long storage process for a classic pilsner flavour that goes with everything from spicy food to hot days on the deck.

This honour follows hot on the heels of Red Truck Beer’s launch into Alberta where a whole new province of beer lovers will be introduced to The Freshest Beer on Four Wheels. For more information on Red Truck Beer, visit www.redtruckbeer.com.