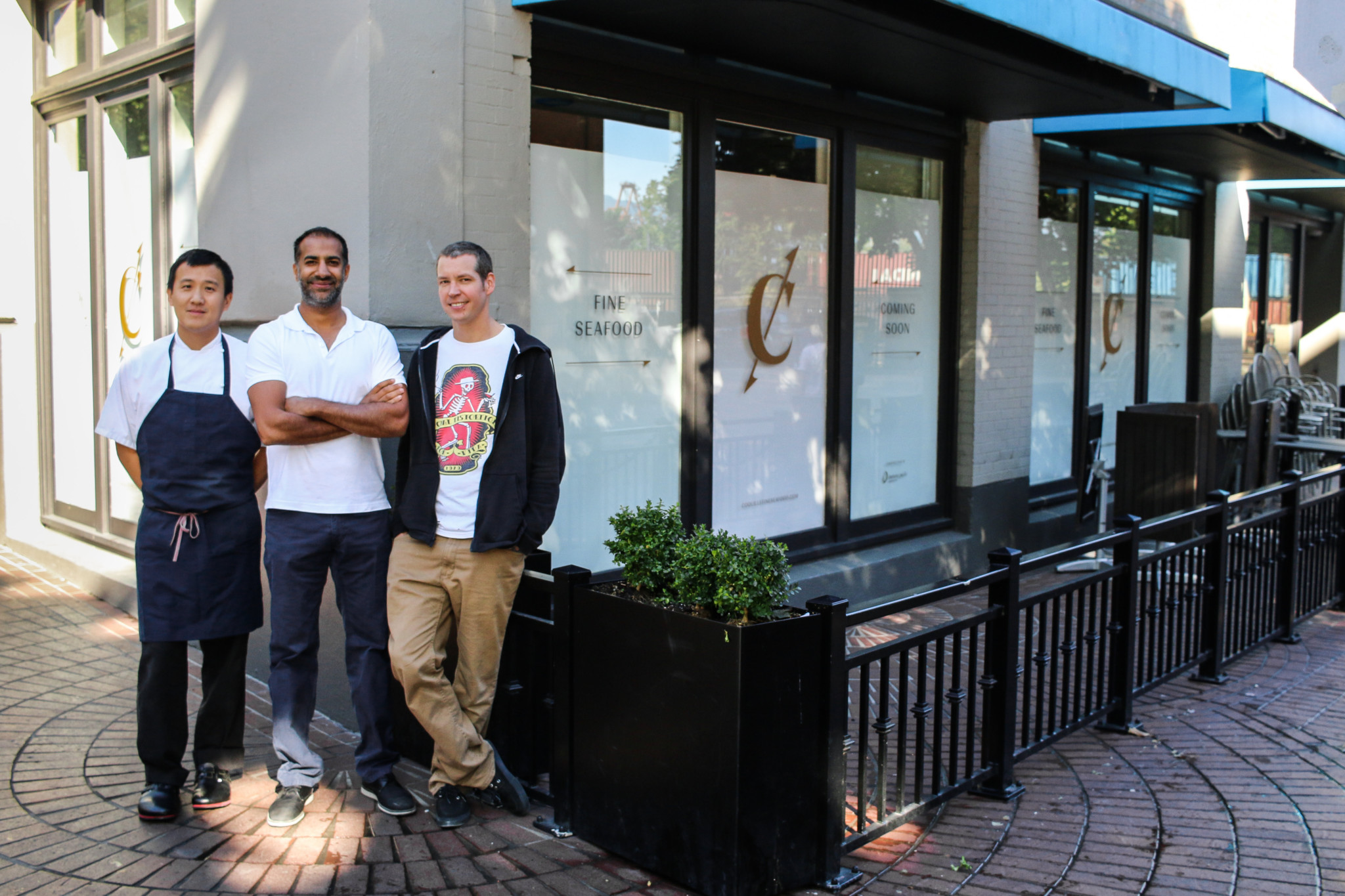 Acclaimed Vancouver chefs Lee Cooper and Jack Chen will write the next chapter in their ongoing culinary collaboration this winter when they open the doors to Coquille Fine Seafood at 181 Carrall Street overlooking Maple Tree Square in the heart of Vancouver’s historic Gastown district.

A 4,100-sq.-ft. space that features an expansive dining room, lounge, bar and patio, Coquille will offer a modern spin on a classic fish house thanks to a menu spotlighting a fresh-caught bounty of seafood and shellfish.

Coquille represents the latest project for Cooper and Chen, who first began sharing time on the line in 2008 at The Pear Tree Restaurant. Cooper later went on to launch the award-winning Gastown staple L’Abattoir in 2010, while Chen honed his culinary skills as part of the opening back-of-house teams at L’Abattoir, Farmer’s Apprentice and Royal Dinette before rejoining Cooper at L’Abattoir in 2016. Bringing another high-profile name and reputation to the Coquille partnership is Nin Rai, also of Truffles Fine Foods and L’Abattoir.

The pair of pedigreed chefs behind Coquille are no strangers to accolades: Cooper, who launched the ultra-exclusive restaurant-within-a-restaurant concept No. 1 Gaoler’s Mews earlier this year, led L’Abattoir to the coveted title of Best Gastown/Railtown Restaurant at the 2017 Vancouver Magazine Restaurant Awards, while Chen helped earn Royal Dinette — the restaurant where he most recently reigned as head chef — the top spot in the Best Pacific Northwest category at the same ceremony.

“Coquille will be the type of restaurant that we feel has been lacking not just in Gastown but Vancouver as a whole, and we’re looking forward to putting the focus on fresh-caught seafood that is handled, prepared and served simply in a comfortable space where people feel instantly at home,” says Cooper.

ABOUT COQUILLE FINE SEAFOOD | Opening in winter 2017/18 in the heart of Vancouver’s historic Gastown district, Coquille Fine Seafood is the latest project for acclaimed chefs Lee Cooper and Jack Chen and partner Nin Rai. With a wide-ranging menu of fresh-caught seafood and shellfish, an expansive dining room, bar, lounge and patio and nautically-inspired décor, Coquille Fine Seafood offers locals and visitors alike a relaxed-yet-elegant experience for lunch, dinner and late-night drinks and a modern spin on a classic fish house.

TICKETS TO AUGUST EDITION OF VANCOUVER’S MOST EXCLUSIVE DINING EXPERIENCE, NO. 1 GAOLER’S MEWS, TO BE RELEASED ON JUNE 1 AT 10 A.M.