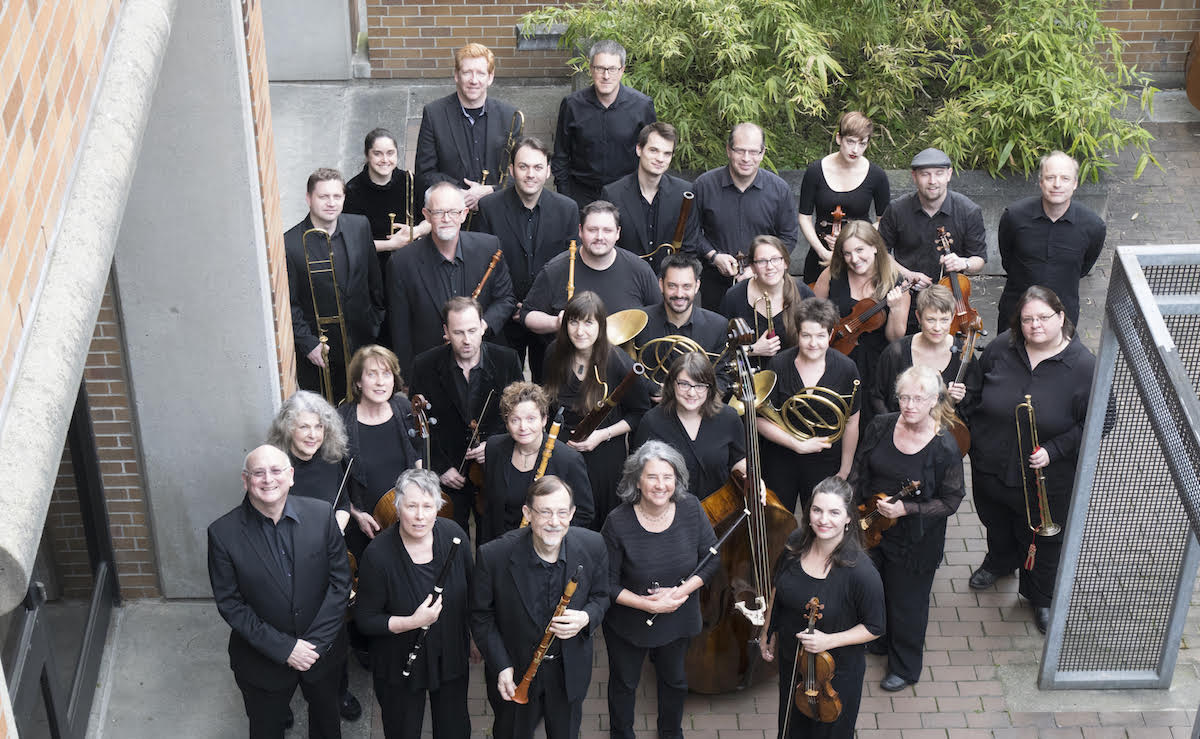 Early Music Vancouver (EMV) presents the first unqualified masterpiece in operatic history, Monteverdi’s Orfeo, on October 29, 2017 at 3pm at the Chan Centre for Performing Arts. Often described as a “game changer” in the history of music, the work marks the end of the Renaissance and the beginning of the Baroque. This classic myth of love and loss will come to life under GRAMMY award-winner and Monteverdi specialist, Stephen Stubbs, leading the singers and musicians of Seattle’s Pacific MusicWorks. This production will star Vancouver’s own internationally celebrated tenor Colin Balzer in the title role, and will also include San Francisco’s Dark Horse Consort, North America’s most respected 17th century wind ensemble.

“Since the day I began working with EMV, I have been looking forward to bringing this pivotal and seminal work back to Vancouver,” not looksays Matthew White, Executive and Artistic Director of EMV. “Monteverdi’s Orfeo continues to have an unbelievably powerful effect on contemporary audiences. To my ears, its genius is undiminished by the passing of over 400 years. It feels as fresh and exciting today as it must have been to audiences in the 17th century. It is one my favourite works of all time.”

This tragic tale follows the Greek musician and demi-god, Orfeo (Orpheus in the original legend), who after losing his beloved Euridice to a snake bite, descends into Hades to use the power of music to convince the god of the underworld, Plutone, to return his beloved to life. Orfeo sings and plays so convincingly that Plutone agrees to grant his request, but on one condition – does not lookback when leading his love out of the darkness. Tragically, Orfeo, wracked by doubt and unable to control his own passion, glances back, condemning his beloved to an eternity in darkness, and Orfeo to a life without love. Returning to the light alone, Orfeo sings one of the most poignant and powerful laments in operatic history, ultimately reaching the ears of his father Apollo, the God of Music. Out of pity for his son, Apollo descends from the heavens to bring Orfeo comfort, thereby restoring balance to the world.

Though Orfeo is not technically the first opera, there is no doubt it is the first undisputed masterpiece in western operatic history. It balances tuneful music, dramatic word painting, rich orchestration of exotic instruments, and exquisite writing for vocal ensemble with a compelling narrative urgency, making it both entertaining and emotionally compelling.

Music Director Stephen Stubbs is one of the world’s most respected lutenists, conductors, and Baroque opera specialists. After a remarkable and highly acclaimed career in Europe, he returned to his native Seattle in 2007 to establish Pacific MusicWorks (PMW), an organization that reflects his lifelong interest in both early music and contemporary performance. Stubbs’ extensive discography as a conductor and solo lutenist includes well over 100 records, many of which have been received with international acclaim. Most recently, in 2015, Stephen won the GRAMMY Award for “Best New Opera Recording” as conductor of Charpentier’s La descente D’Orphée aux enfers with the Boston Early Music Festival Ensemble.

Returning to the EMV stage, after opening the season alongside soprano Amanda Forsythe, is Canadian lyrical tenor Colin Balzer, starring as the dashing Orfeo. Following his musical studies at University of British Columbia, Balzer was a prizewinner in competitions in Holland, Germany, and England, as well as recipient of the Gold Medal at the Robert Schumann Competition in Zwickau. Today, the sought-after tenor has a major, international career. Recent engagements include concerts with the Rotterdam Philharmonic under Yannick Nézet-Séguin, RIAS Kammerchor, Mozarteum Salzburg, Radio Kamer Filharmonie (Amsterdam Concertgebouw), Les Musiciens du Louvre, Philharmonischer Chor Berlin, Estonian Chamber Choir, and Musik Podium Stuttgart. Balzer has also performed with Toronto’s Tafelmusik, the Calgary Philharmonic, and recitals in Paris and New York (the latter his first Winterreise), as well as operatic roles in Don Giovanni at the Bolshoi, and La finta giardiniera in France’s Aix-en-Provence.

For 45 years, Early Music Vancouver (EMV) has dedicated itself to fostering an understanding and appreciation of musical treasures from the Renaissance, Baroque, and Classical periods. Currently under the leadership of Matthew White – renowned countertenor and founding director of the Quebec-based ensemble Les Voix Baroques – EMV continues to garner international acclaim as the largest presenter of early music in Canada, and as one of the most active and innovative organizations in its field in North America. EMV is proud of its educational outreach initiatives that include its popular, annual summer festival at UBC’s School of Music; a new Baroque Mentorship Orchestra; community lectures; and instrument instruction and preservation.