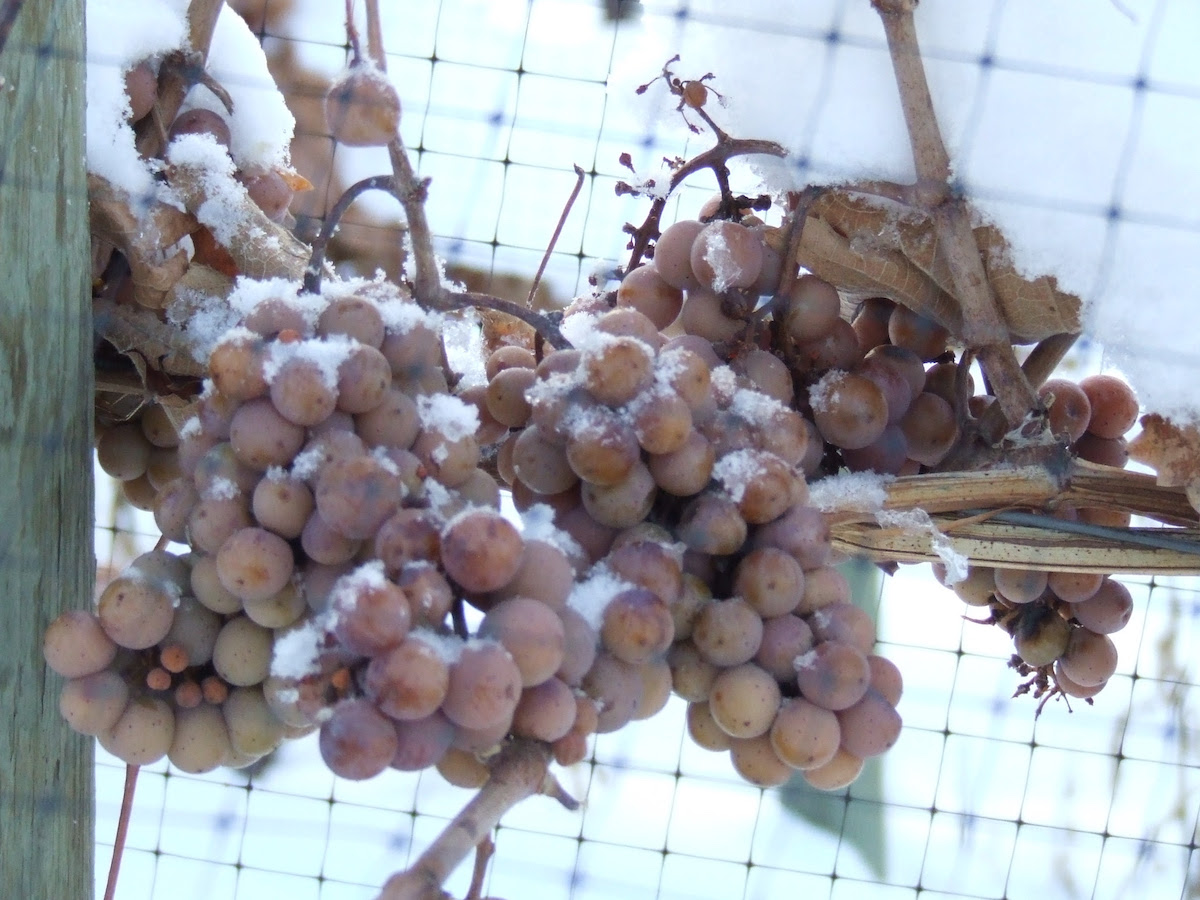 BC’s annual Icewine harvest has arrived, with the cold temperatures prompting wineries in the Okanagan Valley and Similkameen Valley to start picking grapes on December 5 and continuing into the early morning hours on December 6.

After last year’s earliest start to Icewine harvest in the past ten years on November 5, 2017, winemakers and viticulturists in BC are collectively rejoicing at another early arrival of freezing temperatures.

“Icewine harvest in BC can be as early as November or as late as February,” notes Laura Kittmer Media Relations Manager of the BC Wine Institute. “Wineries love early harvests as they avoid the risk of losing grapes to challenging weather and hungry animals, and the grapes preserve those pure varietal characters they are looking for.”

While this year’s harvest so far has been limited to just seven wineries whose mercury dipped and sustained below the required -8˚C (17.6°F) and whose grapes reached the required 35 Brix, there are 20 wineries registered with the BC Wine Authority to pick an estimated 735 standard tonnes of Icewine grapes on an estimated 175 acres.

There have been three Icewine pickings in the Oliver, West Kelowna, Kelowna and Lake Country areas on December 5, 6 and 9 with temperatures ranging between -14˚C and -8˚ C. An estimated 135 tonnes of grapes have been brought in, leaving approximately 570 tonnes of grapes left to pick, according to the BC Wine Authority, the regulatory body for Icewine in BC.

For Inniskillin Okanagan, harvest came about three weeks earlier than last year. Viticulturist Troy Osborne said his crew began picking in the Oliver areas on Black Sage Road North on December 6, starting at 4:00 AM with temperatures ranging from -14 to -10˚C. Osborne says the fruit quality so far has been excellent, very clean and intact.

Unlike other Icewine producing regions of Canada and the world that experience these cold climatic conditions each year, Icewine harvest in BC is a rarity. The Okanagan Valley and Similkameen Valley are the only wine regions to regularly experience these temperatures in BC, but it is never a guarantee. Producers wait in anticipation each year for temperatures to drop, not knowing if or when they will have a window of opportunity to complete an Icewine harvest that vintage.

“There are few opportunities here in BC where temperatures get cold enough to harvest for Icewine,” says Val Tait, viticulturist and winemaker at Bench 1775 Winery on the Naramata Bench. “We track weather systems for early warnings of cold weather and have crews at the ready to pick so we don’t miss that early window. When we get the right conditions, the results are usually spectacular. It’s not common to have a warm enough growing season to develop beautiful fruit flavours and in that same season reach cold enough temperatures to make Icewine. BC Icewine is very rare and special indeed.” Tait produces Icewine for their Paradise Ranch and Whistler brands, and anticipates picking to begin in late December.

With the arrival of the Icewine harvest, wine lovers across BC can look forward to an excellent crop of new Icewine releases in 2019.

WINES OF MARKED QUALITY ICEWINE REGULATION
The Wines of Marked Quality Regulation controls the production of BC VQA Icewine. The key stipulations are that harvesting and pressing of the grapes takes place at temperatures of -8˚C (17.6˚F) or lower, and the pressed grape juice is a minimum of 35 Brix. Artificial refrigeration of grapes, juice, must or wine is strictly prohibited.

Harvest dates: Can be as early as November or as late as February. Producers track weather systems for early indications of imminent cold weather. The frozen grapes are brought as quickly as possible to the winery where they are pressed. One press cycle can last up to six hours.

Frequency: The Okanagan Valley and Similkameen Valley are the only areas to regularly experience these cold climatic conditions in British Columbia. When temperatures do not fall enough for Icewine harvests, producers often make Late Harvest wines.

Fermentation: Temperatures generally range from 15 to 20˚C over a three- to 12-week period, depending on the Brix and strain of yeast. Fermentation is generally stopped using cold temperatures resulting in alcohol levels between 9 and 12 percent.

Bottling: Generally within 6 to 9 months of the harvest.

Ageing potential: Icewines, particularly from Riesling, can age for more than 10 years but are often preferred young and fresh.

About The British Columbia Wine Institute:

Since 1990, the BCWI has played a pivotal role in taking BC’s wine industry from a vision to an internationally recognized niche region producing premium wines and providing exceptional wine tourism experiences. The BCWI markets the wine and regions of BC; delivers quality trade, media and consumer tastings; and acts as the voice of BC’s wine industry by advocating to government on behalf of industry that contributes $2.8 billion in provincial economic growth annually.

The BCWI represents all wineries in British Columbia to grow the premium market share for the Wines of British Columbia, while driving awareness of our world-class wines and tourism product – currently drawing 1,000,000 visitors with $600 million in tourism and tourism employment related economic impact every year. For more information about BC Wine Institute’s programs and services, please visit WineBC.com.