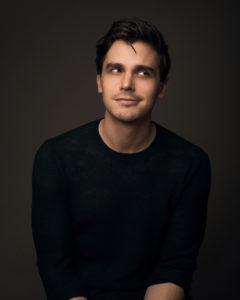 Antoni Porowski is best known as Netflix’s Queer Eye food and wine connoisseur. Originally from Montreal, he discovered the worlds of Julia Child, Jacque Pepin and Anthony Bourdain, and soon after began to teach himself how to cook. He went to work in restaurants from Montreal to New York City, continuing to hone his craft and finding his place in the culinary world. In New York, Antoni met with the original Fab Five food and wine expert Ted Allen and began a mentorship which quickly turned into him becoming Ted’s personal chef, in addition to some of the upper echelons of New York and Brooklyn’s prominent citizens. The President of Barclays Stadium and the Chief Curator of MOMA are two of his biggest fans as is the founder of Tasting Table, who hired Antoni to host segments on the renowned cooking site. Those experiences and his degree in psychology influenced his underlying philosophy; food should tell a story and the heart and the stomach.

An Evening with Antoni Porowski will be moderated by fellow JFL NorthWest comedian, Michelle Buteau. 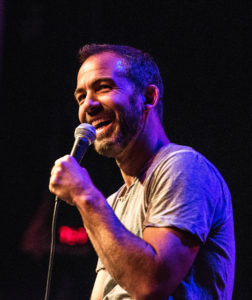 Bryan Callen is an actor, comic and podcaster, currently in the middle of his fourth season as “Coach Mellor” on ABC’s The Goldbergs. In addition to performing in comedy clubs and theatres all over North America, Callen is also the co-host of the wildly popular podcast, The Fighter & The Kid. Currently preparing for the release of his latest one-hour special Never Grow Up, Callen got his start in comedy in 1995 as an original cast member of MADtv before going on to do many TV shows like HBO’s Entourage, Sex & the City and Showtime’s Californication. Callen also played “Eddie” in Warner Bros. Pictures’ smash hit, The Hangover and Samir in The Hangover Part 2.

For Festival Tickets, go to: JFLNorthWest.com

Join us on social media #JFLNW2019