The VSO Celebrates 100th Anniversary with Day of Music on January 26 – A FREE Day of Music, Concerts and Activities for the Entire Community

The Vancouver Symphony Orchestra is pleased to unveil the details of its 100th Anniversary Day of Music on January 26, 2019. Everyone is invited to participate in the biggest birthday party of the year! 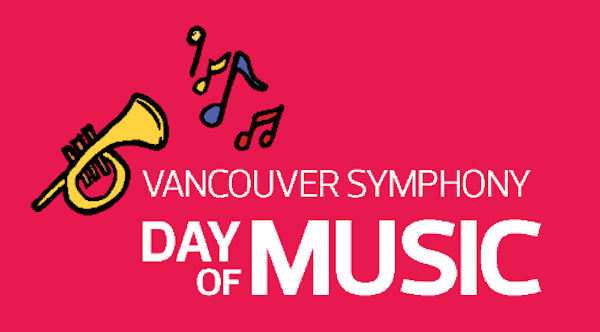 Day of Music occurs on the exact 100th anniversary of the very first performance of the Vancouver Symphony Orchestra on January 26th, 1919.

FREE US FOR THE BIGGEST BIRTHDAY PARTY OF THE YEAR!

Day of Music is an entire day of FREE musical activities for the whole family, taking place at the Orpheum Theatre, VSO School of Music, the Annex Theatre, and Tom Lee Music Experience Centre with over 100 performances celebrating 100 years.

Featuring a wide range of BC musicians and organizations including:

“We’ve wanted to thank our community for supporting an orchestra in the city for the past 100 years and with that thought in mind we have planned a free, community celebration. We’re so grateful that so many partners have come together to make this day possible. We hope all Vancouverites have a chance to come and participate in the full day of activities and events. The Day of Music is open to all British Columbians and we want as many as possible celebrate the official 100th birthday of the VSO,” said Kelly Tweedale, President of the VSO.

“This orchestra exists because of this community. On behalf of the musicians of the VSO and our many friends throughout BC, I invite you to join us for this very special celebration of our past, present and future. I’ve made many great friends in this my first year with the VSO and I look forward to meeting many more of you on the 26th,” said VSO Music Director Otto Tausk.

Honorary VSO Life Vice President, Arthur Willms added, “The Vancouver Symphony Orchestra has had a rich and storied history. It has been my pleasure to be a part of that history over the past three decades.  Particularly gratifying has been the dramatic improvement in the quality of this fine orchestra.  As part of the VSO’s 100th Anniversary celebrations we are pleased to share with Vancouverites, the Day Of Music and provide a unique musical experience for music lovers.”

“Congratulations to the Vancouver Symphony Orchestra on its 100th anniversary,” said Lisa Beare, Minister of Tourism, Arts and Culture. “This is a proud moment for British Columbians to be home to the first major Canadian orchestra to reach this impressive milestone. It is an achievement that speaks to the strong creative and musical talent in B.C.’s creative sector that enriches our communities and province as a whole.”

ABOUT THE VANCOUVER SYMPHONY ORCHESTRA

The VSO performs to an annual audience of over 250,000 people and features more than 50 celebrated guest artists each season. Over 170 concerts are performed annually by the VSO in the historic Orpheum Theatre and numerous additional venues throughout the Lower Mainland. 2018/2019 marks the organization’s 100th season