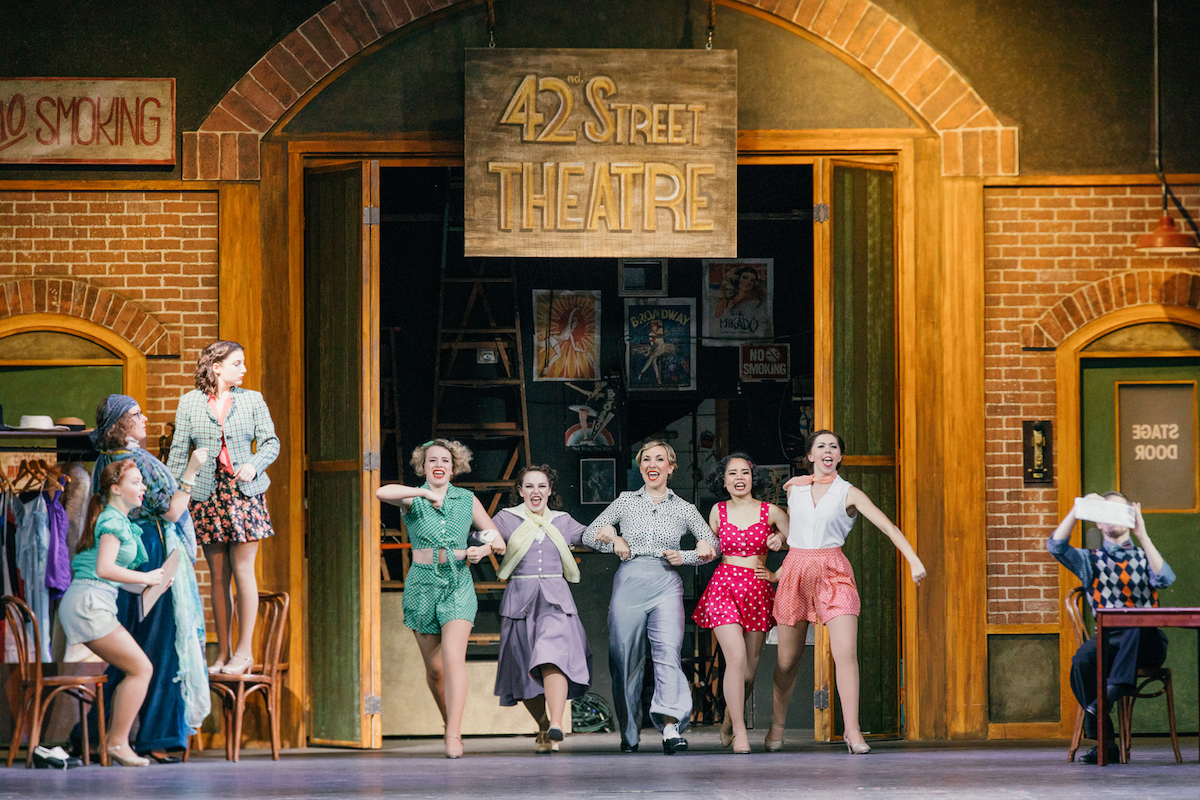 Audiences will bathe in the warmth of a Greek island and witness a fight for what’s right this summer, when Theatre Under the Stars (TUTS) presents Mamma Mia! and Disney’s Newsies, running alternate evenings July 5–August 17, 2019, at Stanley Park’s glorious Malkin Bowl. A beloved Vancouver tradition since 1940, TUTS’ two-show subscription packs are on sale TODAY through May 4 (early bird single tickets on sale May 15).

“Last year, more than 40,000 musical theatre fans came through our gates and we hope to welcome even more in 2019 with two fabulous productions that will leave audiences buoyant with cheer,” says TUTS Board President Naveen Kapahi. “This summer is all about inspiration, with two musicals that will lift hearts in entirely unique ways. Mamma Mia! may very well be the most joyful musical ever created, bringing love and light to everyone who experiences it. Disney’s Newsies is a fiery true tale of conviction, where a scrappy group of underdogs sets spirits aflame by standing up and fighting for what is right.”

TUTS’ 2019 season offers two stunning musicals: one that tells the lighthearted tale of a mother and a daughter who embark on a hilarious quest to discover the identity of her true father; the other tells the stirring account of a ragged band of newspaper boys and street urchins who strike for fair pay and humane working conditions in 1899 New York City.

Set on a Greek island paradise where the sun always shines, box office record-breaking Mamma Mia! brims with non-stop laughs, explosive dance, and the magic of ABBA’s hit songs: ‘Dancing Queen,’ ‘Take a Chance on Me,’ ‘Super Trouper,’ ‘SOS,’ and many more. More than 60 million people the world over have fallen in love with the characters, story, and music that makes Mamma Mia! the ultimate feel-good show. Returning to the director’s chair is TUTS Board Vice President and Production Committee Chair Shel Piercy, who will transport audiences to a sunny world of romantic hijinks and musical memories. Fans will fondly remember his previous directorial extravaganzas: Beauty and the Beast and Mary Poppins.

A soaring spectacle of powerful song and high-kicking dance, Disney’s Newsies is packed with non-stop thrills and a timeless message for the whole family. At the turn of the 20th century, New York City had its papers delivered by an army of ragged orphans and runaways called ‘newsies.’ When newspaper owners raise distribution prices at the newsies’ expense, this band of misfits unites to strike against the unfair conditions. Filled with inspiring songs such as ‘King of New York,’ ‘Santa Fe,’ and ‘Carrying the Banner,’ this Disney film turned Tony Award-winning Broadway hit inspires everyone to seize the day! The talented Julie Tomaino will make her TUTS directorial debut with this incredibly moving show. Long-time followers will recall her stellar choreographic direction in the previous TUTS productions of Hairspray and Shrek: The Musical.

Subscriptions are available by visiting tuts.ca or by calling 604-631-2877 until May 4. Early bird single tickets go on sale May 15.

About Theatre Under the Stars (tuts.ca)
Theatre Under the Stars celebrates 79 years of theatre in the crown jewel of Vancouver — Stanley Park. So much more than just a night at the theatre, TUTS interweaves a kaleidoscope of elements — setting, scenery, concessions, and quality art — into a fun, encompassing experience that is much greater than the sum of its parts. Nestled among awe-inspiring Douglas Firs, the company is uniquely suited to Vancouver and reflects some of the city’s most collectively embraced values: exuberance, expression, nature, and youth. The latter is especially important to the organization, as it is not only a presenter of shows, but a creator of opportunities for young performers. The number of careers and life-long relationships with art fostered on the Malkin Bowl stage are countless.