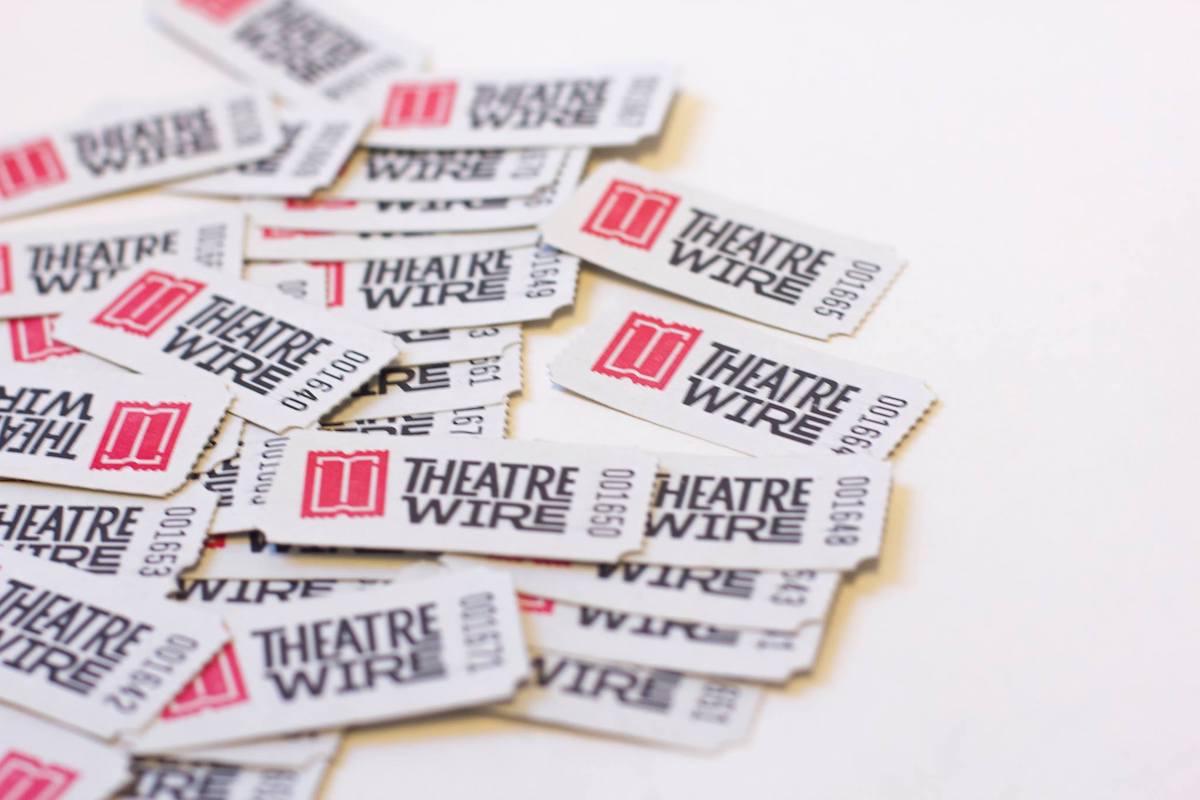 Theatre Wire Package Returns with 12 Shows to Choose From!

Offering independent theatre year-round, Theatre Wire’s 2019/2020 season has 12 shows to choose from, including Fringe hits and works from local theatre makers. Pick six or more shows in the season and save up to 40% on tickets!

Theatre Wire is a project from the Vancouver Fringe Theatre Society (producers of the Vancouver Fringe Festival), who are working towards “creating an open and vibrant independent theatre community.” By promoting the work of independent theatre makers—many of whom got their start at the Fringe—Theatre Wire encourages audiences to engage with up-and-coming artists all year long.

The Theatre Wire Package is filled with local favourites including Rohit Chokhani, Monster Theatre, and Aenigma Theatre as well as Fringe hit makers, TJ Dawe and Paul Strickland. And the Fringe’s Pick Plus Series, a collection of one-night-only performances coinciding with the Public Market Pick of the Fringe following the Fringe Festival, are also available as part of the Package deal!

“The shows in Theatre Wire’s 2019/20 season provide a window into the minds of smart, creative artists in our society who have a special way of interpreting our realities,” Vancouver Fringe Theatre Society Executive Director Laura Efron says. “These productions explore intriguing topics such as who our real gods are, physics through music, male friendships, and trailer park hijinks. Be sure to take a break from your hours of screen-time to infuse some thought-provoking nights out into your year and to share engaging, in-person experiences with other members of your community.”

Individual tickets for these shows will also be available in addition to other shows and events on Theatre Wire’s website.

Check out the shows that are available now as part of the Theatre Wire Package: 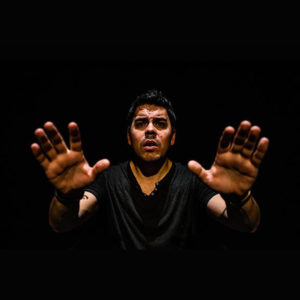 Meet Nakota. An anxious young boy who is trying to write the greatest story ever. One day, Grandpa Rocko comes to visit him in hospital. Next thing Nakota knows, he is whisked away into a world of stories that are right below his feet. Within the land. 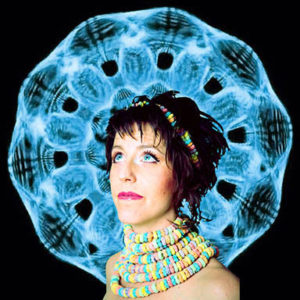 The Flute Loops—pop music’s latest viral sensation—are about to the hit the stage! Meanwhile, the quantum physics PhD student working the merch table is trying to warp space-time while under the influence—of Saint Stephen Hawking. With the muses of classical music and theoretical math at her side, can she calculate the suspension of the 4th dimension—or Thomas’ attention? 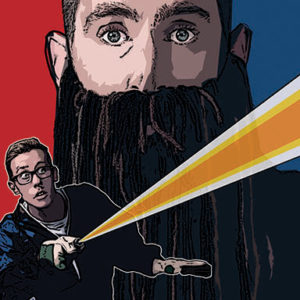 When a scientific accident causes a mild-mannered janitor to shrink and get stuck in another man’s beard, their unlikely friendship might be exactly what the two directionless men need to set them on the path toward being better men, proving that even the smallest people can do big things.

Two isolated people connect when a geophysics professor with Asperger’s syndrome approaches a Broadway dancer to teach him how to dance for an awards dinner. The dancer is recovering from an injury that may end her dancing career permanently. As their relationship unfolds, they are both caught off guard by the discoveries they make about each other and about themselves. 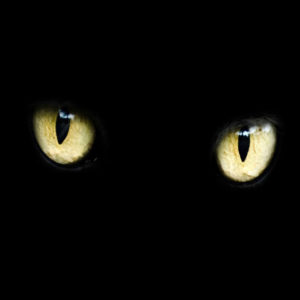 The lives of Apsara, an exotic dancer, and her embittered mother are altered when a blind stranger arrives for an appointment. Set in the bitter reality of India, the characters’ complex and brutal pasts slowly rise to the surface. A challenging work by one of Canada’s leading playwrights, Anosh Irani. 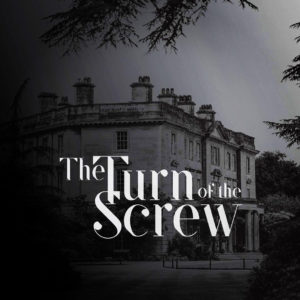 Based on Henry James’ tale of suspense comes a terrifying adaption. A governess in Victorian England travels to an isolated Manor to care for two recently orphaned children. She soon finds herself haunted by the malicious spectres of her predecessor and the former valet who died under mysterious circumstances. But are they real, or just a product of her fevered imagination? 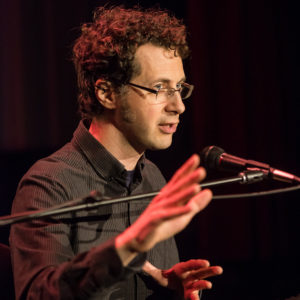 Jessie Award-winning Fringe vet and solo show meister TJ Dawe (Burn Job, Medicine, Marathon, The Slipknot) (he’s been touring since 1994) returns with a monologue about why we go to war, who our real gods are, the bizarre phenomenon of Donald Trump’s presidency, and the end of the world. 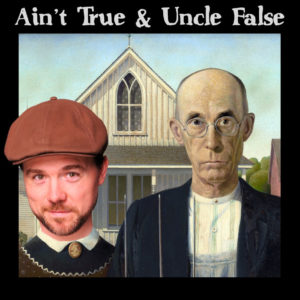 Step Right Up! Mark Twain meets Tim Burton in this one-man tall-tale comedy (with songs!).
“Will tickle your imagination while it warms your heart.” —the Georgia Straight
“Through Strickland’s pitch perfect storytelling and verbal acrobatics … we’re transported to a magical place where common sense may be in short supply, but wisdom abounds.” —CBC 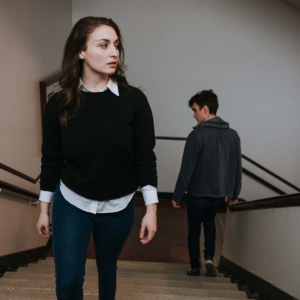 British secondary school teacher Diane made a mistake seven years ago: she got too close to an unhappy 15-year-old pupil. What really happened? Diane says, “Think of Sexual Relationship Education as a war zone and you’re the journalist. Give the facts, show the photos, but don’t get too close unless you want your head blown off.”

Theatre Under the Gun
Monster Theatre
April 21, 2020 at Performance Works 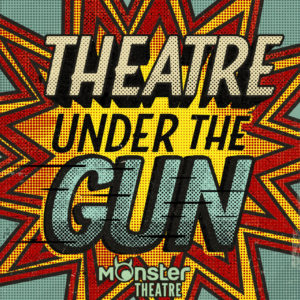 It’s deadline-driven, insomnia-fuelled creation at its best. The 48-hour play creation competition is back! Six Vancouver theatre companies receive an inspiration package and race against the clock to create an original piece of theatre! One of the most epic, exciting, surprising, and electric theatre events of the season.

A Kid Like Jake
dream of passion productions
April 22 – May 3, 2020 at PAL Studio Theatre 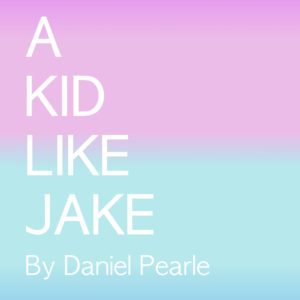 On the eve of the admissions cycle for Manhattan’s most exclusive private schools, Alex and Greg have high hopes for their son Jake, a precocious four-year-old who prefers Cinderella to G.I. Joe. But as the process continues, Jake’s behaviour becomes erratic and perplexing. Other adults start to wonder whether his fondness for dress-up might be cause for concern. 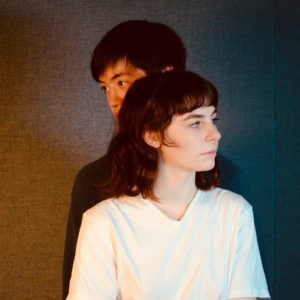 Two outcast adolescents, Persephone (aspiring filmmaker) and Hayden (aspiring poet), escape the world by locking themselves away from the rest of society, for the rest of their lives, in the projector room of an old cinematheque. An intimate drama embracing the claustrophobic minimalism of Beckett and the sprawling naturalism of Strindberg.

Visit TheatreWire.com  for more information, to buy tickets and/or packages, and to sign up for the Theatre Wire newsletter.

Theatre Under the Gun Returns this February!