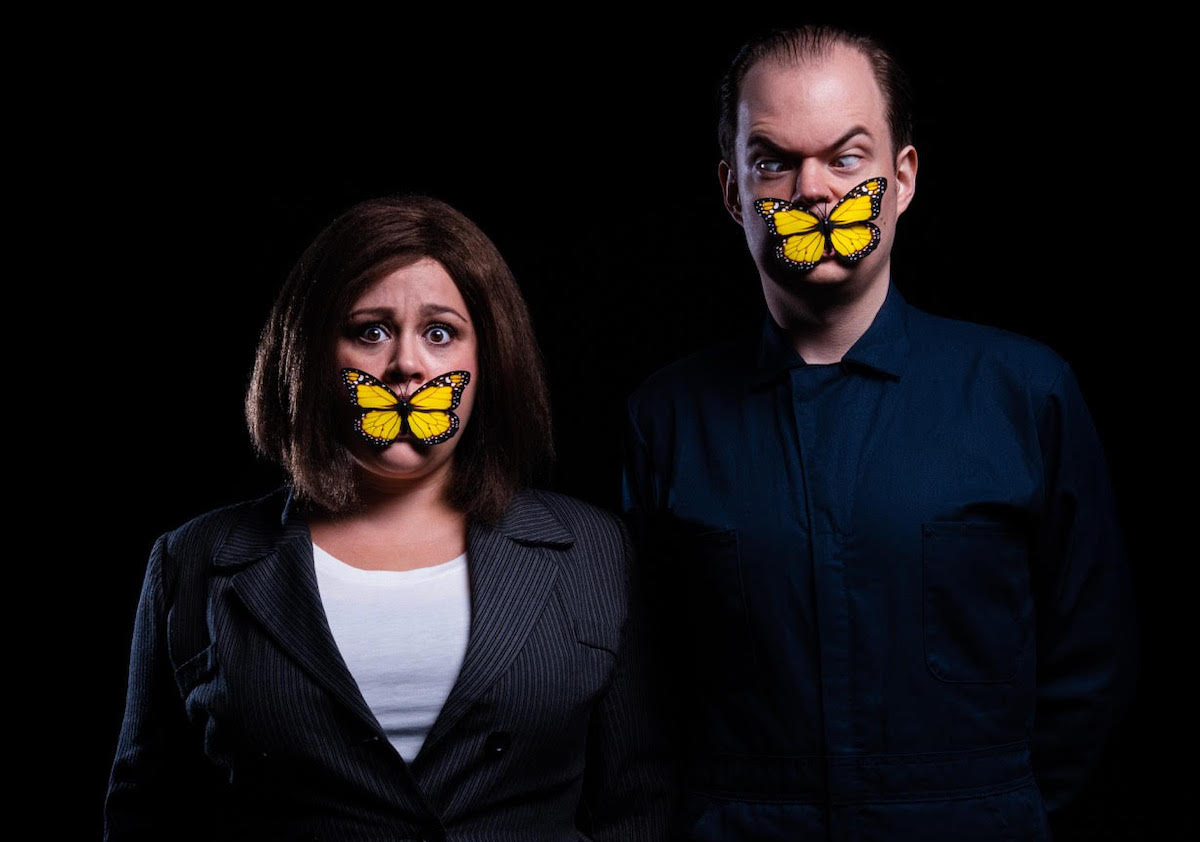 Down Stage Right Productions is deliriously excited to present, SILENCE! The Musical, a laugh out loud naughty satire on the film, The Silence of the Lambs, that’s not for the faint of heart.   It’s racy, irreverent, offensive, silly, with an out and out vulgar musical score and a shocking amount of belly laughs and fun.  This Canadian premiere of the Off-Broadway smash hit, with music and lyrics by Jon & Al Kaplan, book by Hunter Bell, adapted from the screenplay “Silence! Thus Musical” by Jon & Al Kaplan plays at the Goldcorp Stage at the BMO Theatre Centre, 162 W. 1st from July 25 – Aug. 3.

This raunchy lampoon brings back the creepiness of the movie but with a whole lot of offensive and tongue in cheek hilarity! The musical sticks very closely to the story and only strays to let the performers loose to twist and chew up the dialogue or to burst into flights of musical madness. The saucy (and very adult) stage show features a singing chorus of floppy-eared lambs, who narrate the action as Buffalo Bill gleefully kidnaps the hapless Catherine Martin at a hoedown. And Dr. Lecter himself makes an appearance, singing about the life he’d like to lead someday outside his prison walls.

Director Mark Carter notes: “With songs that would make The Book of Mormon blush, this entertaining adult performance is one you’ll not see anywhere else in Canada this summer! For this show, Down Stage Right is proud to be the first-ever recipient of a new rental subsidy provided by the Arts Club Theatre under its Access Grant program. We are also excited to be featured as part of the 2019 Neanderthal Arts Festival.”

SILENCE! The Musical was a runaway hit at the New York Fringe Festival in 2005. This unauthorized parody of the supremely creepy Oscar-winning movie, The Silence of the Lambs,  began life as a series of songs by brothers Jon and Al Kaplan. A viral Internet musical followed, which then prompted them to try turning the material into a screenplay, with writer Hunter Bell, (of the [title of show] team) writing the book.

SILENCE! The Musical combines whip-smart dialogue and shocking songs to make a musical parody of The Silence of the Lambs that will be popular with seasoned fans of the movie, musical theatre lovers and FBI rookies alike.

The Firehall Arts Centre Welcomes the Return of Circle Game: Reimagining the Music of Joni Mitchell to its East Vancouver Stage

Tickets now on sale for 2019-2020 Vancouver Opera Season featuring Verdi, Rossini and the west coast premiere of Another Brick in the Wall at the QE Theatre