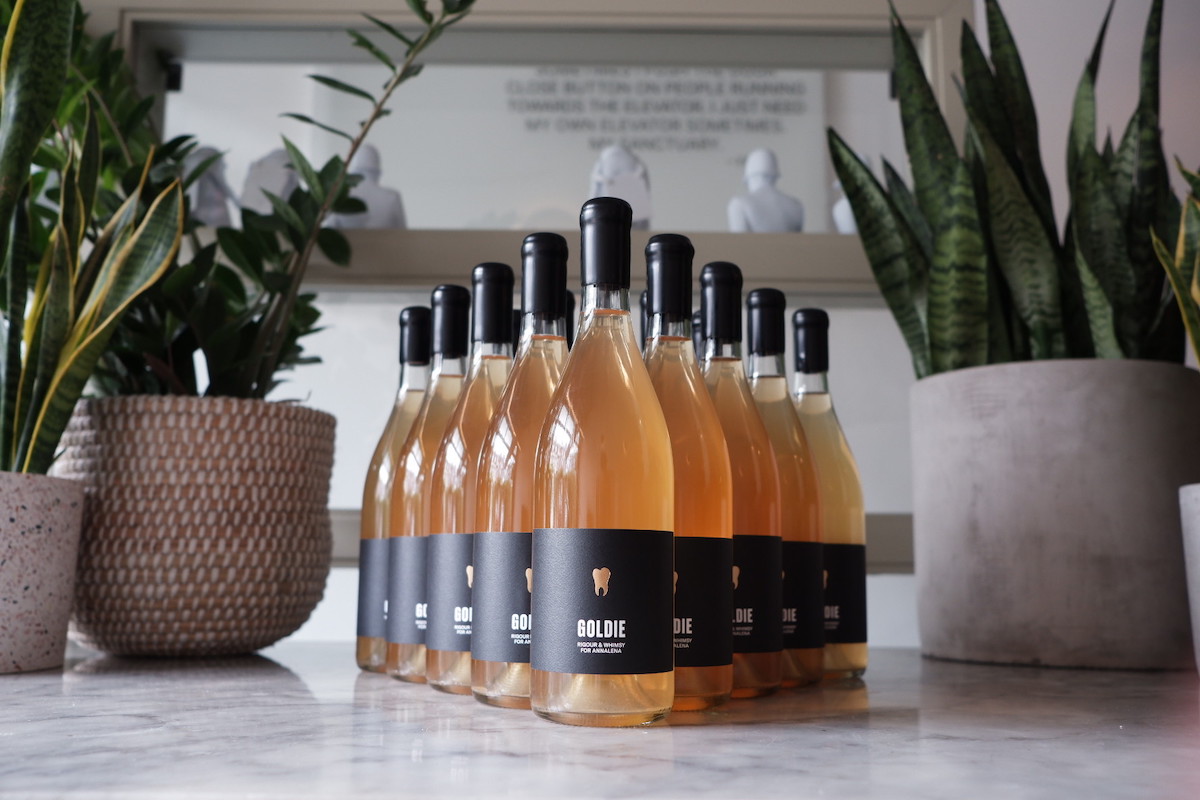 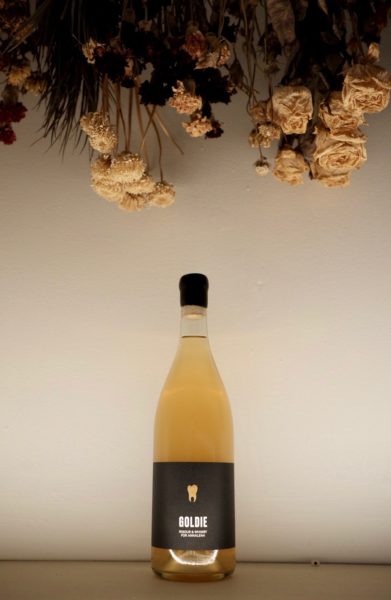 Small, thoughtful, purposeful and creative. Like AnnaLena, the team behind the Okanagan Falls winery, Rigour & Whimsy love to push the envelope and experiment in the pursuit of delicious excellence. The kindred spirits found an opportunity to collaborate when winery owners, Costa and Jody Gavaris, offered AnnaLena owners, Mike Robbins and Jeff Parr the opportunity to taste through their barrels and choose a favourite to bottle as an AnnaLena exclusive.

The result? ‘Goldie’. An approachable, golden hued, single vineyard Viognier with notes of fuzzy peach, rose, grapefruit and beeswax, available only to guests of AnnaLena, Hundy and Their There.

It all began months ago when the AnnaLena team paid a visit to Okanagan Falls this past January to taste through Rigour & Whimsy’s barrel samples. The goal – to select a versatile, standout wine that would pair well with AnnaLena’s ever changing tasting menu. A brand exclusive that would confidently take a place within the restaurant’s Platinum award-winning wine program.

Costa crushed the Osoyoos-grown Viognier grapes and followed up with a natural ferment in tank at cellar temperature on the grape skins for two months. He then pressed the juice off the skins and transferred the wine into a large puncheon barrel, where it stayed over the winter. The wine was bottled by hand, straight from the barrel in April.

Rigour & Whimsy and AnnaLena have a lot in common. Both are inspired by the pursuit of excellence and a striving to do things “the right way” – premium ingredients, treated with respect and elevated with creativity and purpose.

Costa and Jody moved to the Okanagan a few years ago to pursue their winemaking dream. Their wines are authentic, unapologetic and delicious. Created with farmers who practice sustainable farming (no herbicides or pesticides) and winemaking techniques that invite the grapes to speak for themselves. Costa specializes in white wines that are fermented using all parts of the grape – including skins and stems – to create character, flavour and complexity.

Goldie is available now exclusively at AnnaLena, Hundy & Their There.

Named to honour Chef Michael Robbins’ two grandmothers, AnnaLena is about imagination, creativity and possibility – combining modern Canadian cooking, creativity and innovation with seamless service in one of Vancouver’s favourite neighbourhoods. Since opening its doors in the popular Kitsilano area in March 2015, AnnaLena has quickly become both a neighbourhood and critics favourite.

Rigour & Whimsy is owned by husband and wife team Costa and Jody Gavaris. They currently focus on amber or orange wines as well as Gamay and Syrah. The name Rigour & Whimsy is an homage to their shared commitment to seeking balance in themselves, in their relationships, and in the natural world.Like yin and yang, Rigour and Whimsy are seemingly contrary attitudes that are actually complementary and interdependent. Both are necessary to find harmony.

If you would like to be featured on MyVanCity.ca please email myvancityval@nullgmail.com for details. Wine samples accepted for review.