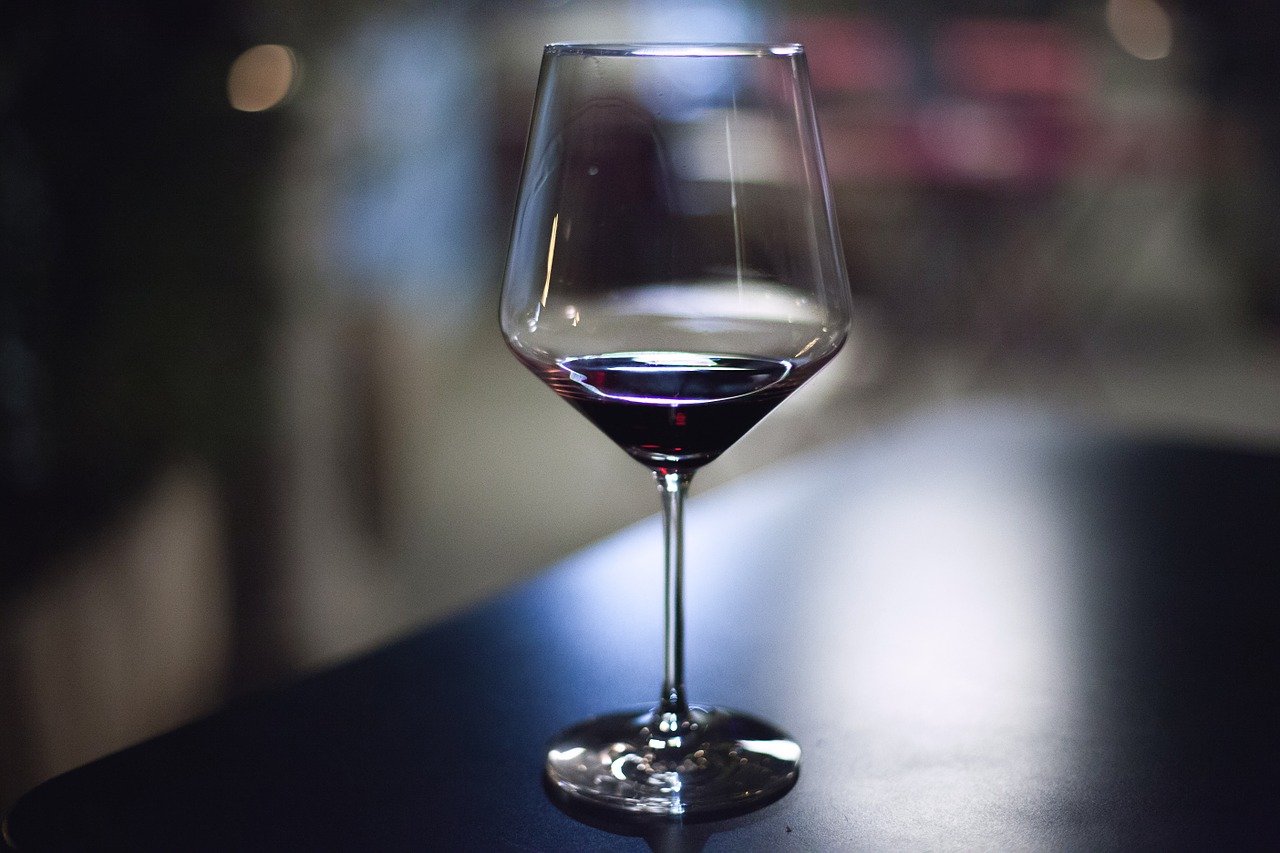 2016 Vaila Rosé
Le Vieux Pin
Oliver, BC
$25.29
Yes, yes, I know, rosés are meant to be drunk young, typically within three years of their release. But sometimes, things happen.  I am one of those people that believes that rosés are such versatile food wines that it is easy to find reasons to enjoy them year-round.  As a result, I tend to buy quite a few and BC produces such a wide range of quality rosé.  As a result, I often have a good supply of them in the cellar.  I also believe that better quality ones will not fade after a year or two and this five-year-old wine proved my point.  Burnt orange/cherry red colour with medium intensity.  The nose is big with aromas of cherries, a hint of pepper, dried flowers, raspberry, delicate earth notes, forest floor, and orange blossoms.  Well balanced.  The palate was crisp with dried fruit, cranberry, citrus, cherries, and spice followed by a medium-long finish with lingering fruit flavours.  Delightful! 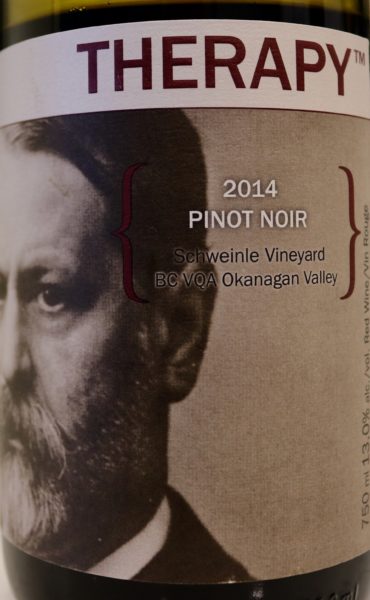 2014 Pinot Noir
Therapy Vineyards
Naramata, BC
$22.99
Garnet red with a hint of brick and medium-plus intensity.  The nose shows aromas of dried cherries and strawberries, plum, black tea, game, forest floor, and cigar box.  Well balanced.  Good varietal character on the palate including flavours of cherries, raspberries, mint, and black tea followed by a medium-plus finish.  Glad I hung on to this one. 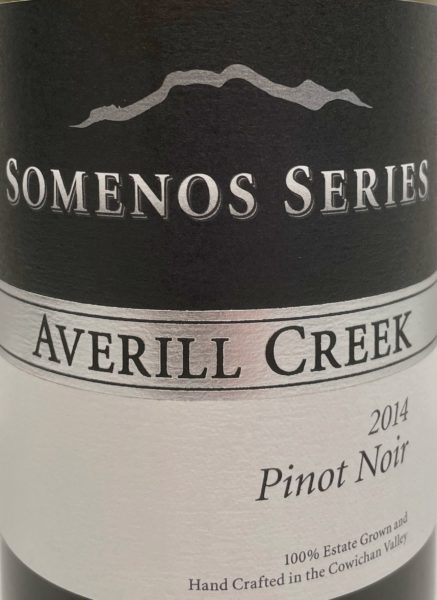 2014 Pinot Noir (Somenos Series)
Averill Creek
Cowichan Valley, BC
$38.00
Former doctor, Andy Johnson has an amazing ‘Goldilocks’ site for his pinot noir.  I remember tasting one vintage at a blind tasting and was sure it came from the Okanagan.  There was nothing, in my mind, that spoke to the cooler climate of the island.  Garnet red with some bricking and medium-plus intensity.  All things Burgundy on the nose – forest floor, dried red fruit, game, leather, spice, black tea, dried herbs, cigar box, and a hint of vanilla. Well balanced with silky smooth tannins.  The still bright flavours echo the nose followed by a medium-long finish.

2009 Meritage (Mer’r’iym)
Nk’Mip
Osoyoos, BC
$54.99
The name ‘Mer’r’iym (pronounced mur’-eem’), means marriage and this wine is an impressive marriage of Bordeaux varieties – 46% Merlot, 42% Cabernet Sauvignon, 5% Cabernet Franc, 5% Malbec, and 2% Petit Verdot.  Garnet red with a tinge of brick and deep intensity.  The nose is deep and dark with aromas of dried dark cherries, prune, dark fruit and berries, earth, dark chocolate, black tea, spice, and a hint of bramble.  Well balanced with smooth ripe tannins.  Rich, layered, and complex on the palate with flavours echoing the nose followed by a long lingering finish.  It is beautifully aged and near its peak.

1 thought on “From the Cellar with @Sam_WineTeacher”