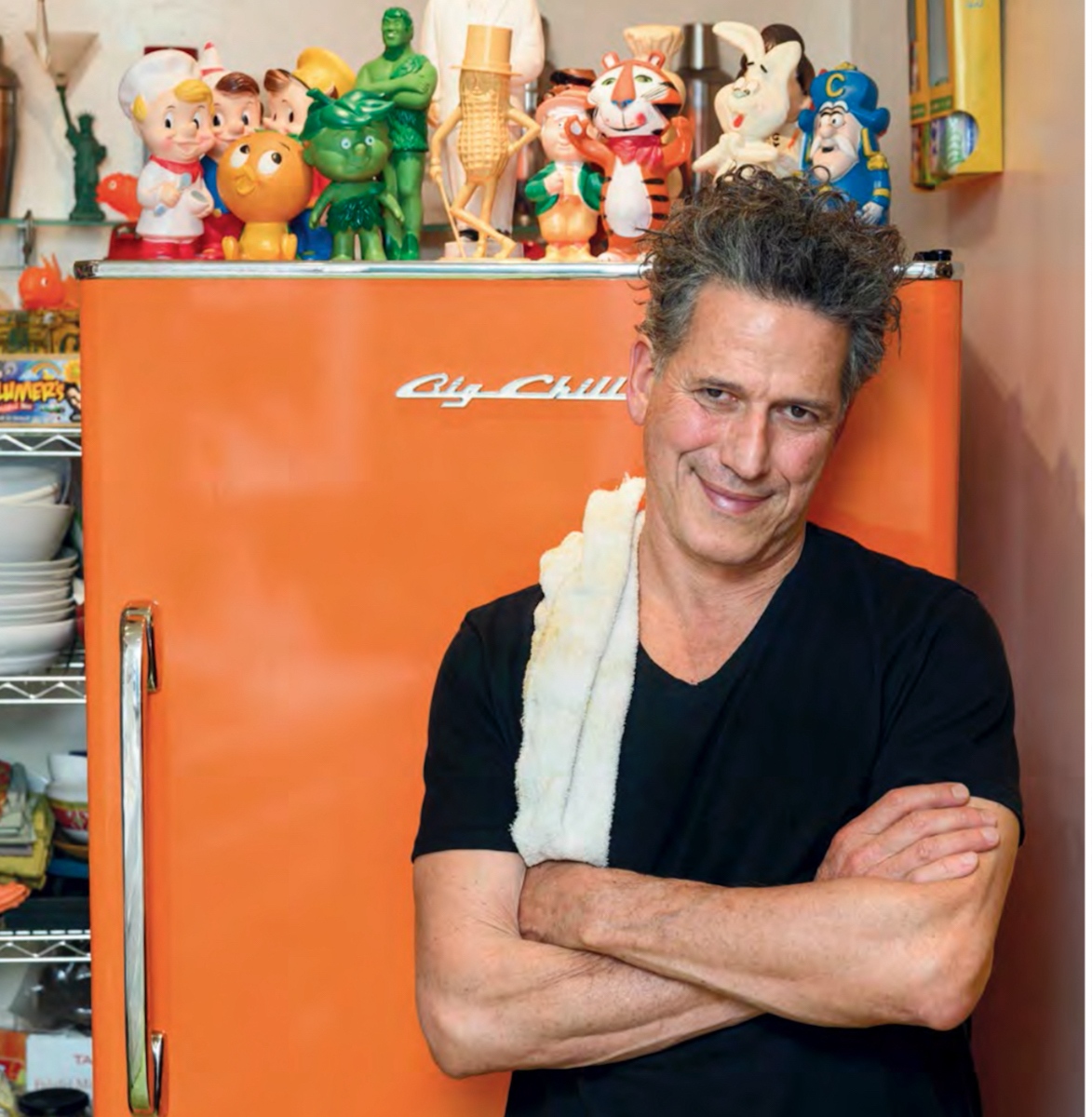 “My wife and I are new to Kelowna and are huge fans of Crown & Thieves,” said Coyne. “Being able to partner Chef James Holmes with Bob while he is in Canada is unbelievably special.”

“Turning that collaboration into a fundraiser for humanitarian relief efforts makes this evening truly meaningful,” he added.
The film’s culinary focus makes it the perfect fundraising opportunity, with proceeds from the April 10th event supporting the UN Refugee Agency’s relief efforts in Ukraine and nearby countries. The UNHCR provides shelter, food, water, medical care, and other life-saving assistance to refugees around the world.

Attendees of the event will be treated to a 6-course meal with wine pairings, featuring courses from both Blumer & Chef Holmes – some of which are inspired by the film The Way to the Heart. Much like the Crown & Thieves venue itself the evening will feature some unique attractions, including a performing mentalist and some collectible silent auction items.

“I have worked with Blumer many times through the years and these events always have quality surprises,” said Coyne. “The Crown & Thieves team are taking things to the next level with this one!”

As an added bonus, Jason Parkes and his band Proper Man will be playing a live set of music in the Broken Hearts Club speakeasy located in the bottom level of the building giving the night a top to bottom finale.

Local philanthropist Brent Marshall has also joined the party to cover costs associated with the event so 100% of proceeds raised can be donated to the cause. Marshall made his mark on a menagerie of industries—auto, aviation, real estate, film production, construction, and health. In his role as a commercial realtor, he donates 50% of his net commissions to charity.

Seats are by donation of $200 each and are available Doors open at 6:00pm on April 10 with the first course being served at 6:30pm

Reservations can be made by emailing emeleigh@nulljpcustoms.ca . Seats are first come first served.

Bob Blumer is a professional gastronaut with an adrenaline addiction. He has created and hosted three award-winning TV series that have aired in over 20 countries, written six acclaimed cookbooks, and broken eight food-related Guinness World Records. In his books and appearances around the globe, Bob transforms ordinary ingredients into wow-inspiring dishes through simple cooking methods and whimsical presentations that have become his culinary trademark. Publishers Weekly summed up his most recent book Glutton for Pleasureas: “equal parts memoir, lavish art book, multi-genre soundtrack and culinary tour de force”.

Chef James Holmes has enjoyed an accelerated culinary career after graduating from the Dubrulle Culinary Institute. His past tenures include the Westin Bayshore in Vancouver, the world-renowned Cathedral Mountain Lodge in the heart of the Canadian Rockies, Canmore Uncorked Culinary Symphony, the Black Hills Winery in Oliver, the Salt & Brick in Kelowna and finally assuming his current position role as chef of BC’s first outdoor kitchen on the rooftop of the Crown & Thieves winery.

Norm Coyne enjoyed a long career as a live event promoter in Prince George creating the blockbuster event Northern FanCon which attracted over 100 celebrities to the city including William Shatner, Lou Ferrigno, and Ron Perlman. The event spun into a foothold in the film industry and he served as executive producer of the feature film The Doctor’s Case based on the short story by Stephen King. Through the years, Norm’s projects have appeared in Mashable, Fox News, CBR, Paste, CBC, Mental Floss, Nerdist, Playback and on Kevin Smith’s podcast Fatman Beyond.

Brent Marshall has a long legacy of leveraging business to help those in need. Brent’s determination to have all of his companies donate to charity has allowed him to construct a Children’s Wing on the UNBC hospital, an outdoor patio for a paediatric ward, a Cancer Lodge Family Room, an outdoor all-wheels park for kids, and large donations to over 30 other charities. Marshall has orchestrated the donation of nearly $5 million dollars to charities these past 15 years, earning him the title of “The Face of Philanthropy”.