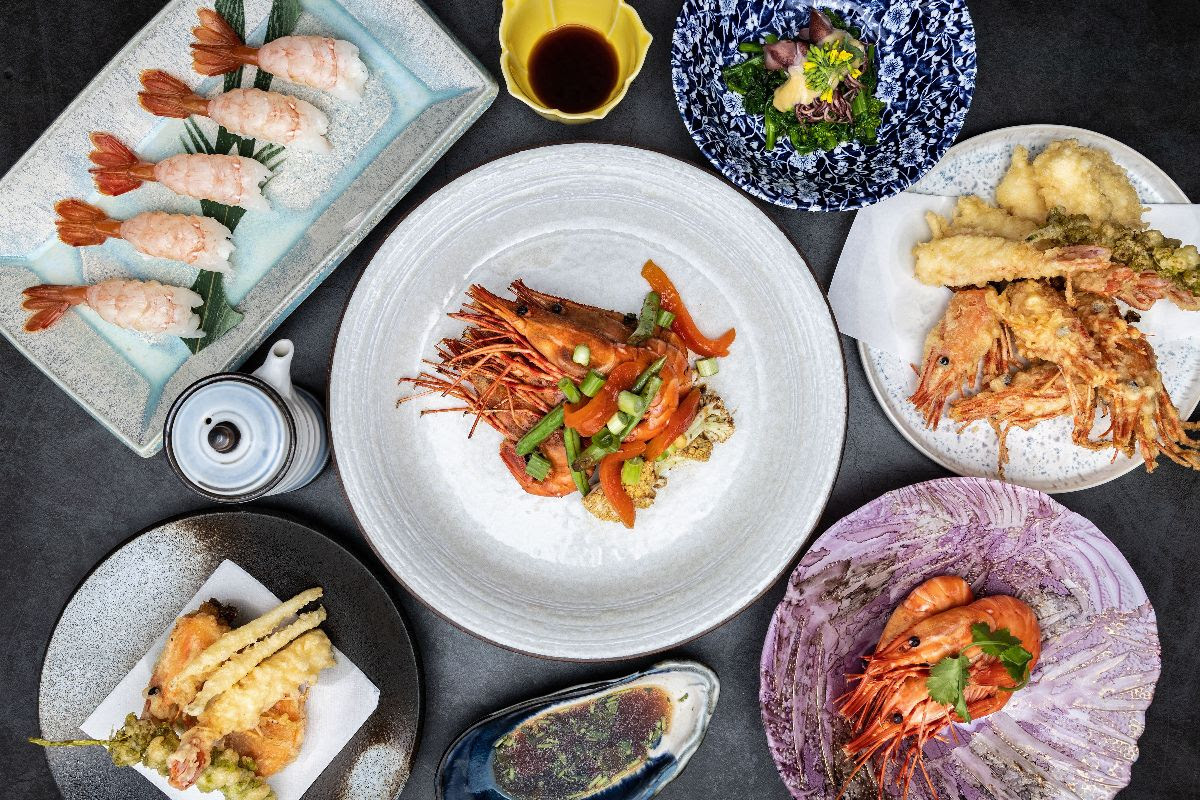 Chef Hidekazu Tojo of Tojo’s Restaurant celebrates BC spot prawn season with two opulent omakase experiences and a collection of a la carte dishes launching May 7.

“I am always excited for the beginning of spot prawn season, as they are one of my favourite local delicacies. The flavour and texture are so delicate and special, they are best prepared simply: raw or lightly boiled and enjoyed with minimal seasonings.” shares Chef Tojo.

Tojo’s will be offering two seven-course omakase experiences spotlighting local spot prawns and other spring ingredients. At the heart of each meal will be a generous portion of Boiled Spot Prawns with a cilantro & minced jalapeño vinaigrette for dipping; the sweet prawns pair perfectly with the mild jalapeño heat. Other highlights include a luxurious Amaebi Ceviche seasoned with a yuzu vinaigrette. Other spring ingredients spotlighted include BC Spring Salmon with savoury fuki miso, Hotaru Ika (firefly squid) from the cold waters of Toyama, Japan and sought-after Icefish, a Japanese delicacy which chef Tojo prepares as delicate tempura.

The experiences are available in two tiers, one for $220.00 and the second more luxurious for $330.00. The latter features enhancements of prized Wagyu Steak accompanied with seasonal vegetables and an enhanced selection of sashimi. Spot prawns are also expected to appear in at least one dish in the restaurant’s popular $120.00 omakase, an option for patrons which spotlights local seafood.

A la carte spot prawn dishes available at the restaurant will include Spot Prawn Nigiri, Spot Prawn Tempura and the Boiled Spot Prawns featured in both omakase experiences.

On a recent pre-season sport fishing trip with local fishermen and longtime supplier to Tojo’s, Stewart McDonald explained that the limited harvest period and quotas have helped sustain the abundant stocks of the prized local ingredient. McDonald also sells his catch to the public at the soon-to-be-bustling Vancouver Fishermen’s Wharf. The season begins on May 6 and lasts for about one month.

Tojo’s spot prawn menus can be viewed online here. Reservations can be made online via OpenTable or by calling the restaurant at 604-872-8050.

About Tojo’s Restaurant
Tojo’s Restaurant is internationally recognized for creating exquisite food served as an art form. Fresh, unique and modern rooted in Japanese fine dining traditions with a distinct Pacific Northwest perspective, using the finest seasonal, local and organic ingredients. Tojo’s celebrates its 30 year anniversary in October 2018. Chef Hidekazu Tojo has received a long list of awards and accolades throughout his culinary career and has earned respect as a Master Chef for his extraordinary ability to prepare Japanese cuisine. Chef Tojo gained his culinary skills and knowledge while working in a Ryotei, a high-class traditional Japanese restaurant in Osaka in his early twenties. Tojo felt limited by the strict traditions of Japanese culinary culture and jumped at the opportunity to move to Canada and settled in Vancouver, in 1971. He was the first to introduce Omakase to Vancouver’s culinary scene and is the creator of countless dishes and techniques that are ubiquitous today. Among the most influential is the inside out Tojo Roll, which is now universally known as the California Roll.
www.tojos.com

Media release and images provided by the restaurant.