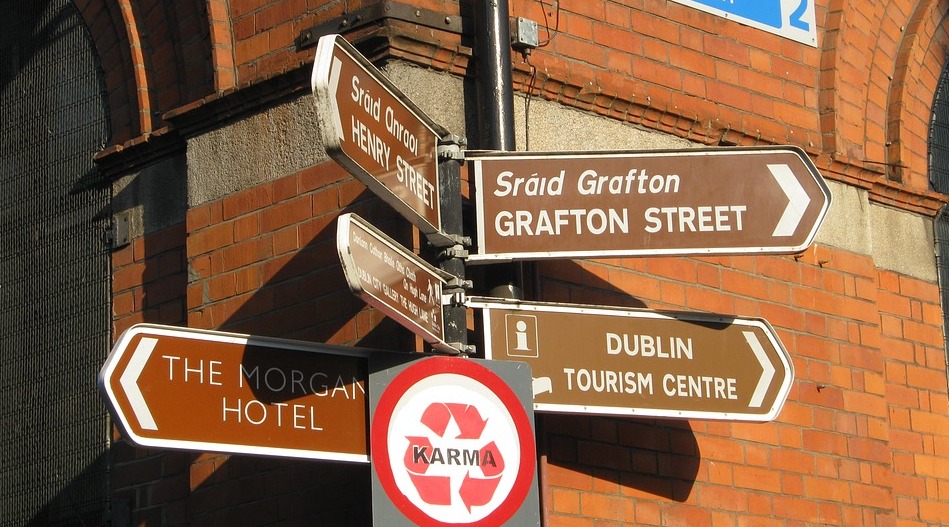 This March, Donnelly Group is launching a celebration and contest to get everyone in the mood for St. Patrick’s Day. The Road To Dublin will shine a light on Irish beer styles while offering one lucky winner the chance to experience Irish beers in their homeland with a grand prize of a trip to Dublin!

Entering the contest is as easy as drinking an Irish beer at a Donnelly Group pub between March 1st and March 16th with drinkers receiving one contest entry per beer. To make this a proper craft beer celebration, Donnelly Group will be tapping 16 different BC-brewed red ales and stouts during the contest, all of which are eligible for contest entries. Each day, one Irish-style BC beer will be tapped at a different pub and craft beer lovers can please their palates with new tastes as they give themselves a better chance of winning the trip to Dublin.

“Traditional Irish beer styles like stouts and red ales are great at this time of year,” said Donnelly Group Bar & Beverage Director Trevor Kallies. “The Road To Dublin is going to shine a light on some rare and delicious examples from BC Craft Brewers and get beer lovers warmed up for St. Paddy’s Day.” 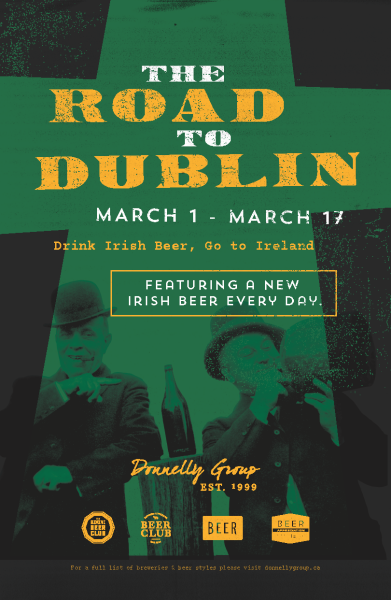 The Road to Dublin begins at The Bimini on March 1 with the tapping of Whistler Foxtail Red Ale, a session ale typically not available on draught outside of Whistler. The celebration will include stouts from Fuggles & Warlock, Tofino Brewing, Fernie, Moon Under Water and many more. The end of the road is of course St. Patrick’s Day on March 17 and the contest draw at The Lamplighter Pub in Gastown. Check the schedule of special beer tappings or just stop in for an Irish beer at any Donnelly Pub and enter for a chance to win a trip to Dublin.

Donnelly Group would like to give a big thanks to the BC Breweries coming together to help make this happen and of course, the Vancouver Beer Coalition. For more information on Donnelly Group and The Road to Dublin, visit www.donnellygroup.ca