Embark on a flavourful trip around the world – no passport required – at Dine Out Vancouver Festival’s most anticipated culinary event. The Vancouver World Chef Exchange returns with a series of collaborative dinners starring award-winning chefs from global culinary hubs, including London, New York, San Francisco, Mexico City and Galway.

During each one-night-only event, an international and local chef will join forces to produce an incredible culinary experience at the Vancouver chef’s restaurant, taking inspiration from their respective restaurants’ most popular dishes; their own cultural influences and favourite fare; and local and seasonal ingredients.

Tickets for the Vancouver World Chef Exchange are on sale now – make sure to book them quick as seats are limited. 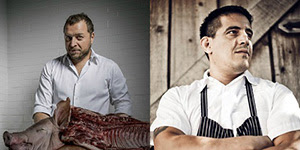 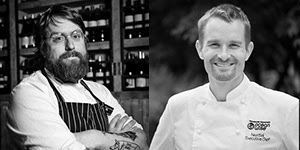 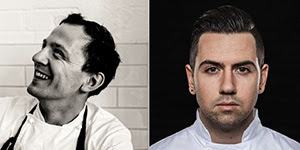 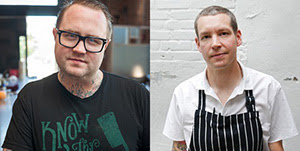 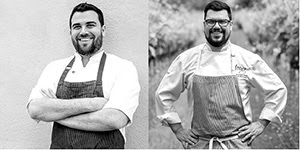 Details: Chef Chris Whittaker of Forage and Timber brings San Francisco-based Chef Ryan McIlwraith back to his Vancouver roots. Born and raised in Vancouver, McIlwraith manned the kitchen at numerous award-winning restaurants across the country before landing at San Francisco’s Bellota as executive chef. His menus are inspired by the regional cuisines and traditions of Spain.

Produced by Tourism Vancouver, Dine Out Vancouver Festival is Canada’s largest annual celebration of food and drink. Attracting more than 100,000 locals and visitors, the festival takes over the city with 17 days of culinary events, prix fixe menus at 280-plus restaurants (at $20, $30 or $40 price points), as well as “Dine and Stay” packages and special hotel rates. The festival promotes local and regional ingredients, the wines of British Columbia, and the city’s exceptional culinary talent. Festival partners are the Wines of British Columbia and YP Dine. Preferred partners include Air Canada, OpenTable, Metro newspaper and Tickets Tonight. Dine Out Vancouver Festival 2017 runs from January 20 to February 5. dineoutvancouver.com @DineOutVanFest #dovf