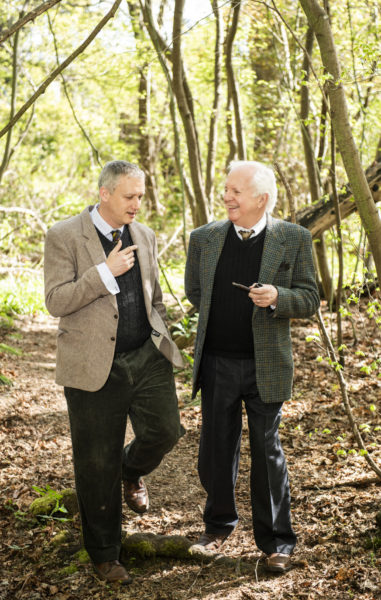 Local director and playwright Ron Reed’s “Tolkien”, a play about the friendship between J. R. R. Tolkien (John Innes) and C. S. Lewis (Ian Farthing), is a powerful theatre experience.   It spans a period of more than 30 years, beginning when Tolkien is introduced to “Jack” Lewis, the new professor on the staff at Oxford. The two begin talking and find out that they both enjoy thinking deeply about life’s big questions, although they approach them from the seemingly opposite stances of Christianity and atheism.

As trust begins to develop in their budding friendship, Tolkien confesses that he has a “secret vice”. He says that he has to write or lose his mind, and reads from his manuscript, “The Hobbit”. Lewis is very impressed with the story and suggests that Tolkien should publish it, but Tolkien is unsure, believing that “no one but me would be interested”. Tolkien’s wife (Erla Faye Forsyth) encourages him to share his work with the world as well. 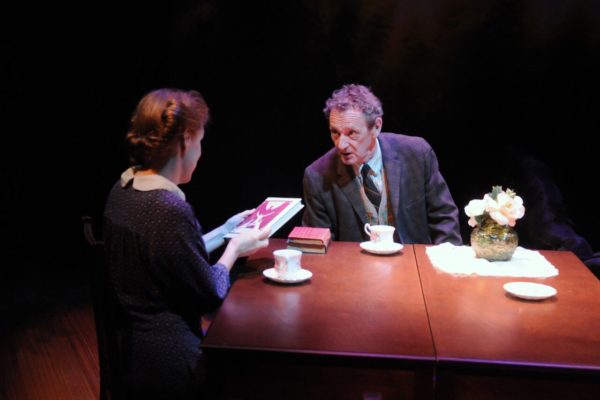 The two friends and Lewis’ brother, Warnie (Tim Dixon) begin meeting on Thursday evenings for informal discussions which they call ‘Inklings’.   Sometimes, they talk about the attributes of literature worth studying, as opposed to modern poetry which has been ‘Eliotized’ and ‘Audenated’, but most evenings they talk about religion. Tolkien is a strong believer in Christianity and, over the course of time, Lewis admits to himself that “I am a man of snow and I’m beginning to melt.” Eventually, he, too, embraces Christianity.

What seems as if it will be a lifelong relationship begins to falter when Lewis, who is far more sociable than Tolkien, brings someone new, Charles Williams (Anthony F. Ingram), to an Inklings session. Tolkien is not receptive to the newcomer or to the other new people (Hugo Dyson and Roy Campbell, both played by Simon Webb) introduced to the group by Lewis.

Tolkien begins to withdraw and Lewis realizes that Tolkien is jealous of his friendship with other writers. What follows is a thoughtful commentary on several aspects of the human condition. 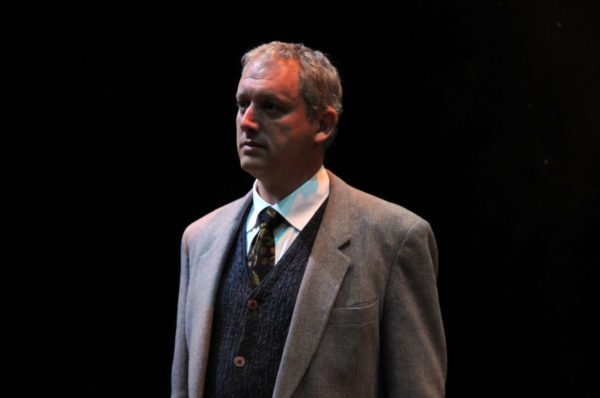 “Tolkien’s” sets are simple, but very effective. The musical background is soft and unobtrusive and the lighting is impressive in its ability to highlight emotion.

At the World Premiere, John Innes, who is playing Tolkien, was unable to appear. The writer and director, Ron Reed, did an impressive job of standing in, both reading the script and acting the part as he read.

Productions hosted at Pacific Theatre are always thought provoking. “Tolkien” encourages theatregoers to reflect on the nature of friendship, how it is built and what is required for it to be maintained.   Several other important questions were raised by the staff during rehearsals and are included as an addendum to the programme. “Tolkien” is an excellent tribute to Theatre That Matters to all of us.