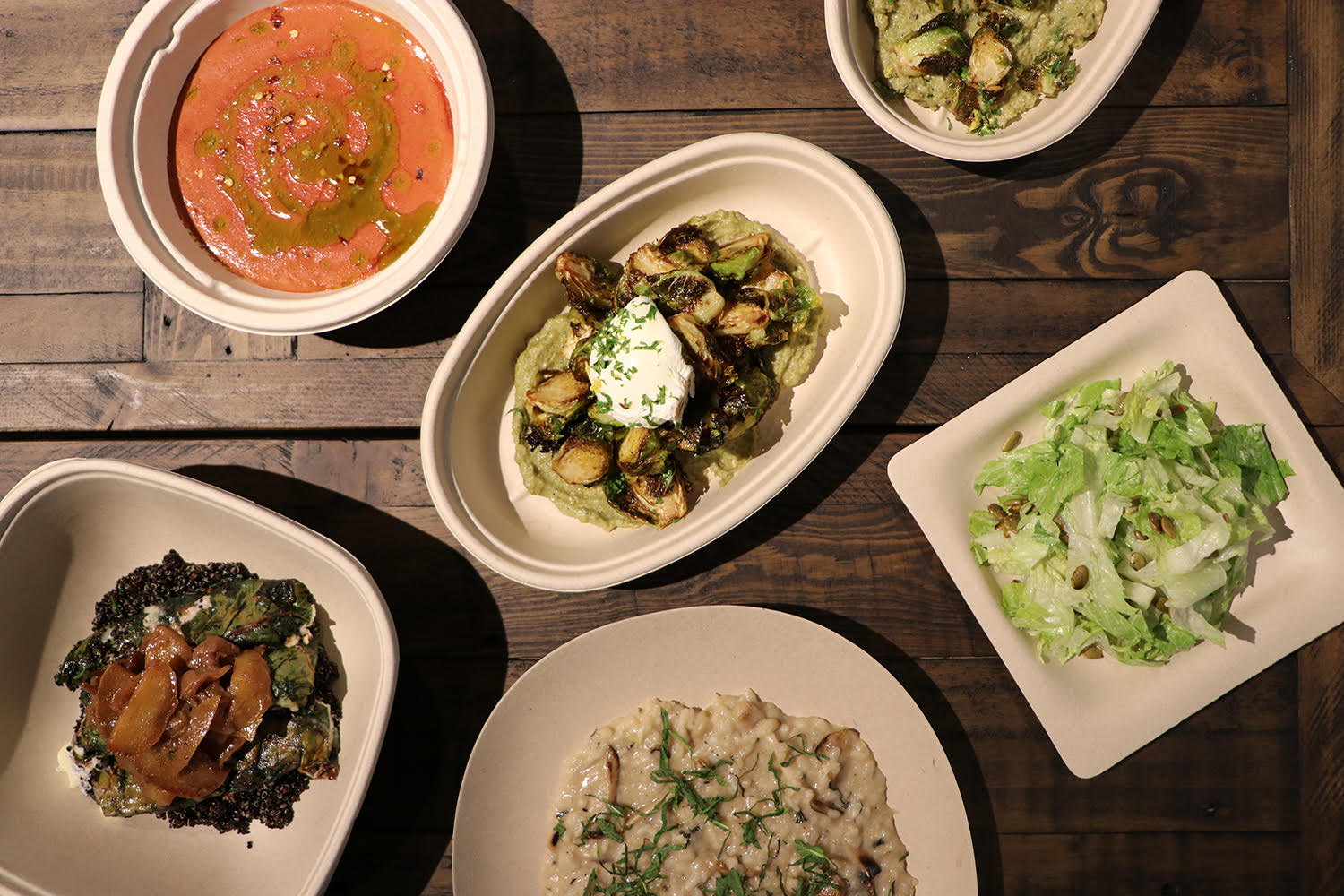 Specializing in vegetarian and vegan cuisine, the restaurant’s charitable focus was inspired by a chance encounter with Michael J. Fox

Amaranthus, a plant-based restaurant specializing in vegan and vegetarian cuisine, will be opening next month inside River Market in New Westminster. Created by Alejandro Diaz, the owner of contemporary Mexican restaurant el Santo, and Executive Chef Sam Fabbro, this new eatery will focus on showcasing the best of local B.C. produce while providing vegans, vegetarians and gluten-sensitive diners with dishes designed specifically for them.

“As someone who regularly eats vegetarian food, I wanted to create a restaurant that elevates the plant-based dining experience and celebrates the amazing produce that we have here in B.C.,” says Alejandro Diaz, owner of Amaranthus. “With more and more people recognizing the health and environmental advantages of a plant-based diet, I wanted show people that cutting out meat doesn’t mean sacrificing taste”.

Menu items include a wild mushroom risotto, a caramelized citrus salad and a roasted celeriac veggie burger with smoked blueberry barbecue sauce. Many dishes have been designed to be prepared either vegan or vegetarian according to the diner’s preference.

“Our goal with this menu is not to try to replicate meat dishes, but rather to showcase the inherent beauty of the plant-based ingredients that we’re using,” says Sam Fabbro, Executive Chef at Amaranthus. “We have specifically decided to display our menu on an erasable chalkboard so that we can swap dishes in and out based on what’s available at the farmers market on any given week”.

The restaurant’s name is the Latin word for amaranth, a type of grain used to make alegrías – a popular Mexican sweet that was a childhood favourite for Alejandro Diaz.

Proceeds from select items on Amaranthus’ menu will be donated to IMPACT Parkinson’s, a New Westminster-based non-profit that supports people living with Parkinson’s disease. The partnership was inspired by a chance encounter between Alejandro Diaz and actor Michael J. Fox when the latter dined at el Santo earlier this year.

Amaranthus opens on May 1st and is located inside River Market, a short walk from the New Westminster SkyTrain station.

Alejandro Diaz moved to Canada in 1996 from Mexico City and has worked in the hospitality industry for over 20 years. An accountant by profession, Alejandro wanted to trade numbers for people as that is where his true passion lies. Living in New Westminster, he recognized the community’s desire for fresh and innovative cuisine available close to home and opened his first restaurant, el Santo, in 2015, which combines the dishes of his native Mexico with the ingredients of the West Coast.

Sam Fabbro has been cooking since he was tall enough to reach the kitchen counter. He got his first experience in a restaurant kitchen at Cobre in Gastown while he was still in high school. After graduating and completing the culinary arts program at Vancouver Community College, Sam joined the team at the west-coast-inspired Restaurant 62 in Abbotsford, before moving on to Raincity and CinCin in Vancouver. Sam has been the Executive Chef at el Santo since 2017. He is especially enthusiastic about incorporating locally sourced ingredients into his dishes – a hallmark of his menu at el Santo that will carry over to Amaranthus.

Veg Fest Vancouver is Back! Get ready to veg out.

Cause We Care partners with Legends Haul for Mother’s Day