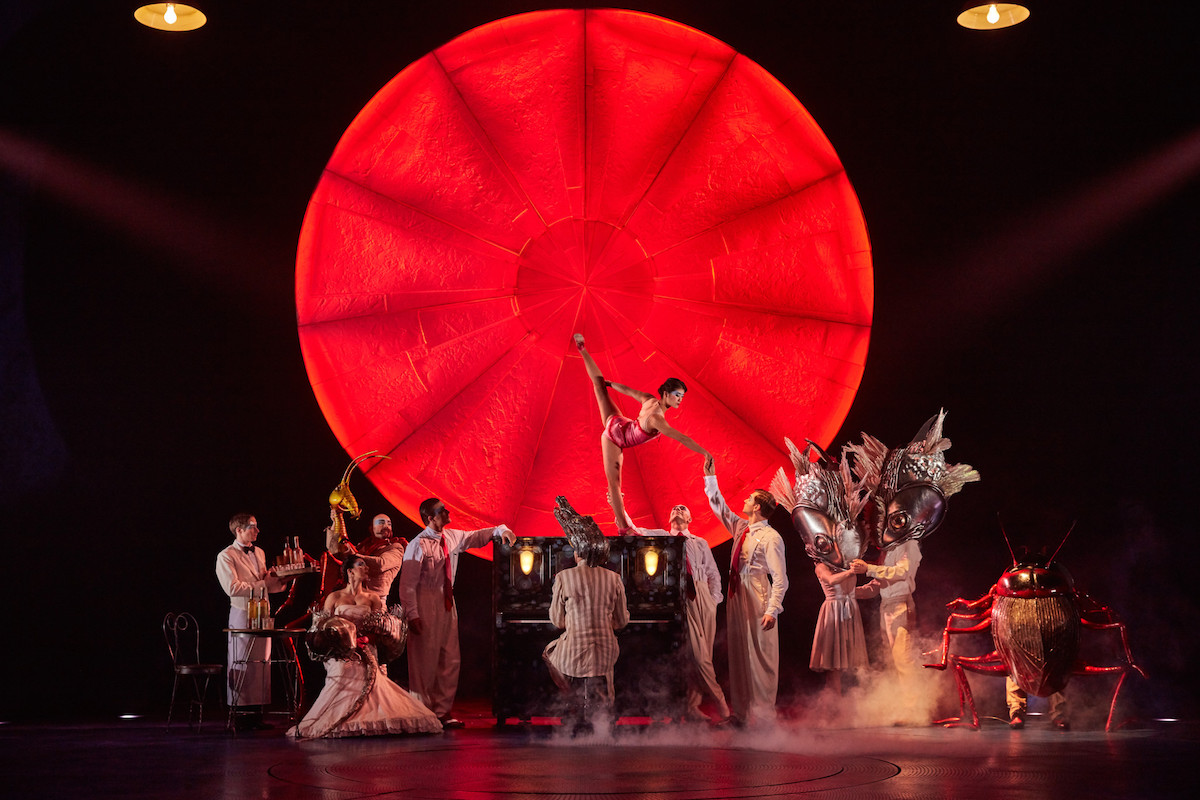 Cirque du Soleil and the David Suzuki Foundation are pleased to join forces for a special night at LUZIA in Vancouver. On October 10, the two organizations will team-up to raise awareness and funds for one of today’s most pressing environmental crises: supporting healthy pollinator habitats across Canada.

What: special performance of LUZIA to support healthy pollinator habitats across Canada
When: Thursday, Oct. 10 – media availability 7-8 p.m.; show at 8 p.m.
Where: Under the Big Top, Concord Pacific Place, Vancouver

Founded by David Suzuki and Tara Cullis in 1990, the David Suzuki Foundation’s mission is to protect nature’s diversity and the well-being of all life, now and for the future. Its vision is that we all act every day on the understanding that we are one with nature. Always grounded in sound evidence, the Foundation empowers people to take action in their communities on the environmental challenges we collectively face, across three priority areas: climate solutions, biodiversity and environmental rights.

Sharing similar values as the David Suzuki Foundation, Cirque du Soleil’s commitment goes beyond the performance. It aims to positively impact people, communities and the planet with what it knows best – creativity and art.

About the David Suzuki Foundation

The David Suzuki Foundation (davidsuzuki.org) is a leading Canadian environmental non-profit organization, collaborating with all people in Canada, including government and business, to conserve the environment and find solutions that will create a sustainable Canada through evidence-based research, public engagement and policy work. The Foundation operates in English and French, with offices in Vancouver, Toronto and Montreal.

In a series of grand visual surprises and breathtaking acrobatic performances, LUZIA (cirquedusoleil.com/Luzia) takes audiences on a surrealistic journey through a vibrant world filled with wonders, playfulness and striking artistry. Smoothly passing from an old movie set to the ocean to a smoky dance hall or an arid desert, LUZIA cleverly brings to the stage multiple places, faces and sounds of Mexico taken from both tradition and modernity. Rich in awe-inspiring moments, LUZIA enchants by incorporating rain into acrobatic and artistic scenes – a first for a Cirque du Soleil touring production.

With mesmerizing and refreshing acrobatic performances, LUZIA brings traditional and contemporary circus disciplines to a whole new level. Cyr Wheel artists perform the unprecedented feat of rolling and spinning under the rain, while an aerialist suspended from a Trapeze flies and twirls through pouring showers. Hoop Diving is taken onto gigantic treadmills, expanding exponentially the speed and amount of daring leaps executed. Jaw-dropping highlights include a male contortionist skillfully twisting his body in the world’s most unimaginable positions, a powerful Aerial Straps specialist defying the laws of gravity at the center of a cenote (natural sinkhole), a juggler tossing seven pins at breakneck speed, and two football (soccer) freestylers deftly mixing street dance with mind-blowing ball manipulation.

Cirque du Soleil Entertainment Group (cirquedusoleilentertainmentgroup.com) is a world leader in live entertainment. On top of producing world-renowned circus arts shows, the Canadian organization brings its creative approach to a large variety of entertainment forms such as multimedia productions, immersive experiences, theme parks and special events. It currently has 4,500 employees from nearly 70 countries. Going beyond its various creations, Cirque du Soleil Entertainment Group aims to make a positive impact on people, communities and the planet with its most important tools: creativity and art.