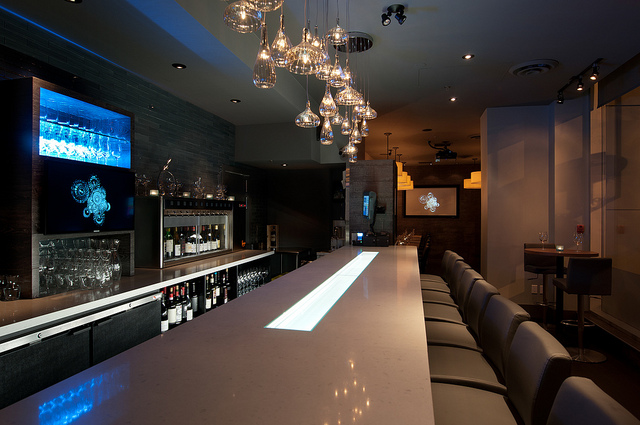 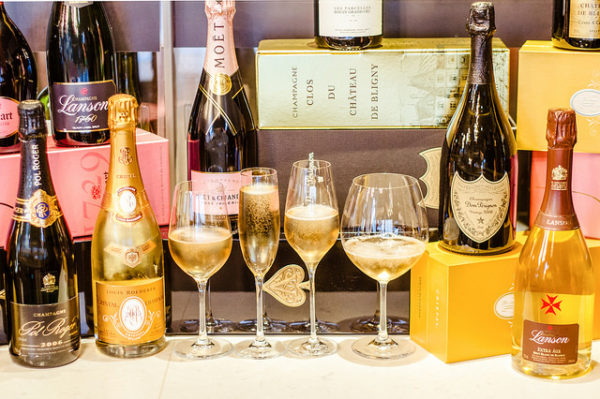 They are just some of the 24 bubbles that will be available by the glass starting in May at Provence Marinaside and TWB-The Wine Bar. Yes, you read that right – they’ll be available by the glass. Wine Director Joshua Carlson credits Enguerrand Baijot (the international ambassador and North America director for Lanson Champagne) along with BC’s Own Ezra Cipes (Summerhill Pyramid Winery) for endorsing the revolutionary Le Verre de Vin preservation system. Respected leaders in sparkling wine, both men confirmed that the Verre de Vin technology perfectly preserves sparkling wine by replacing Co2 in the neck of the bottle. Carlson’s concern was that the gas would affect the taste of the wine or change the structure of the bubble. He was assured by both men that scientifically the machine is ultimately tricking the wine by keeping the same Co2 pressure as before the bottle was opened. This allows a sparkling wine to retain its flavor and effervescence up to 21 days after the bottle has opened.

By-the-glass prices range from a very affordable $8 (Montelvini Prosecco, Italy) and $10 (Mas Fi Cava, Spain) right up to $105 (Moet et Chandon Dom Perignon 2006, France) or splurge on the Louis Roederer Cristal 2009 for $110. “While $110 for a glass may seem like a lot, it allows people who could never afford, or want, to purchase an entire bottle to indulge in a truly wonderful glass of champagne,” says Carlson.

That’s not all that’s enticing about Provence and TWB’s new Sparkling Wine Program. Ranging in price from  $30 (Mionetto IL Prosecco, Italy) to $888 (Armand de Brignac Brut ‘Ace of Spades’ Gold, France) , the entire list offers a total of 28 bubbles by the bottle with 14 of them being French champagnes. 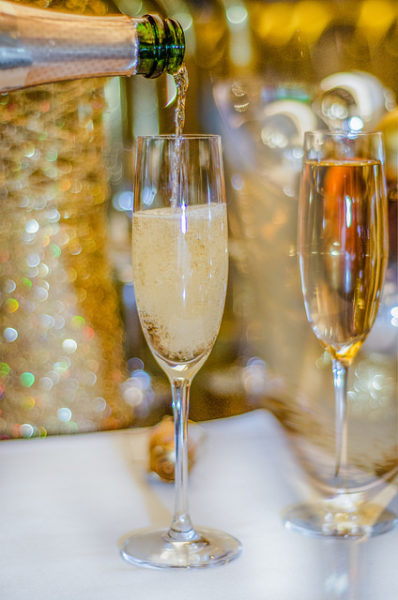 In addition to bringing in the Le Verre de Vin system, Chef/owner Jean Francis Quaglia has invested in some very serious stemware. Four different types of glasses will be used depending on the wine being poured. “We use a traditional flute for some of the wines such as the proseccos and cavas while wines like the Lambrusco are best served in a white wine glass. We have brought in the very special Richard Juhlin Optimum by Italesse to serve most of the champagnes. While some like the Lanson Extra Age Brut Blanc de Blancs will be served in a Burgundy glass. These bigger champagnes open up better in the Burgundy glass – it’s not just about the bubbles,” states Carlson.

“Most major cities have champagne bars,” says Chef Jean Francis. “We believe that with this new program, we’ll have the largest selection of sparkling wines in the city. Bubbles turn any occasion, whether meeting friends after work or dropping by after the game, into a mini-celebration. They’re also very food friendly and go with everything from oysters to popcorn.”

Exclusive to TWB-The Wine Bar, and not offered at Provence, are Sparkling Saturdays where it’s 25 percent off bubbles. Can’t make it Saturday? Drop by for Manic Mondays where you can choose any one of TWB’s seven Daily Deals including the one for Sparkling Saturday.

“Everything is better with bubbles… life itself feels a little brighter when you’re sipping something sparkling. It’s going to be a lot of fun offering so many selections to our guests. Our wonderful patio, the view over-looking the Marina, and a glass of bubbles, is just about perfect when it comes to making your day exceptional,” concludes Carlson. Whether you are in a celebratory mood, need a pick-me-up, or looking to unwind after work, Provence Marinaside and TWB-The Wine Bar have you covered with their new Sparkling Wine Program.