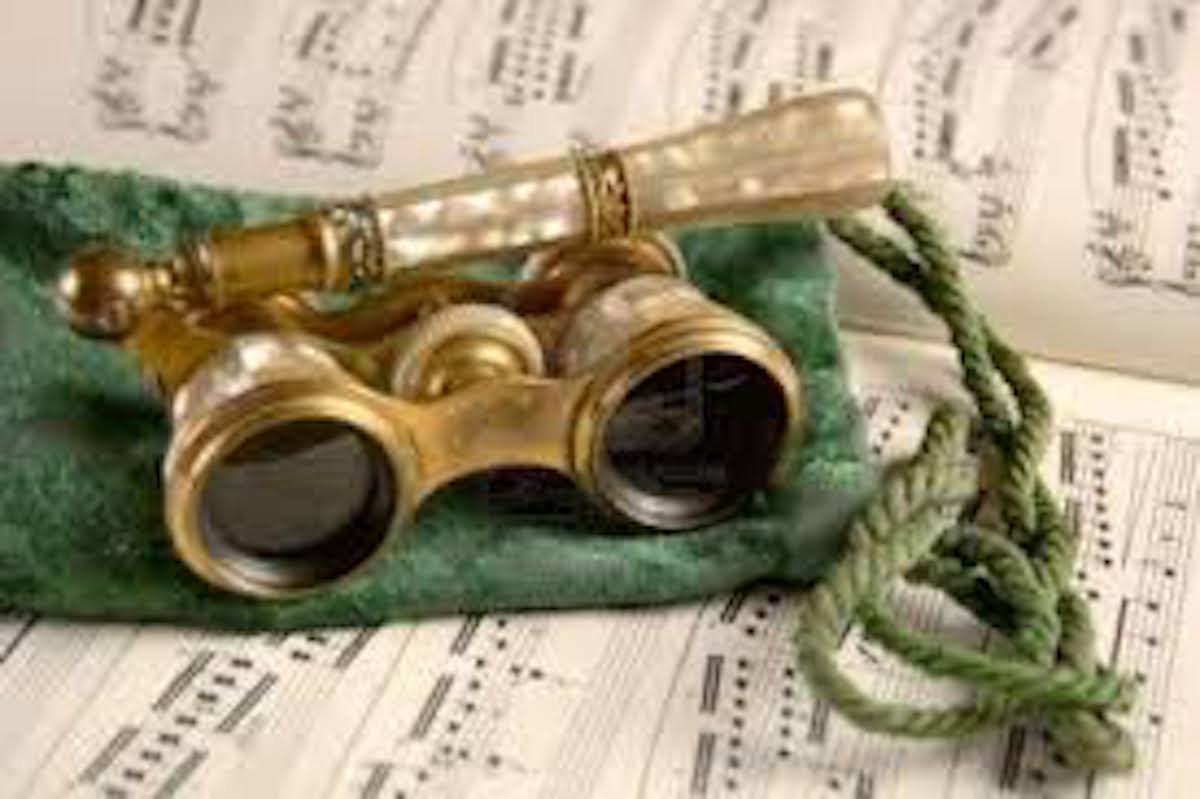 Vancouver Opera’s 2018/2019 season and festival brings us a lush new production of Puccini’s La Bohème that is quite literally designed as an enormous vintage postcard of Paris. The curtain rises on a modern-day flea market, with tourists taking selfies, sellers touting their wares and an accordion duo entertaining the crowd. Amid the bustle, a lone visitor puts a record on a vintage gramophone from which plays the opening bars of Giacomo Puccini’s famous opera, transporting the audience back in time.

Canadian designer and director duo André Barbe and Renaud Doucet – the team behind VO’s Turandot in 2017 – has created a beautiful and gloriously over-the-top production, first seen at the Scottish Opera where it was highly successful. The setting is updated to the interwar years of the 1920s when American artists and writers flocked to Paris to live the bohemian life.

Quebec’s young soprano France Bellemare makes her Vancouver Opera debut in the role of Mimi having previously portrayed the tragic love interest at the Musica Viva Opera in Hong Kong.  Her exquisite passion and beauty have inspired audiences through her budding career. In 2018, Bellemare was Marguerite in Faust at both the Societe d’Art Lyrique du Royaume and the Orchestre de Trois-Rivière. Also in 2018, she lent her warm, velvet vocals to the role of The Mother in The Wall by the Cincinnati Opera.

Korean-born tenor Yosep Kang marks his Vancouver Opera debut as the romantic Rodolfo, transfixed by the beauty of Mimi as he embraces his love for her through all of its highs and lows. Kang has previously portrayed Rodolfo in the Vienna State Opera, Berlin’s Deutsche Opera, Art Centre Melbourne and the Sydney Opera House. His career has seen him perform on countless European stages with this production marking his Canadian debut. In 2018 his engagements included Britten’s War Requiem with the KBS Symphony Orchestra in Seoul, South Korea as well as Frankfurt Opera and Hamburg State Opera.

Canadian baritone Phillip Addis brings his bright and smooth voice to the role of Marcello. During the 2017-2018 opera season Addis performed with the Calgary Opera in the title role in Eugene Onegin and the Edmonton Opera in the title role of Don Giovanni. He has previously performed with the Minnesota Opera, Michigan Opera Theatre, Canadian Opera Company and the Ruhrtriennale festival. He was last seen at the Vancouver Opera as Conte Almaviva in Le Nozze di Figaro.

Canadian Soprano Sharleen Joynt brings her scintillating high range to her Vancouver Opera debut as Musetta in this production. In 2018, Joynt debuted with the Opera Philadelphia and the Charleston Symphony. During the 2017/2018 opera season, Joynt performed Musetta with the Pacific Opera Victoria and debuted with the Anchorage Opera and the Tanglewood Music Festival. Additionally, she performed with the Bach Society of St. Louis and the Theatre Augsburg’s Summer Concert Series.

Canadian conductor Judith Yan makes her Vancouver Opera debut following an international 2017/2018 season conducting the Seattle Opera, Hong Kong Ballet and the Korean National Ballet. Yan was a Staff Conductor with the San Francisco Opera for several years following her time with the Canadian Opera Company as the first Conductor-in-Residence. She is currently the Artistic Director of the Guelph Symphony Orchestra and Music Director and Principal Conductor of Opera on the Avalon.

While La Bohéme is sung in Italian, English SURTITLES™ will be projected above the stage.

‘Jazz-age colour and vitality” The Guardian

“Opera at its most exuberant” The Herald

“Stunningly designed with plenty of theatrical fizz” The Times

Opening night of La Bohème is Thursday February 14, 2019 at 7:30pm, with subsequent evening performances on Saturday, February 16, Tuesday, February 19 and Thursday, February 21 at 7:30pm, and a 2:00pm matinee on Sunday, February 24. All performances take place at the Queen Elizabeth Theatre (Georgia and Hamilton), Vancouver. Tickets ranging in price from $50 to $175 are available at the Vancouver Opera Ticket Centre, by telephone (604-683-0222), or online at www.vancouveropera.ca.