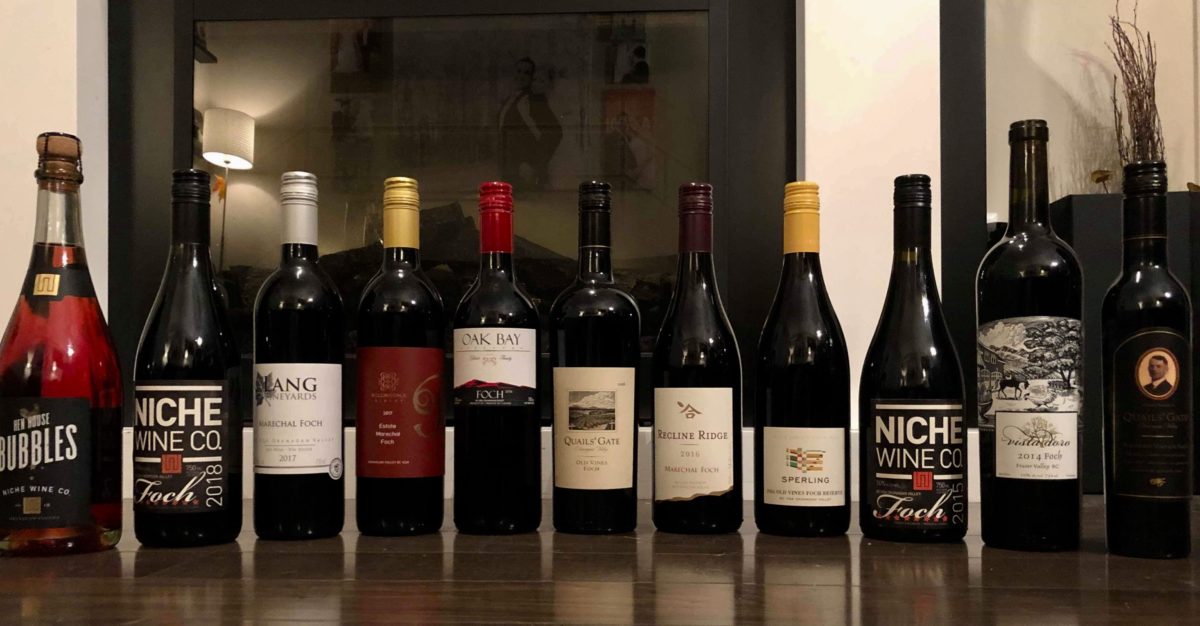 My good friends, Matt and Mel sent me an invitation recently.  The title in the subject line certainly piqued my curiosity, “Foch Sho”.  His message read, “I’ve been wanting to do a wine tasting night for a while with my favorite varietal, FOCH! Come join Melissa & Myself for Dinner, Dessert and Foch.”  Matt is a passionate award-winning bartender, most recently at Nomad, and Melissa is an amazing cook and baker. How could I possibly turn down an offer like that? 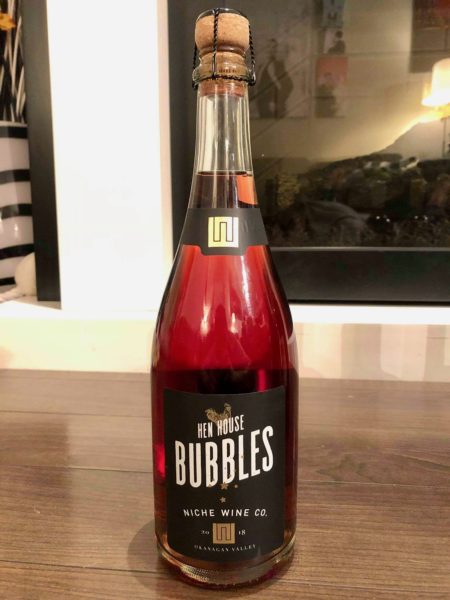 They assembled about a dozen people for a tasting and long-table dinner.  We began with a glass of Niche Wine Co. 2018 Hen House Bubbles ($22.99), a delicious 12% sparkler, sure to please anyone with its big juicy berry flavours – blueberry, raspberry, and blackberry.  Nicely balanced and the gummy bear fruitiness carried through onto the palate followed by a medium-plus finish.  This wine is a charmer any time of the year.  Be sure to have some on hand to greet your visitors over the holidays.

Matt decided to do the wines in flights of three, decanting each of the wines so they would show their best.  While we were waiting for the wines to open up, he explained his long-time passion for this variety.  A cigar aficionado, he finds the aromas and flavours very complimentary and he is considering a cigar and Foch tasting sometime in the future.  Marechal Foch (pronounced “MAR-e-SHALL-fosh) is often described as fruity, with dark berries, raspberry, cherry, plum, spice, smoke, meaty, chocolate, mocha, caramel and butterscotch aromas and flavours.

It can make a wide range of styles from light, fresh and fruity wines to dark, inky black, rich and full-bodied ones and even fortified after-dinner wines.  They tend to be high in acid and low in tannins, which appeals to those who tend not to like big reds.

Foch is a French hybrid developed by Eugene Kuhlmann about one hundred years ago.  It was named for a World War One French hero, Marshall (Marechal) Ferdinand Foch, though due to new regulations, the grape is no longer grown in France.

The grape has small berries, ripens early, is cold hardy and is resistant to fungal diseases.  The best wines are made from older vines.  Because it is a hardy grape it is grown in regions where ‘regular’ (vitis vinifera) grapes would not ripen.  You will find Marechal Foch grown extensively all along the eastern coast of North America, though there are some pockets in the Okanagan, on Vancouver Island and in Oregon. 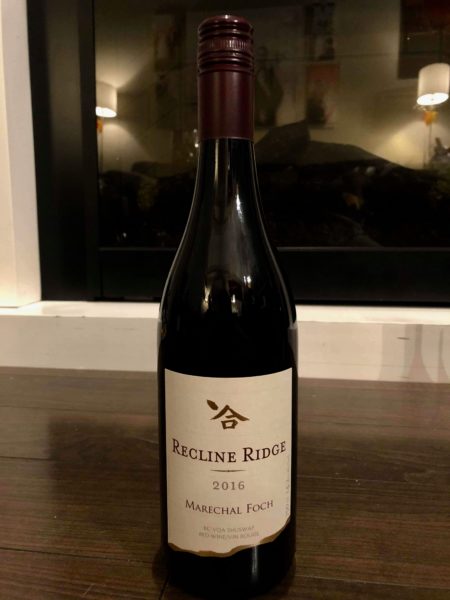 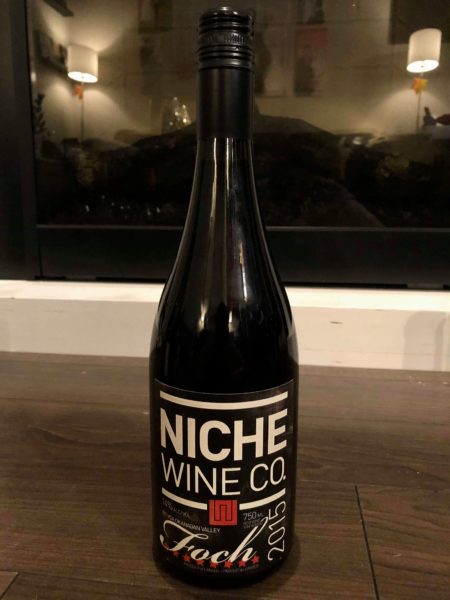 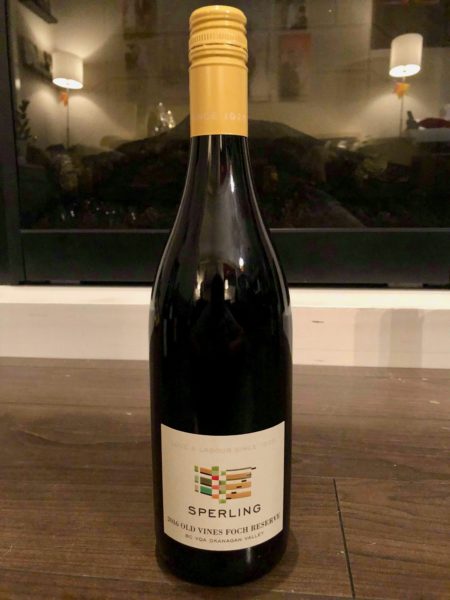 After this beginning flight we went on to dinner, perfectly matched for the occasion – Beef Bourgogne, Mashed Potatoes, Green Beans and Oven Roasted Brussels Sprouts.  This really made the wines shine.

The second flight began and featured: 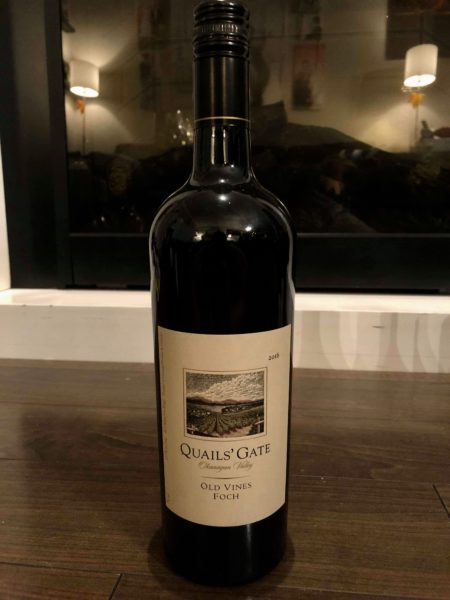 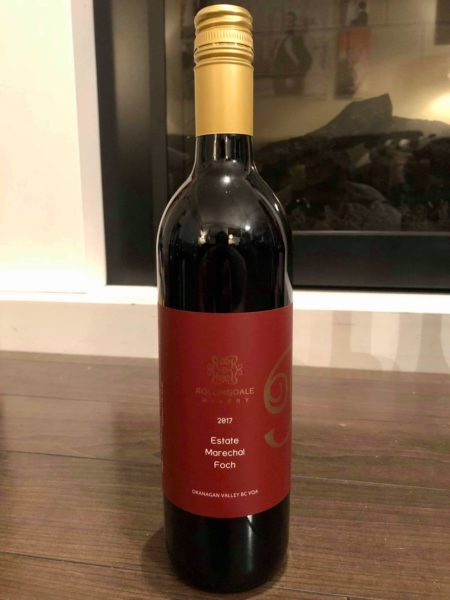 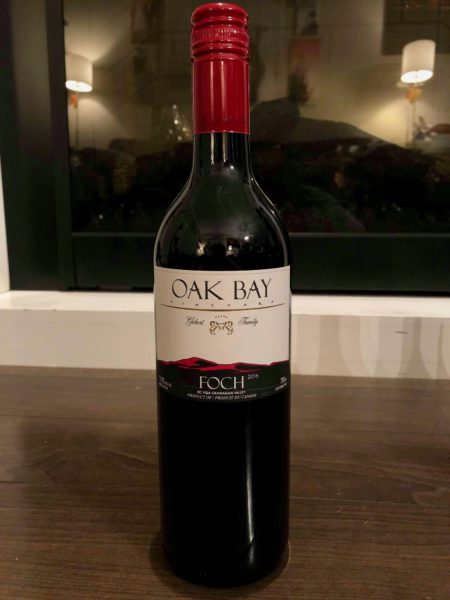 Dessert followed this second flight and to my great delight, it was a not-too-sweet Black Forest cake which was perfect with the wines poured.

The third flight consisted of: 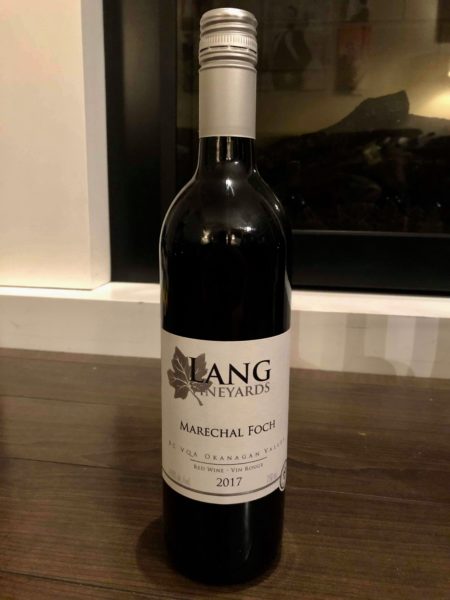 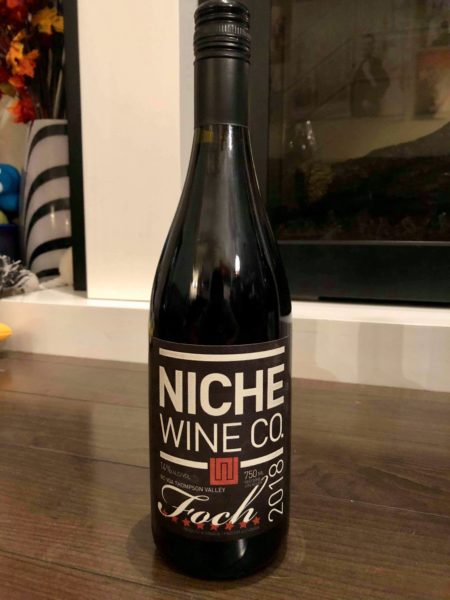 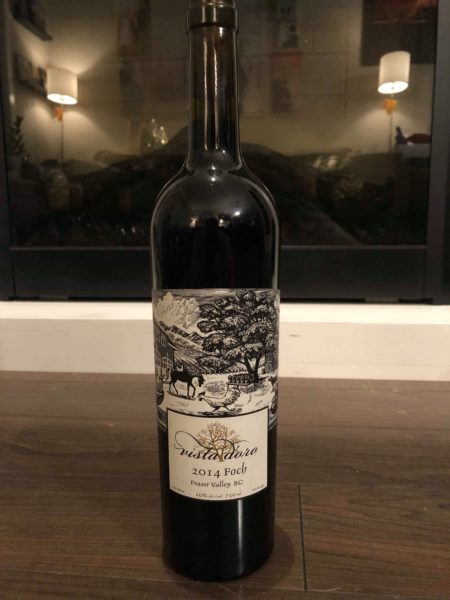 Fortunately, Matt had a surprise for us to end on.  A fortified ‘Port-like’ Marechal Foch made by Quails’ Gate. 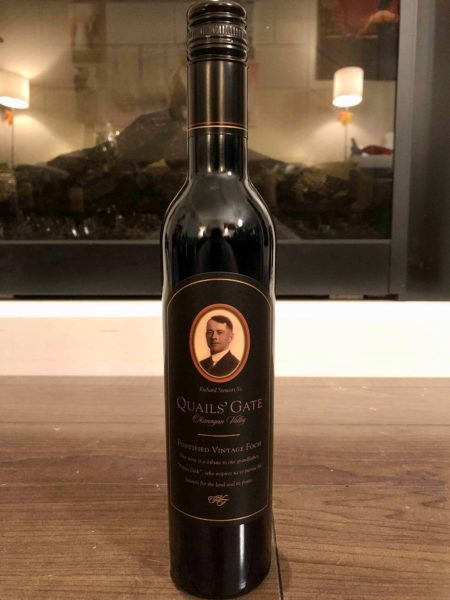 Marechal Foch, once met with disdain in BC and for some good reason as it was overcropped and produced mediocre wines.  It took a winemaker from down under to see its potential and treat it properly so it could produce good quality wines.  For years now, it has had a steadily growing cult following.  See what all the fuss is about and try some for yourself.  You, too, may catch ‘Foch Fever’. 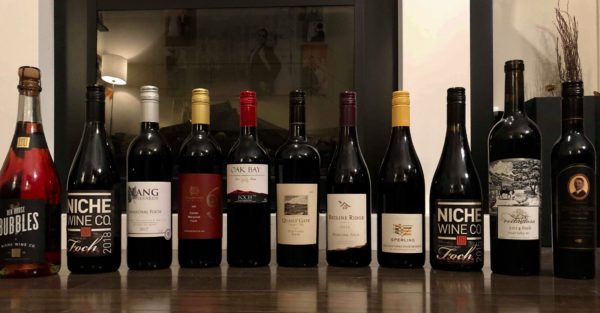 (All photos courtesy of Matt Benevoli)

For more background on Marechal Foch, see the addendum below for some excerpts from John Schreiner (http://johnschreiner.blogspot.com/)