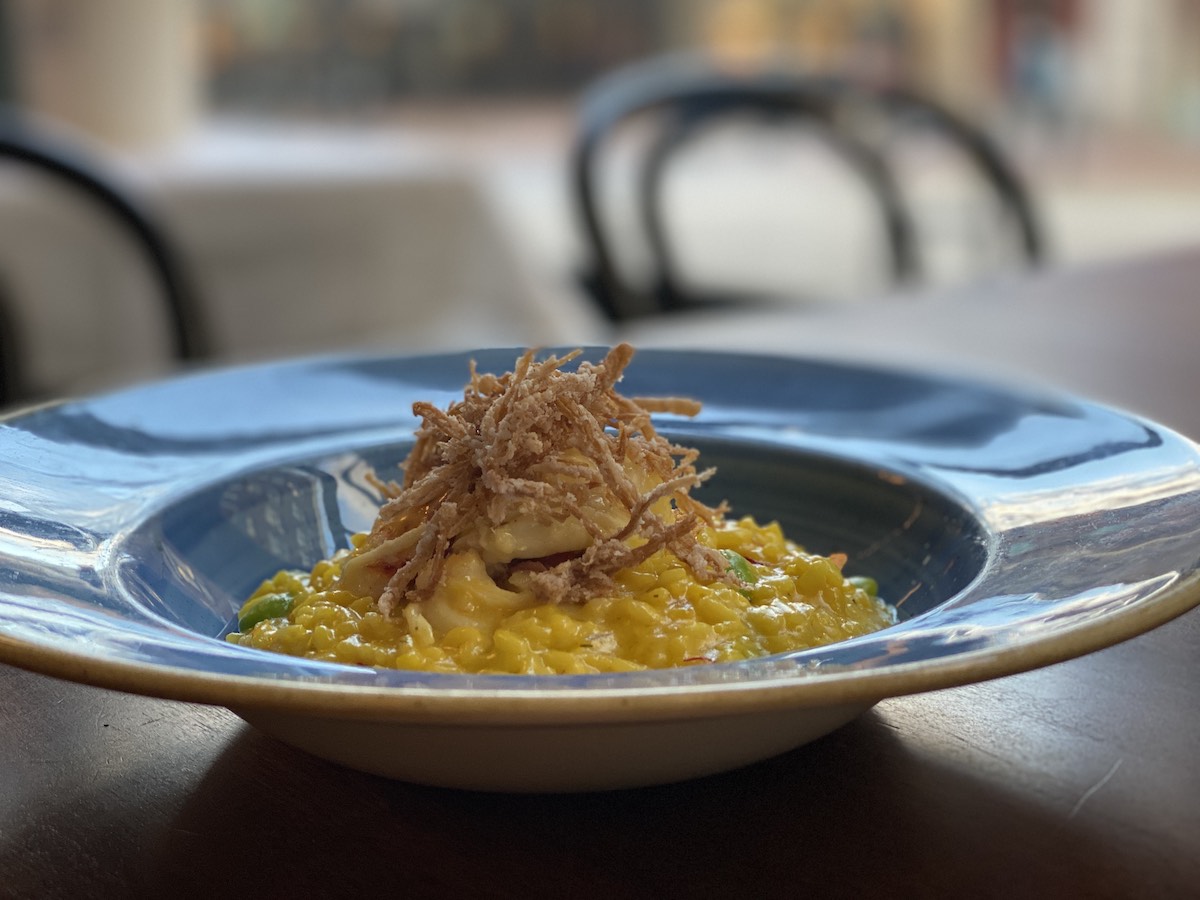 “In this series I’ll share which B.C. wine pairs best with select recipes from the best chefs in B.C.”

Who doesn’t love lobster? Nobody! This recipe is tailor-made for lobster lovers and with a bit of a twist it is anything but same old, same old. Company worthy or romantic dinner for two this is the dish you have been looking for. 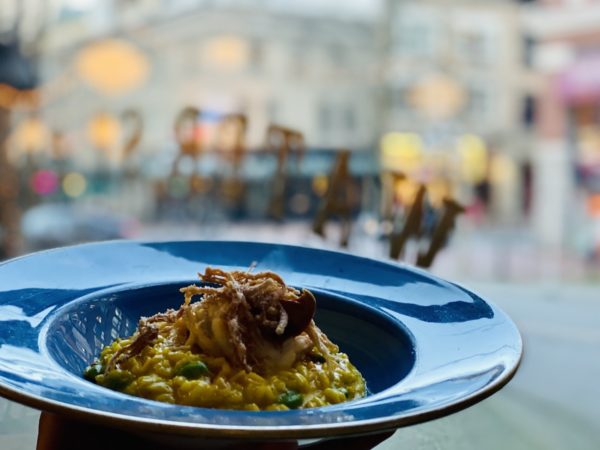 Deshell and take the meat out.

You can use the shell to make stock for risotto, or use vegetable stock.

In a large saucepan, heat the olive oil. Cook garlic and shallot over moderate heat until soft.

Add rice and cook, stirring until garlic is thoroughly mixed.

Add white wine and saffron to rice and stirring constantly, until nearly absorbed.

The risotto is done when the rice is al dente. Approximately 16 minutes.

Mix in lobster meat and cook for 2 minutes.

Cut off the bottom of the Enoki mushrooms and separate mushrooms into smaller bunches.⁣

Set aside for garnish on top of the lobster risotto. 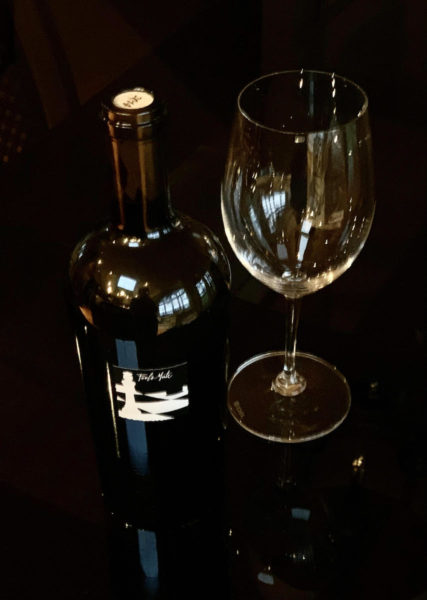 An extremely complex wine with aromas of yellow peach, melon, perfume and butterscotch with hints of graphite. The palate has a rich entry with flavours of peach and apricot, tension across the mid-palate and a great length backed by fresh acidity and sea salt on the finish.

“This is a Chardonnay that displays great harmony. The aromas of citrus, peach and vanilla initially are restrained, opening up with time in the glass.”
Tip: Monday’s at Water Street Café means all wines, any vintage, any varietal, any winery are 40% off at lunch and dinner! 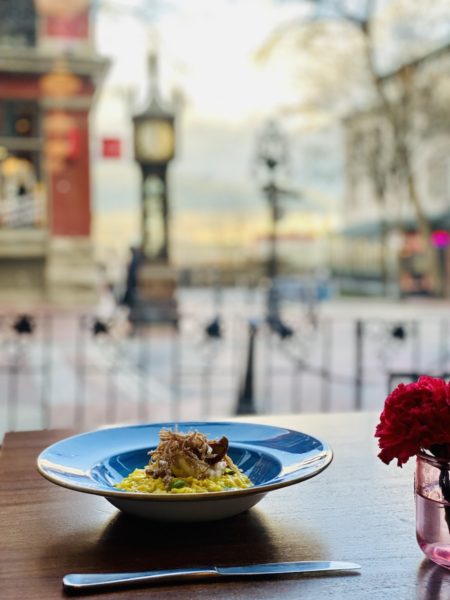 Born and growing up in Hong Kong, a city is home to some of the most food-obsessed people in the world, Alan Tse was no stranger to good food. He was also aware of the importance of food in connecting people. Many of his best meals were the family gatherings of his childhood and this background helped shape his style of cooking. He believes that good food starts with fresh ingredients and proper cooking techniques. Great food starts with the heart.

In 2003, Alan left his job in financial services. He traveled extensively around the globe. While on the trip, he had the opportunity to meet the locals, to taste the true essences of their food and learn their culture. Alan found his passion in cooking. After that experience, he resolved to become a Chef and open his own a restaurant someday.

In 2005, Chef Alan graduated from the Culinary Art program at Vancouver Community College and became an apprentice at Cardero’s under Executive Chef Annabelle Leslie. In 2011, He moved to The Teahouse in Stanley Park and further honed his skills as Sous Chef before becoming Executive Chef in 2014.

In 2017, Tse teamed up with his coworker, Eli Brennan (GM at Cardero’s) to take over the iconic Water Street Café. Chef Alan is excited to put his own twist on the classic Italian and West Coast fare found at his own restaurant across from the Steamclock in Gastown.

In 2021, Qualicum Beach Café was opened in January.

From dream to reality in 16 years.

Easter Patio, Take Out, and Brunch Boxes with the Water St Cafe!

Crab Fest is in full swing at Water Street Cafe