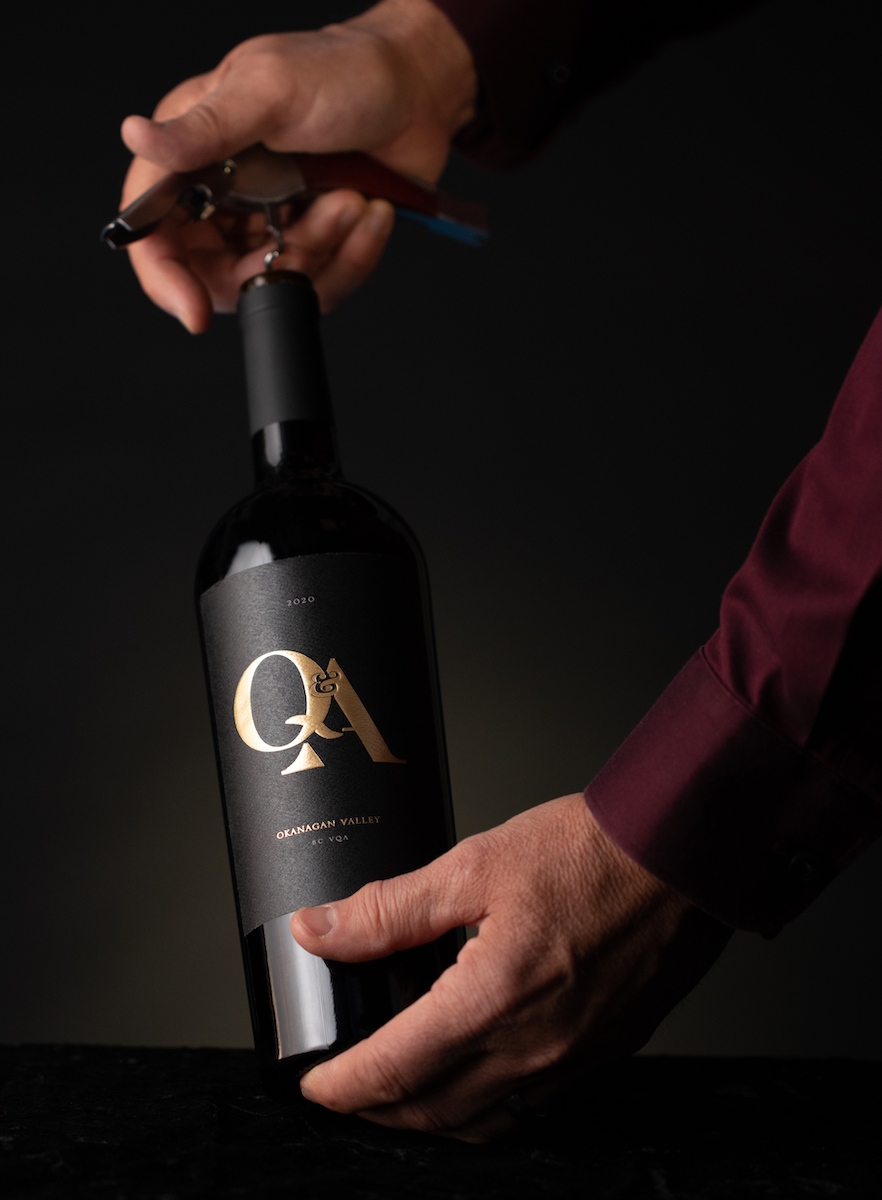 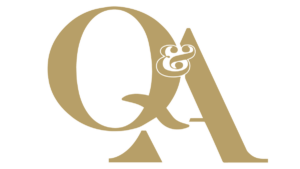 Jason Priestley, former Black Hills Estate Winery co-owner, Hollywood actor and director with starring roles including Beverly Hills, 90210, and Private Eyes, has partnered with friend and media broadcaster Terry David Mulligan and winemaker Michal Mosny in the creation of Q&A. This is a premium project that focuses on a single red wine sourced from some of the top vineyards in the Okanagan Valley.

British Columbia-born actor/director Jason Priestley turned his passion for wine into a serious commitment when he joined the ownership group of Black Hills Estate Winery in British Columbia’s Okanagan Valley in October 2007. Priestley was part of a team that grew Black Hills into one of the South Okanagan’s leading wineries, anchored by its flagship Nota Bene red blend. The winery was sold to Andrew Peller Limited in 2017.

“After the sale, I continued to search for exceptional terroir capable of producing a peerless Bordeaux-style blend. Throughout this journey, I merged paths with Terry and then Michal. Together, we questioned what we already know, over and over again,” said Priestley. “After looking everywhere, all roads lead to one answer and the answer is once again in the Okanagan. This time, the difference is in the details, with a focus on elegance and finesse.”

“I heard about Canadian wine for the first time from Terry and Jason’s international television show, Hollywood and Vines TV, and it quickly became my passion,” shared Mosny. “They are the reason why I decided to move here with my wife in 2012 and make wines in the Okanagan Valley.” Slovakian-Canadian Mosny is the proprietor of Winemaker’s CUT, an acclaimed winery based in the District Wine Village in Oliver, BC.

“Q&A and Winemaker’s CUT share the same vision and philosophy towards wine,” said Mosny. “Both labels reflect our curious and detail-obsessed demeanour. We leave no stone unturned in finding what we seek. If the answer does not exist, it is the opportunity to make the calls for ourselves.”

The grapes for the 2020 Q&A come from the sun-drenched Quails Wayside and Chahal Vineyards in Oliver. “The purity and intensity of the fruits are accentuated by a meticulous oak regime and crafted through traditional winemaking methods,” explained Mosny.

“The Okanagan has always been the answer. I can attest from the time I lived in the Valley,” Mulligan laughed. “It all started with a question: what is next for this wine-producing paradise? Having asked countless more questions of myself, and to the guests as a show host, I am totally happy to have found the answers with Jason and Michael, and we are thrilled to share this project with you.”

The inaugural vintage of the Q&A red wine was released on Saturday, November 19th, 2022. Limited quantities are available online at qa.wine and soon after at selected premium stores that will be listed on our website.

About Q&A
Based in Canada’s Okanagan Valley, Q&A is a premium wine project by Hollywood actor Jason Priestley, media personality and broadcaster Terry David Mulligan and Winemaker’s CUT proprietor Michal Mosny. With over 50 years of combined industry experience, they started Q&A by questioning everything they know. Leaving no stone unturned, the outcome is a single wine that has the answer in the details. To hear it for yourself, visit qa.wine.