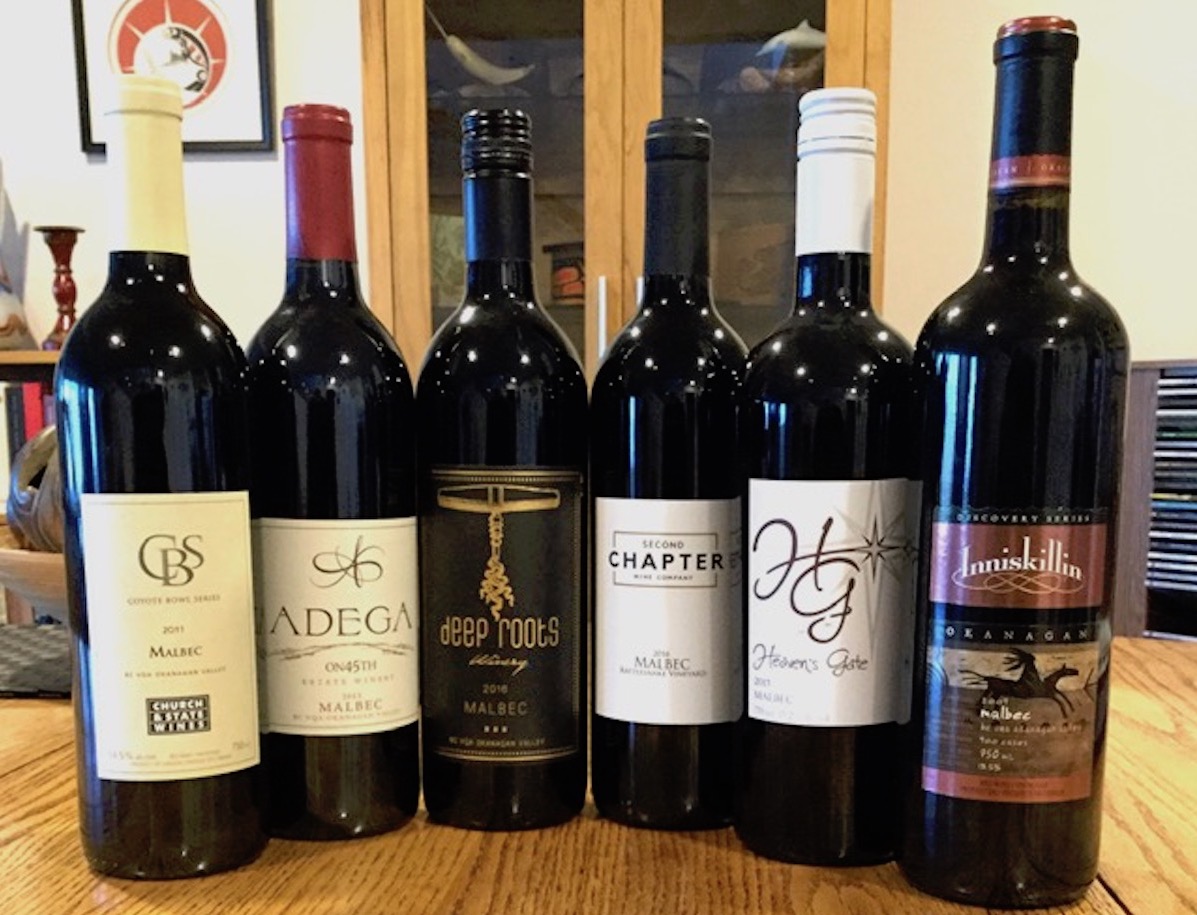 Friday, April 17th is World Malbec Day.  Most people tend to associate Malbec with Argentina and for good reason.  Argentina produces 75% of the world’s Malbec wine.  Most come from Mendoza and the best ones from the higher elevation areas of Uco Valley and Lujan de Cuyo.  These wines are full-bodied, with medium alcohol, lower acidity, and tannins.  Malbec is many people’s favourite wine because they tend to be bold and smooth.

However, many may not know that this grape has its roots in Bordeaux France, where it has been a minor player (under 10%) in their blends.  It is also found in Cahors, to the east where it is warmer and sunnier.  Here, Malbec (also known as Cot) takes the lead with supporting roles played by Merlot and Tannat.  Interestingly no Cabernet Sauvignon or Cabernet Franc is allowed in Cahors.  Cot (aka Malbec) can also be found in the Loire.  When grown in Cahors, Malbec tends to be darkly colored with aromas of meat, dried herbs, black cherries, and cedar. Cahors wines tend to be tighter and leaner than their Argentinian cousins.

Malbec can also be found in small amounts in many other wine-producing countries.

So, is there a BC connection?  Happily, yes.  Many wineries use small amounts of it in their Bordeaux styles blends, and some even do single-variety bottlings, sometimes as a rosé, including:

(my apologies to anyone I may have missed)

These BC Malbecs, tend to straddle the Old World (France) and New World (Argentina) spectrum showing the best qualities of each earning them the designation Next World wines and I can assure you that they are very worth seeking out.

Feeling adventurous?  If you like Malbec you might also want to try, Bonarda (Argentina), Monastrell (Spain), Syrah or Merlot.

Uncork the Sun – Plan Your Next Visit