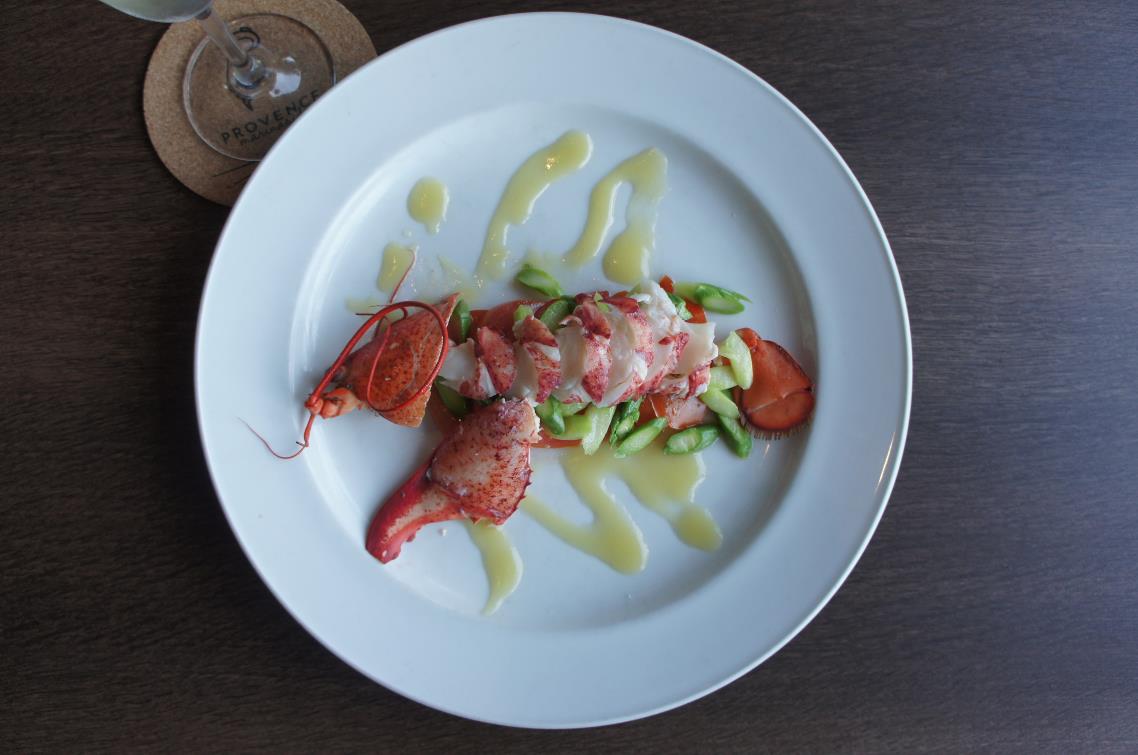 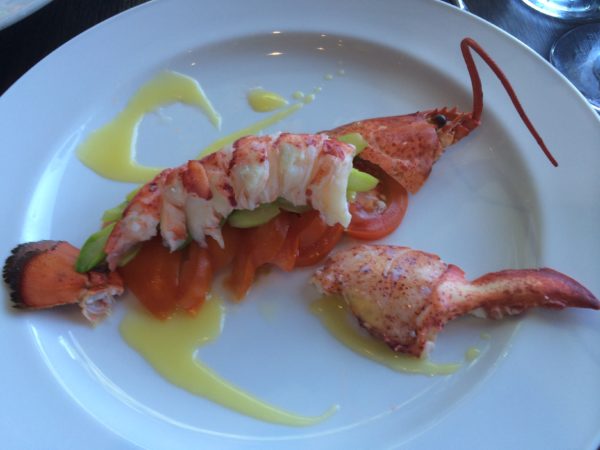  Cover and bring the pot of salted water to a boil.

 When the water is boiling drop in the lobsters, cover, and cook for 7 minutes.

 Immediately remove the lobsters and plunge them into the ice-water bath.

 Let them cool for 15 minutes.

 Remove from ice-bath, drain and cut each lobster in half. Set aside.

 Lightly blanch asparagus in boiling salted water and then quickly place into ice-bath to stop the cooking.

 Remove from ice-bath and drain.

 For each serving you will use 2 asparagus spears. Chop each spear into 6 pieces and set aside.

 Slice the heirloom tomato into quarters and then thinly slice each quarter.

 For each serving, arrange one quarter of the tomato slices on a plate and season lightly with salt and pepper.

 Arrange 12 of the asparagus pieces on and around the tomatoes.

 Place a half lobster on top of the tomatoes, cut side up.

 Drizzle each lobster half with some of the vinaigrette and some on the side of the tomatoes.

 Place all the ingredients in a bowl and whisk together or place in a glass jar with a lid and shake to emulsify. 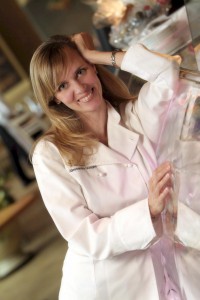